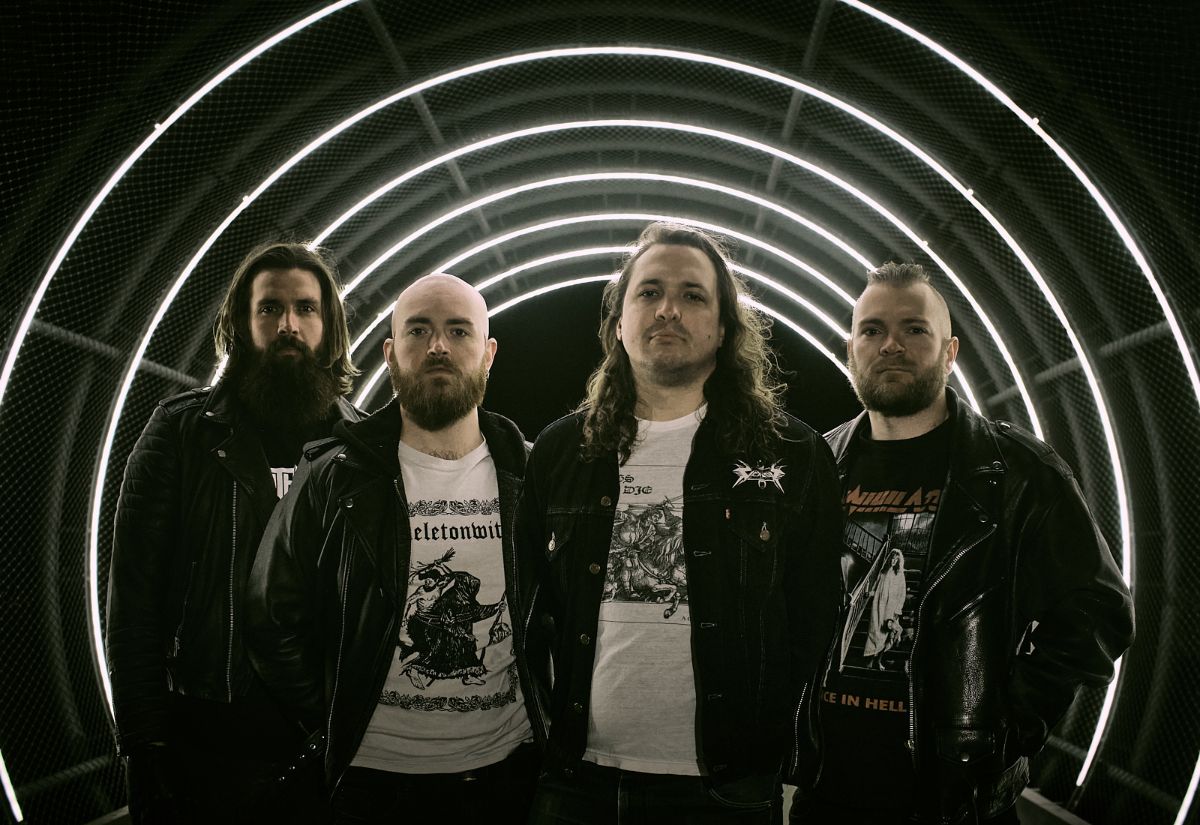 The world is ruled by speed. Speed which drives history forward in a state of ever-increasing acceleration. Such is the central claim of dromology; a theory of speed originated by French philosopher Paul Virilio (1932-2018). It is on this premise that the new Danish-American Sci-fi thrashers Terminalist base their conceptual universe. On their debut album ‘The Great Acceleration’ set for a May 7th 2021 release via Indisciplinarian, they bring the dromocratic philosophy together with their own science fiction narratives as they describe a world in crisis and a planet in collapse being abandoned in favor of colonization of space.

“Our modern world is one permeated by crises and fueled by constant changes happening at a seemingly increasing rate. This song and its visual montage-style accompaniment is about feeling the firm ground crumble beneath you, and utilizing the disturbances to take flight – a move exhilarating, yet terrifying.”

Terminalist formed in 2018 and debuted a year later with the EP ‘Abandon All Liberties’, followed in 2020 by the single Voyagers. The four-man band harken back to the traditional and technical thrash metal of the late 1980’s, bringing it up to date by fusing it with black metal blast beats, death metal growls, and grandiose prog rock concepts. The result is modern in its concoction, yet retro in its appeal; a style the band itself has dubbed hyperthrash.

Terminalist use the lens of dromology to describe the duality of technology and investigate Virilio’s thesis that the invention of the ship was also the invention of the shipwreck; continuing the thrash metal tradition of political criticism and pessimism about the future. Yet, Terminalist fit in among a new generation of metal bands using the genre’s monstrous sounds to illustrate the downfall of modern society in favor of something new and unknown. This is conveyed in a sound which is fast and aggressive, melodic and dynamic; catchy yet technical.

‘The Great Acceleration’ was recorded and produced by Lasse Ballade (Konvent, Alkymist, Deiquisitor, Slægt, Orm) at Ballade Studios in Copenhagen during the summer of 2020, mastered by V. Santura (Triptykon, Dark Fortress) at Woodshed Studio in Germany, and the artwork is created by Ryan T. Hancock. The album will be released on May 7, 2021 on vinyl, tape and digital formats via Indisciplinarian, and physical pre-orders – including the vinyl versions limited to 300 black and 100 red copies – are now available HERE.