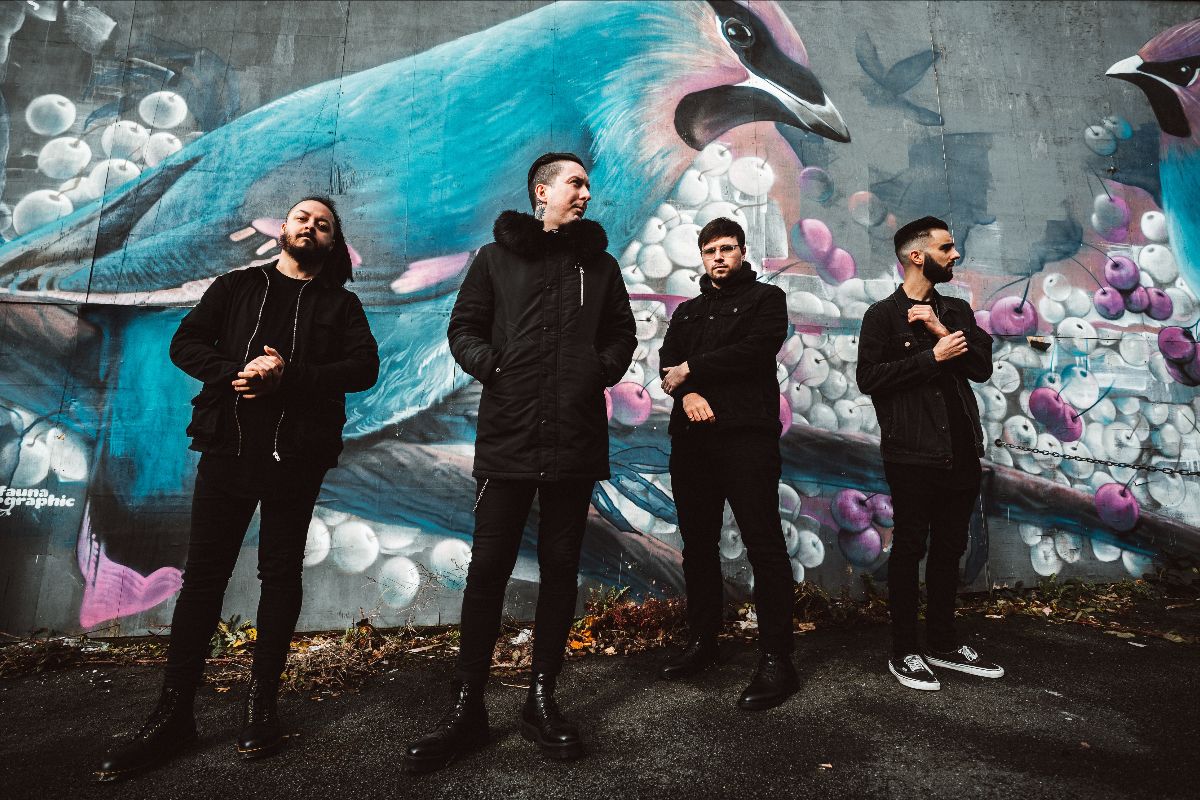 Liverpool’s Death Blooms today release a crushingly cathartic new EP, fittingly titled ‘Fuck Everything’, via Adventure Cat Records. Along with the release, they’ve revealed a music video for ‘Gore’, a new track which features in the collection. “It’s a complete homage to all the horror movies we’ve all become so obsessed with and attached to,” says vocalist Paul Barrow when musing on the inspiration behind ‘Gore’. “It’s about the potential unlocking of all the panic and rage that we see so much in that platform and how it could so easily spill over and transfer itself into our own personal realities.”

The title track of the EP was recently featured on the BBC Radio 1 Indie Show as Jack Saunders’ Next Wave and the release has also garnered attention from behemoth rock publications such as Kerrang! and Rock Sound. “This EP seems like the right amount of spit and bile to sum up everyone’s current frustrations in musical form at this present moment,” says Barrow about how the EP’s intent is so befitting of the current state of the world.

The gargantuan ‘Life Is Pain’, and ‘Anger’ also feature on ‘Fuck Everything’ and were released last year, pricking the ears of Slipknot’s camp and earning Death Blooms a coveted slot on the line-up of the inaugural Pulse of The Maggots Fest in November. In a year where being a part of any sort of live show was a logistical nightmare, the band also managed to play a couple of socially-distanced gigs supporting the hotly-tipped Wargasm.

Death Blooms released their vitriolic ‘You Are Filth’ EP in 2019 and, when they’ve had an opportunity to tour in real life, have had crowds across the country headbanging along to their vigorous live show, already sharing stages with the likes of Loathe, Insane Clown Posse, King 810, Korn’s Jonathan Davis, Ded and Skindred.