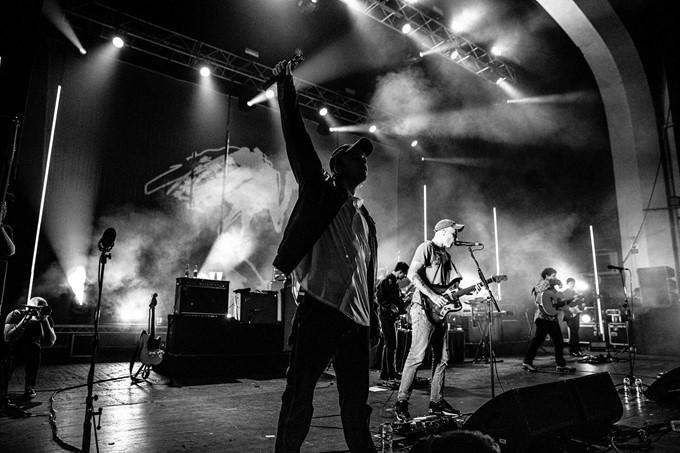 As their recent ‘Live At Brixton’ album demonstrates, few bands can deliver a unifying, live-affirming live show in the way that DMA’S can. Their long awaited UK headline tour has just been rescheduled for October, and it’s sure to be an electrifying experience as the band and their fans are reunited.

The tour includes their biggest UK headline show to date at London’s prestigious 10,000 capacity Alexandra Palace, and has been boosted with the addition of a new date at Bath Pavilion on October 27th.

DMA’S will play the following shows:

Tickets for the Bath show will go on sale from 10am this Friday, March 19th, and will be available here. Remaining tickets for all other shows are available now from the same link.

Information regarding shows in Ireland will be announced in due course.

The ‘Live At Brixton’ album provides a taste of what to expect from the band’s high impact live experience.  From early favourites ‘In The Air’ and ‘Lay Down’ to new material such as ‘Silver’ and ‘Life Is A Game Of Changing’ from their hugely successful third studio album ‘THE GLOW’ (which hit #4 in the UK and #2 in Australia), DMA’S inspire a rapturous reception.