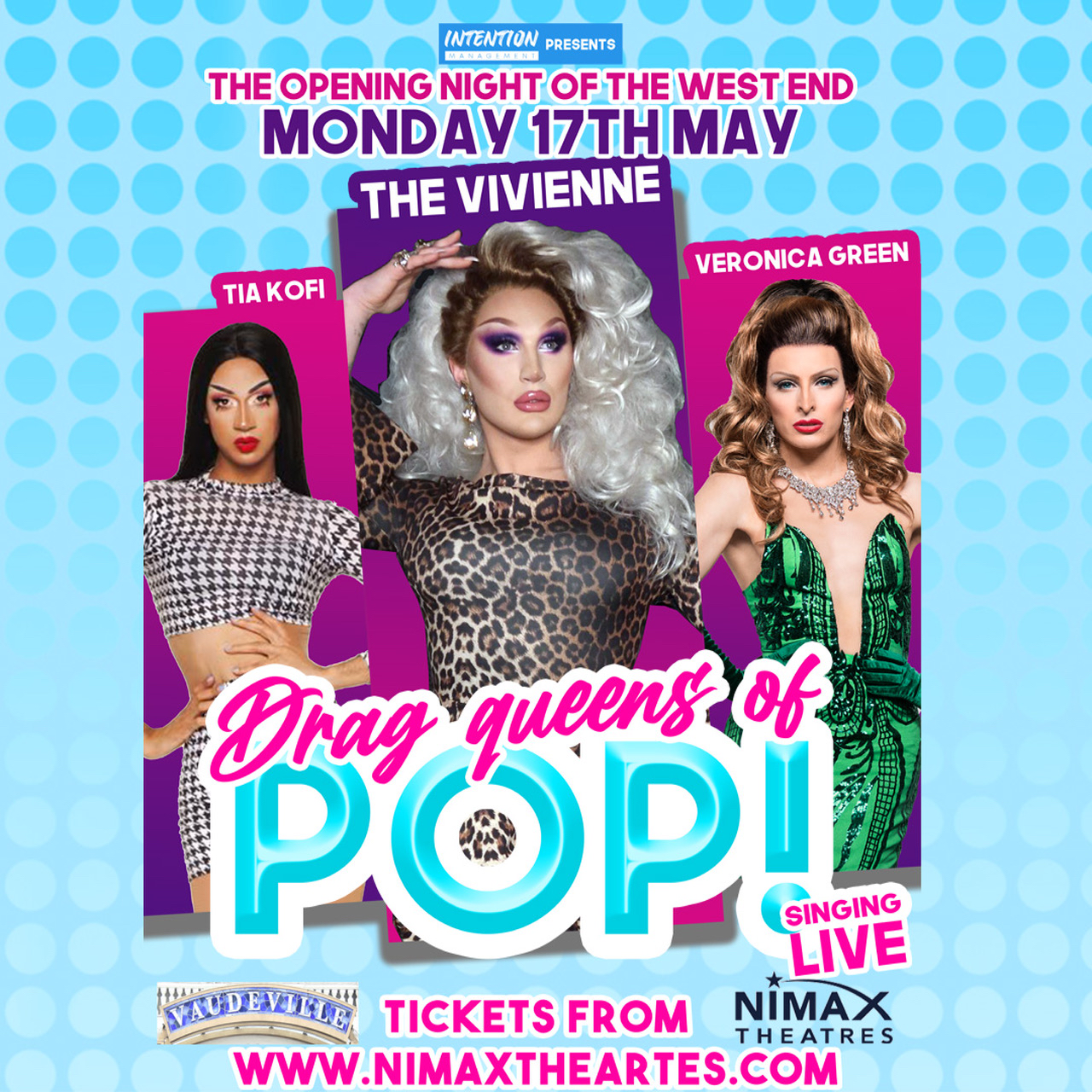 The show at the Vaudeville Theatre on The Strand marks the opening night of theatres in London following the UK’s national lockdown.

The UK’s first Drag Race champion The Vivienne will be joined by break out stars of Season 2 Tia Kofi and Veronica Green for an all live singing pop show, with a little dash of comedy thrown in. The queens will be singing their own music releases alongside some covers of classic pop hits. All three stars will be singing live, this is not a lip sync show!

The Vivienne releases her new single ‘Bitch On Heels’ next week, following the success of her previous releases in 2020. Tia Kofi recently released her acclaimed single ‘Outside In’ which was debuted by Radio 2 and has had over 400,000 streams in a month. Veronica Green is a musical theatre star who will release her debut single later this month.

The show is produced by Intention Management and tickets are available from today through Nimax Theatres, prices range from £20.00 – £40.00.

Following UK Government guidelines, specific safety measures have been put in place for those attending the show. These include a maximum of six people per group, one metre plus distance between groups, contactless ticketing, staggered arrival times, one-way systems and preordered drinks. A new online ticketing system uses an algorithm that will allow theatregoers to choose specific seats. The necessary space around them will be automatically removed to ensure social distancing. Face coverings will be required at all times, aside from when audience members are eating or drinking.