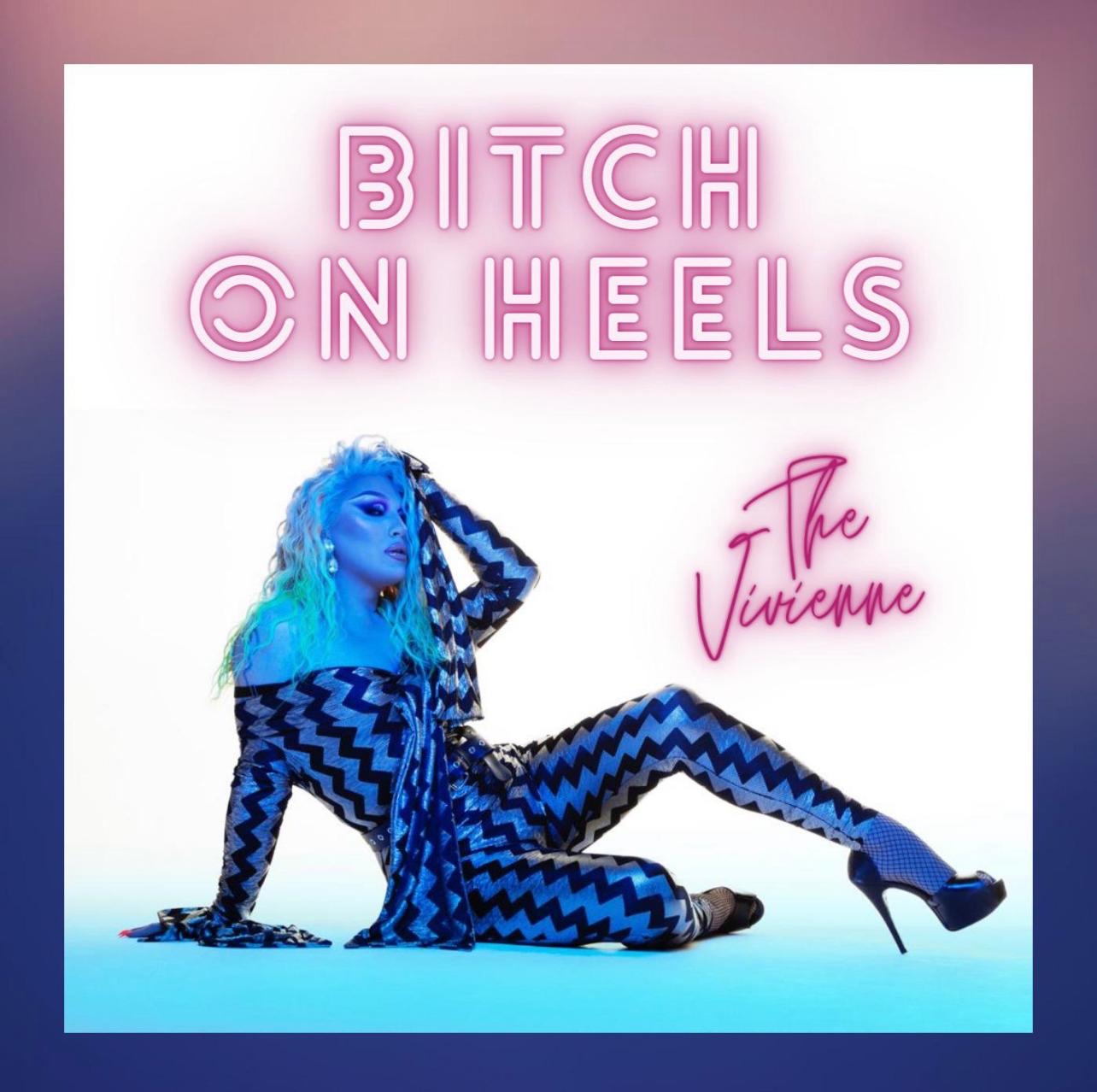 The UK’s first drag superstar and first winner of RuPaul’s Drag Race UK, The Vivienne, will release her sensational new single ‘Bitch On Heels’ on Thursday March 25th via Intention Records.
‘Bitch On Heels’ is an infectious, tongue in cheek, electro pop song written by legendary songwriter Diane Warren, who has written for superstars including Whitney Houston, Celine Dion, Cher, Britney Spears and Beyonce amongst others. Production on the track is from rising Swedish producer Tannergard (Martin Jensen, BTS).

Hailing from Liverpool, The Vivienne is a massive fan of Diane Warren and grew up listening to her songs for Cher and Aerosmith.

The Vivienne says: “To record a song written by Diane Warren is simply a dream come true. I have listened to her songs all my life, and the minute I heard Bitch On Heels I knew it was a song I just had to record. The lyrics are all about the two sides that every person has inside them. I can be sweet and lovely, but catch me at the wrong time and I’m a bitch on heels!”
The Vivienne launched her music career in 2020 with her debut single ‘Tonight’ and a cover of ‘You Spin Me Round’, a collaboration with uber remixer Initial Talk.

She performed ‘You Spin Me Round’ at both Attitude Magazine’s 2020 Awards and the New Year’s Eve special of ‘The Great British Sewing Bee’ on BBC One.

The Vivienne emerged as the champion of the first season of RuPaul’s Drag Race UK, taking the crown after eight weeks of amazing challenges and sickening runways. Since then she filmed her own BBC Three / BBC iPlayer show ‘The Vivienne Takes On Hollywood’ and has her own show with Netflix, ‘I Like To Watch’, alongside numerous TV appearances on shows such as Celebrity Juice, Lorraine, Rob & Romesh Vs and ITV2’s V Festival show.