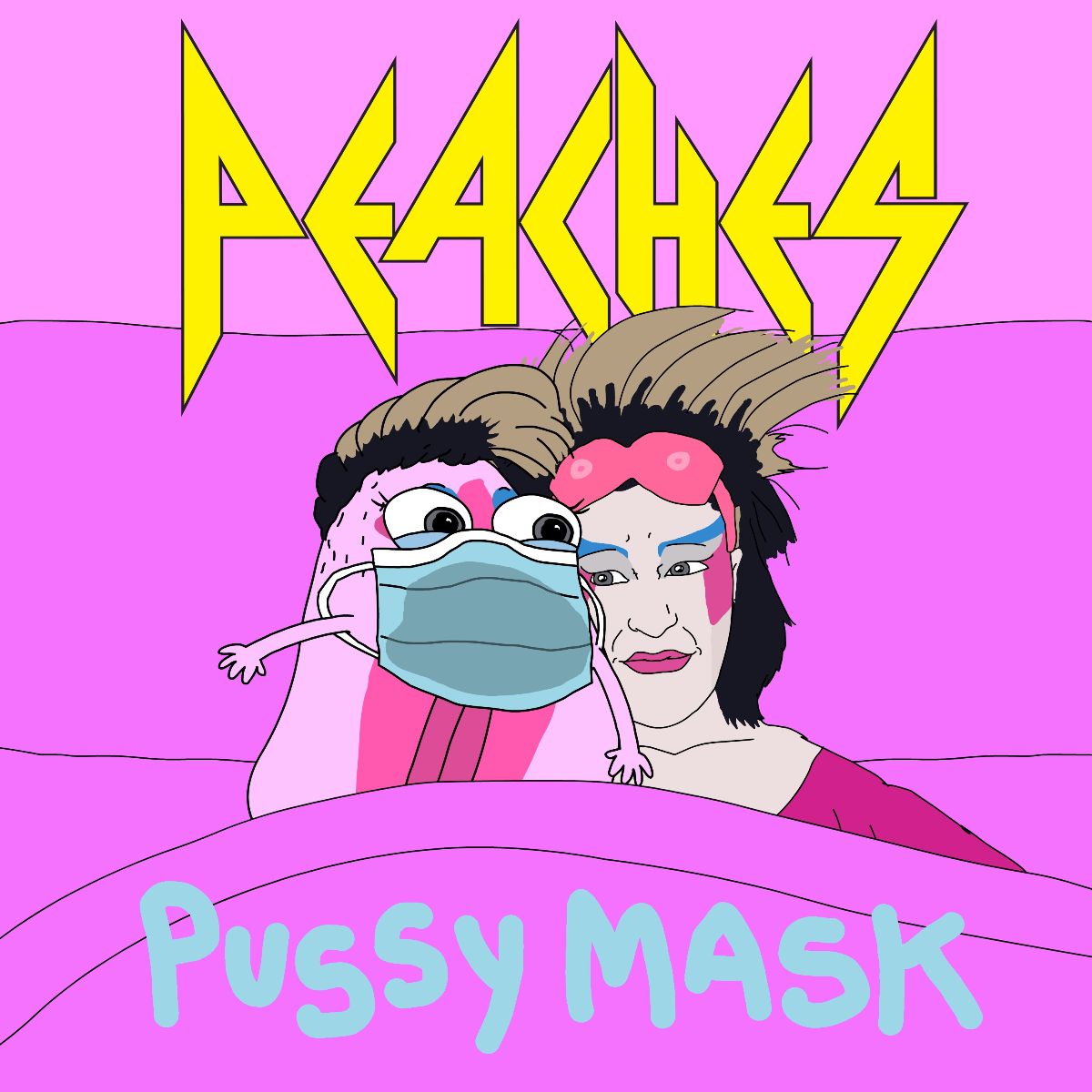 Peaches says, “Because of the pandemic, our collective anxieties unite us more than ever. Even though it may not affect each one of us the same way, we all have similar base concerns. A serious reminder that we are all in this together. I wanted the song to be absurd and fun but also a reflection of our concerns. The humor shines some light into our dark, confusing, and frustrating reality.“

The “Pussy Mask” standard black vinyl 7″ and picture disc 7″ will be released on June 25, pre-order now via the Third Man Records store.

Peaches has always been a political figure, with lyrics famous for their focus on social inequality, body image, gender, and age equality. She was called a “heroine” by The New York Times and has spent the past two decades upending stereotypes and challenging social norms while championing issues of gender equality and sexual identity with biting wit and fearless originality.

On her latest releases, she’s more direct and defiant than ever. In just the past 6 months she’s taken on systemic oppression on “Flip This”, celebrated the 48th anniversary of Roe v Wade with friends Cyndi Lauper, Nona Hendyrx, Linda Perry and more on Amanda Shires’ “Our Problem” and last year her seminal album The Teaches of Peaches turned 20, in a retrospective NPR said it fundamentally “shifted the window for sex in pop.” This year she has also collaborated with Dave Grohl, Nick Cave and Tenacious D and co-created Fill The Whole, an online gaming experience, with award-winning directors and digital artists Pussykrew for the prestigious music and arts festival CTM in Berlin.