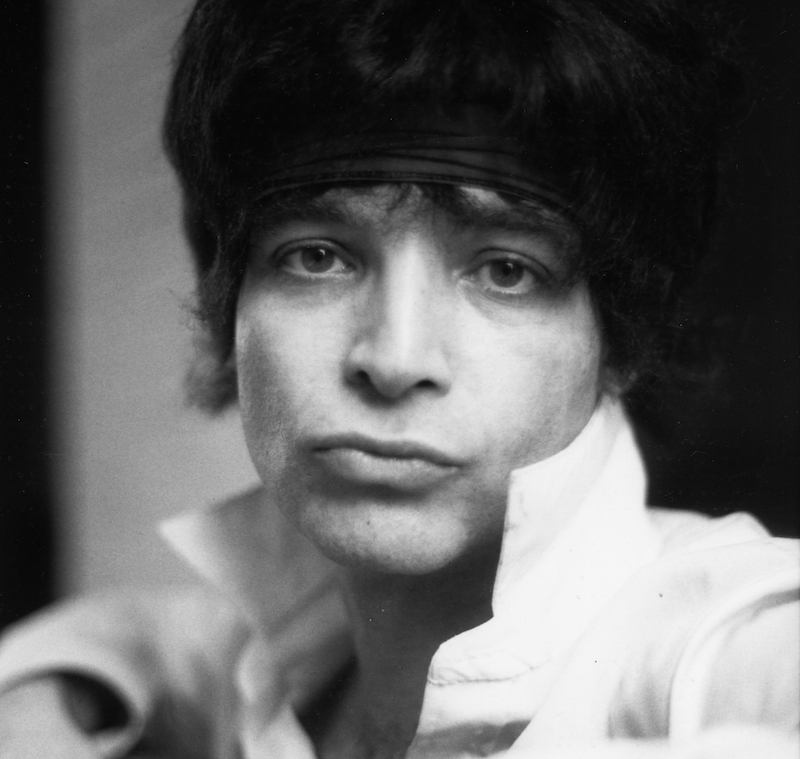 Iconic musician, poet and visual artist Alan Vega was an uncompromising visionary. His work proved informative in the invention of industrial, synth/post punk and his rousing lyrics were always a mirror of the times over the course of his six active decades. “Fist“, from his forthcoming lost album Mutator, due April 23rd via Sacred Bones Records, is the second piece to be unveiled from the Vega Vault. Of the single, frequent collaborator and partner Liz Lamere reveals, “Fist’s relentless forward movement of the music coupled with Vega’s battle cry lyrics makes it a powerful call for action to the people to muster their power, come together and Make One Nation. The message is timely, the impact timeless.”Vega’s close friend and confidante, Jared Artaud who helped mix and produce Mutator tells, “Alan Vega was an architect of sound. ‘Fist’ reveals the album’s archetypal sonic framework of balancing intensity with calm. Music you can meditate to or blast during a protest march. Vega was a champion of the underdog. His lyrics inspire strength for the individual to rise up and destroy those destroying us. Fist sets ‘Mutator’ into motion with Vega’s ‘no notes’ mantra and blistering poetic truths that balance a dark vision with hope.”

Vega’s name is synonymous with unfettered creativity, from the late 1950s, through his years playing in Suicide, and all the way up until his death in 2016, Vega was constantly creating. This process naturally led to a wealth of material that didn’t see the light of day immediately when it was recorded, which came to be known as the Vega Vault. Mutator is the first in a series of archival releases from the Vault that will come out on Sacred Bones Records. It was recorded with Liz Lamere and discovered in the vault in 2019 by both Lamere and his close friend Jared Artaud. Soon after they mixed and produced the songs into the visionary album that was lurking within those tapes.

Alan Vega was born in Brooklyn in 1938. He co-founded the massively influential avant-garde band Suicide with Martin Rev in 1970, with whom he performed off and on throughout his life. Vega would go on to have a prolific career as a solo artist. His hit song “Jukebox Babe” led to a contract with Elektra Records, who released two albums including the cult classic Saturn Strip, produced by Ric Ocasek. From there, rejecting the commercial machine, he went back to his roots, doing a deep dive into experimenting with sound in the studio. This era resulted in new solo records coming out consistently throughout the next several decades; starting with Deuce Avenue, continuing through Dujang Prang (on Henry Rollins’ 2.13.61 imprint), and culminating with his masterpiece It. Vega considered the albums from this period the audio counterpoint to his visual art that reflected the world around him while simultaneously delving into universal themes. It makes his work as relevant today as it was then.

It was during this period that he began working with Liz Lamere, who became his wife and the most crucial collaborator of his solo career. Lamere, along with fellow Vega collaborator Jared Artaud discovered in 2019 the lost Vega album, Mutator, which they co-produced and mixed. Along with creative director Michael Handis, they are now spearheading the Alan Vega Vault project, which aims to bring rare and unreleased work from throughout Vega’s career to the public for the first time.

Mutator will be released via Sacred Bones Records on April 23 in partnership with the Alan Vega Vault project.