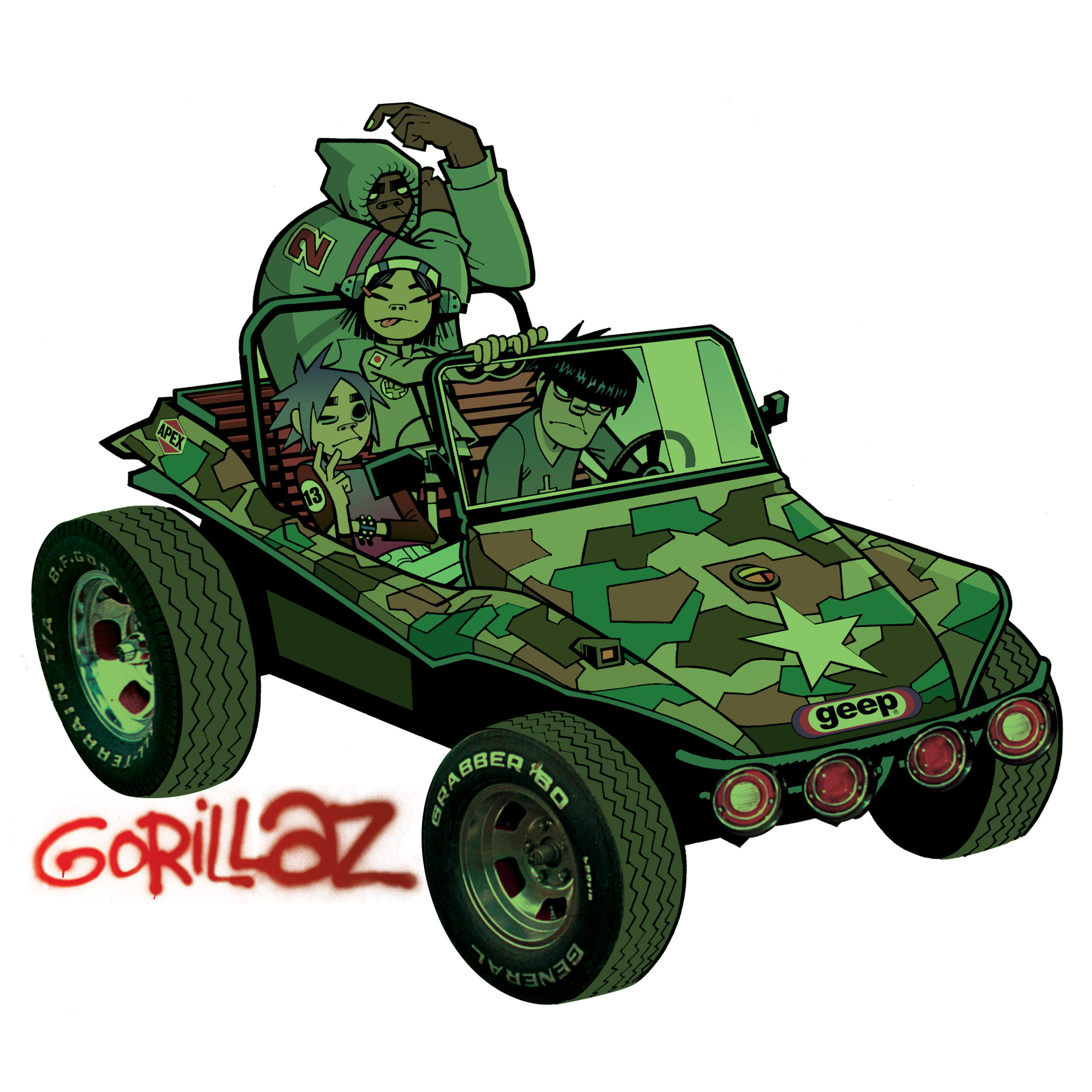 Today marks 20 years since four outsiders were drawn together to seize the title of biggest virtual band in the world with the release of their eponymous debut album Gorillaz on 26th March 2001.

Gorillaz bassist Murdoc Niccals said – “I’m exhausted. 20 years is a long time to be top of your game and let’s be clear here, it’s a one man gig keeping this show on the road. A lot of names get bandied about, a lot of pretenders to the throne, one or two in particular… But there is only one Murdoc Niccals. As an ex of mine once said, it’s hard to be a diamond in a rhinestone world.”

Created by musician Damon Albarn and artist Jamie Hewlett, singer 2D, bassist Murdoc Niccals, drummer Russel Hobbs and Japanese guitar prodigy Noodle were formed following a collision of mishaps, meetings and pure luck to blow up a pre-digital world with their colourful backstory and ground-breaking virtual ways. Based at Kong Studios in West London, the band settled into a life of musical innovation with an eye-wateringly exciting roster of collaborators, a list that includes musical legends, geniuses and future stars from Elton John to Little Simz, MF DOOM to Jean-Michel Jarre, Grace Jones to slowthai, Kali Uchis to Sidiki Diabaté, plus so many more. Full list below!

In celebration of two glorious decades of Gorillaz, 2021 will see the exciting arrival of an all-new G Foot Collection, the band’s very own clothing line, relaunched to celebrate 20 years of the Gorillaz unique style. The band will be partnering with leading transmedia art and luxury collectables brand Superplastic, for the release of all-new limited-edition vinyl toys and digital art collectibles featuring 2D, Murdoc, Noodle and Russel throughout 2021.

And later this year the band will release the first in a series of highly-anticipated album reissues, beginning with ‘Gorillaz’, the studio album that started it all. The attic of Kong Studios is a virtual treasure trove of Gorillaz ephemera, a giant biscuit tin of early ideas, deep dive musical moments, demos, early drawings and never-before-seen-or-heard Gorillaz memories. Murdoc Niccals, inspired by his hero Marie Kondo, will tackle that attic with a promise to spark joy in the hearts of fans around the world with a very special physical release featuring an abundance of declassified gems. More details coming soon.

With seven albums to their name, Gorillaz (2001), Demon Days (2005), Plastic Beach (2010), The Fall (2011), Humanz (2017), The Now Now (2018) and Song Machine: Season One – Strange Timez (2020), Gorillaz is a truly global phenomenon, achieving success in entirely new and unique ways, touring the world from San Diego to Syria, Montevideo to Manchester and winning numerous awards including the coveted Jim Henson Creativity Honor.

The first twenty years of Gorillaz has been non-stop, here are some of the highlights.