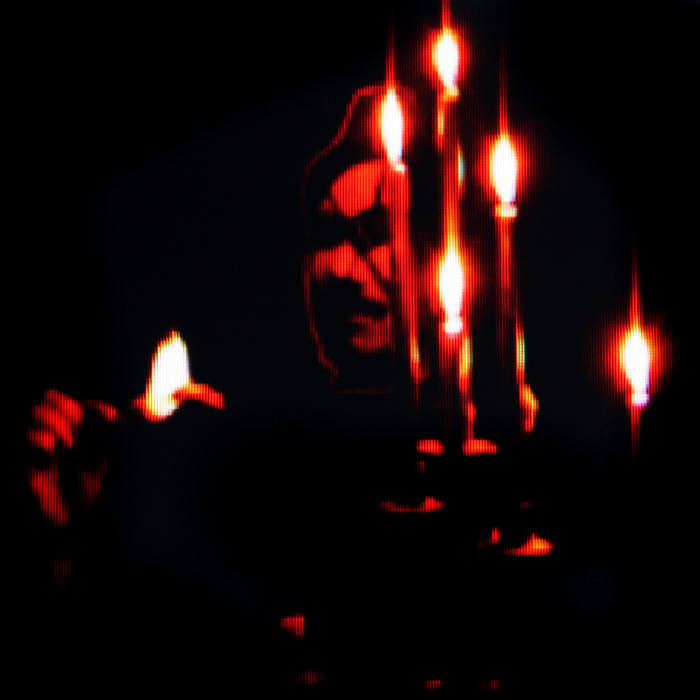 Don’t get us wrong,   We like what’s going at the fringes of modern classical music and the sweet spot as it crosses over with experimental electronica.  It’s just that all too often it’s a bit too civilized and respectable for its own good.

So it’s nice to encounter something from that musical area that has a hint of the wild and frightening about it.   Dublin-based Daniel Figgis has been known for staging big scale, often interactive public arts events involving music but other multimedia skills too.  On this five track EP – available on cassette and digital formats through Linear Obsessional – he is left to rely on his musical wits alone.  It certainly doesn’t seem to present him any problems in achieving the spectacular.

The title track is arguably the highlight here, a mainly rhythmic piece that doesn’t so much proceed as stampede.  It builds into a percussive frenzy like the soundtrack to some deranged Bacchanalian rite, and then just as quickly it’s gone.  Imagine being trampled underfoot by a herd of horses and loving every minute.

The remaining four tracks operate with a little more stealth and a little less sheer brutality, but apart from a brief outbreak of the thoroughly soothing – the oozing harmoniums of ‘hurty’ – there’s still an unsettled, surreal atmosphere around them, as familiar sounds (even a trilling typewriter at times, presumably giving the EP its title) are dipped in studio synthetics.

Daniel is apparently on a bit of a run at the moment, with various releases having dropped recently and more close to fruition.  We’re glad to hear it.  Beautifully rich, exquisite and individualistic, this Pool is definitely worth diving into.