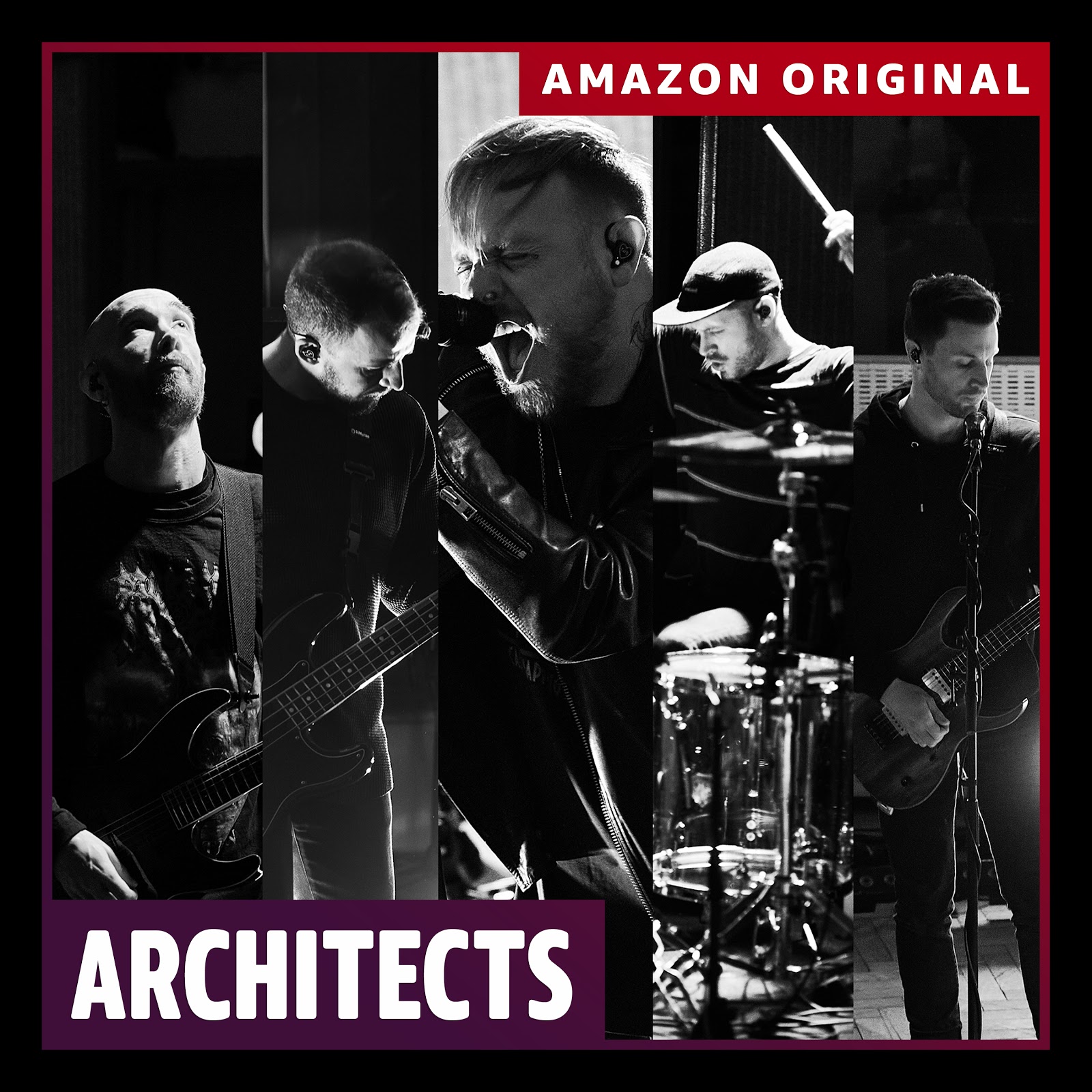 UK metalcore band Architects has released an Amazon Original version of their song “Animals” recorded live at Abbey Road Studios in London. This new version of the song is available to stream and purchase only on Amazon Music.

“This was an amazing opportunity to reimagine ‘Animals’ entirely,” says the band. “We took away the jagged synths, replaced them with an orchestra and recorded it in the world famous Studio 2 at Abbey Road Studios. The result is something unlike anything we’ve ever done before. We hope you enjoy it.”

Architects are a metalcore band from Brighton, England, formed by brothers Dan and Tom Searle in 2004. The band is acclaimed for it’s aggressive sound, complex guitar riffs and insightful lyrics, which established them as leaders in the hardcore and metals scenes in the early 2010s. Shortly after releasing their seventh studio album, 2016’s All Our Gods Have Abandoned Us, Architects founder and lead guitarist, Tom Searle, passed away after a lengthy battle with cancer. Architects returned after that tragic loss with the universally acclaimed Holy Hell in 2018, giving fans a devastating tribute to the band’s late frontman while also cementing Architects’ status as a mainstay in the genre. Architects’ ninth studio album, For Those That Wish to Exist, was released this past February via Epitaph Records and debuted at #1 in both Australia and the UK. Critics praised the album for it’s philosophical concern with the destruction of the planet’s environment.

Amazon Music listeners can find “Animals” (Orchestral Version) on the playlist “Metal Scene” the best place to find loud, supercharged metal music to stir up some mayhem in your world. Customers can also simply ask, “Alexa play the Amazon Original by Architects” in the Amazon app for iOS and Android and on Alexa-enabled devices. In addition to Architects, Amazon Music listeners can access hundreds of Amazon Originals featuring both emerging and established artists across numerous genres, available to stream and purchase only on Amazon Music.