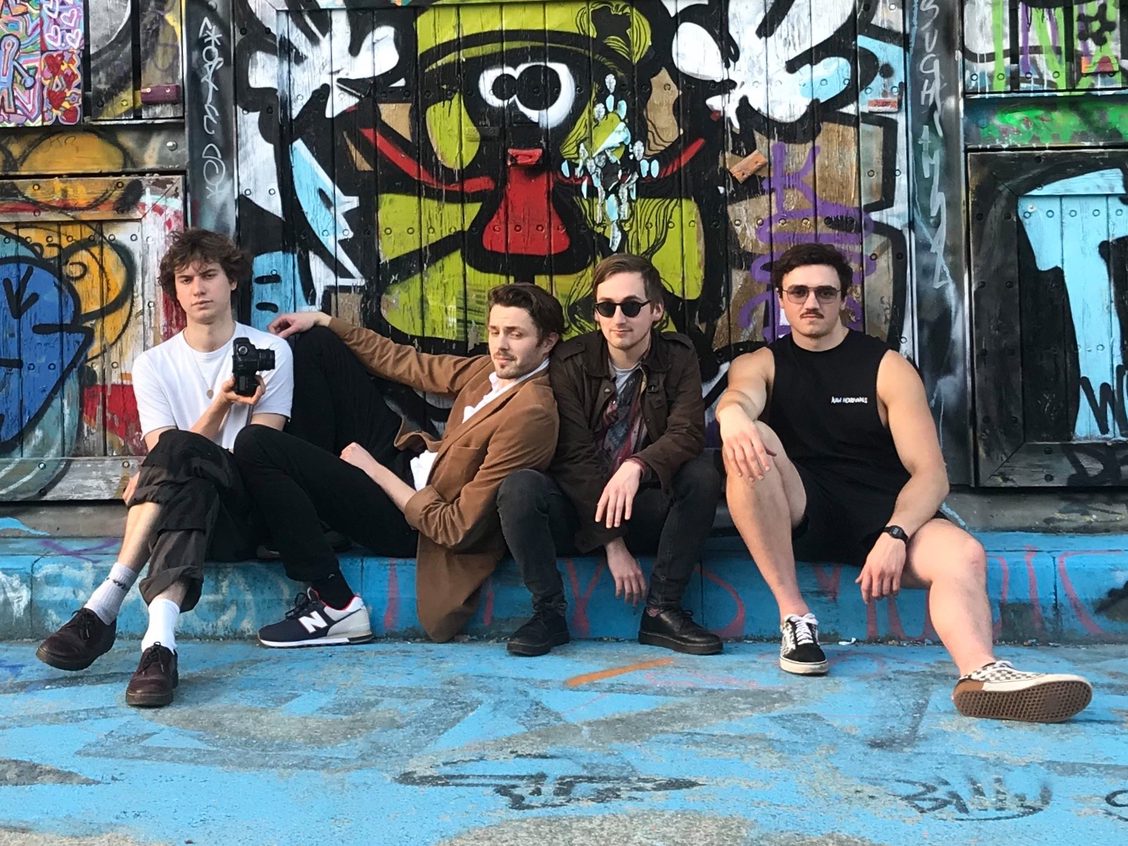 Post-punk is definitely turning out to be one of the watch words of 2021, with Shame, Dry Cleaning and Yard Act finding success after plugging themselves into the jagged, jerky aesthetic of early 80s acts like Talking Heads, The Fall and PiL.

South London four piece The Parasocials, on the other hand, seem to be looking down the post punk pipe from the other end. Their debut single ‘Karmatose’ , out April 30, seems to take its inspiration from the place post-punk ended up rather than started, namely the dry wit and scratchy soul funk of Orange Juice and even early Prefab Sprout. There’s a hint of the eccentric-embracing, raised eyebrow wit and observational style of XTC in there too, we reckon. At last, a new band that you can listen to without having to put on ‘This Nation’s Saving Grace’ afterwards just to cleanse your sonic palate.

A big thumbs up for the stylishly lackadaisical vocal delivery and superficially slacker grooves, which are actually executed with some precision and talent. Just don’t tell anyone!

And another big, or even bigger thumbs up for the sentiments of the song. It’s apparently about those people – and let’s face it, we all know a few – so wrapped up in their own pseudo religious dogma that they actually lose sight of the basics of life, namely just, you know, being nice to people and that.

As someone who has always followed Malcolm MclClaren’s wise words about never trusting hippies, we can only agree heartily and say that The Parasocials are a band we’re looking forward to hearing more from soon.