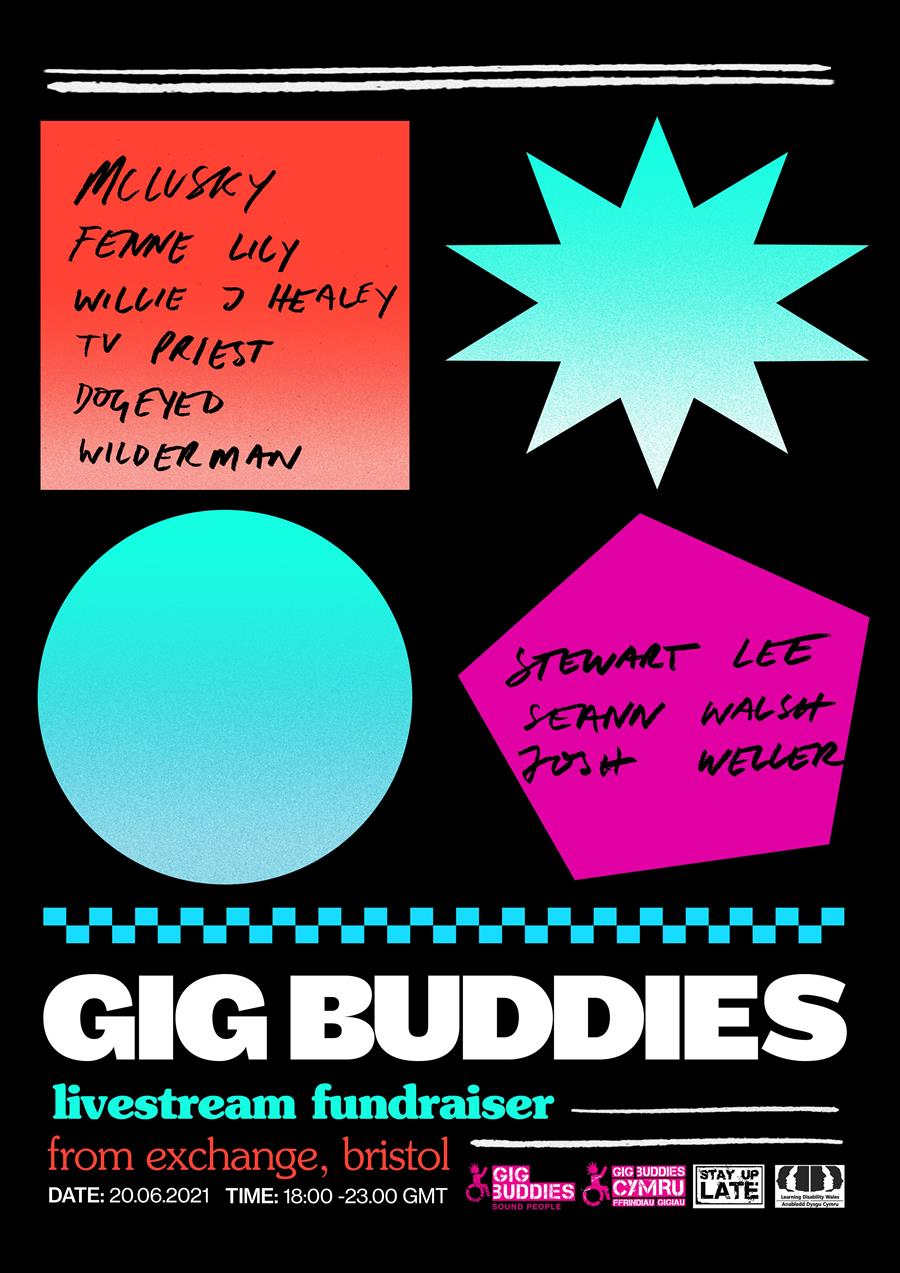 There will also be an online raffle that people can enter to win prizes from such acts as The National, Sharon Van Etten, Mogwai, Slowdive and BEAK> and artwork from the likes of Bristol artist Sickboy, The Maccabees‘ Orlando Weeks and Bristolian gig legend Big Jeff.

Gig Buddies matches adults with learning disabilities (and/or autism) with a volunteer who shares the same interests so they can attend gigs and events together.

The Gig Buddies scheme was founded in Brighton by the charity Stay Up Late in 2012 and has since spread to 11 other chapters across the UK, plus one in Sydney, Australia.

Dev had the following to say about the cause:

“After witnessing first hand what vital and wonderful work Gig Buddies do, It has been an honour and a privilege for me to be working with them and to help raise awareness of the wonderful service that they provide. Music and live events provide us all with so much happiness and catharsis, everyone deserves to have that joy in their lives. As we’re all hopefully getting back to a place where live events will be happening again, now is a great time to raise awareness for the charity.”

The event will be streamed from Exchange in Bristol on Sunday June 20th. Tickets are available to purchase now for a suggested donation of £5 with an additional option to enter the raffle.

Dev further adds: “The Cardiff chapter of Gig Buddies has recently expanded into North Wales and have rebranded as Gig Buddies Cymru and are now looking for a number of new volunteers and extra funding to help with this. Hopefully we can raise enough to provide them with what they need and then, fingers crossed, we’ll be able to also raise enough to then start a Bristol chapter of Gig Buddies. But that’s not ignoring the other chapters in rest of the country, of course.”

To purchase tickets for the event and/or buy raffle tickets, please go to: http://hdfst.uk/E64312

For more information on Gig Buddies then you can visit their official website here: https://stayuplate.org/gigbuddies/