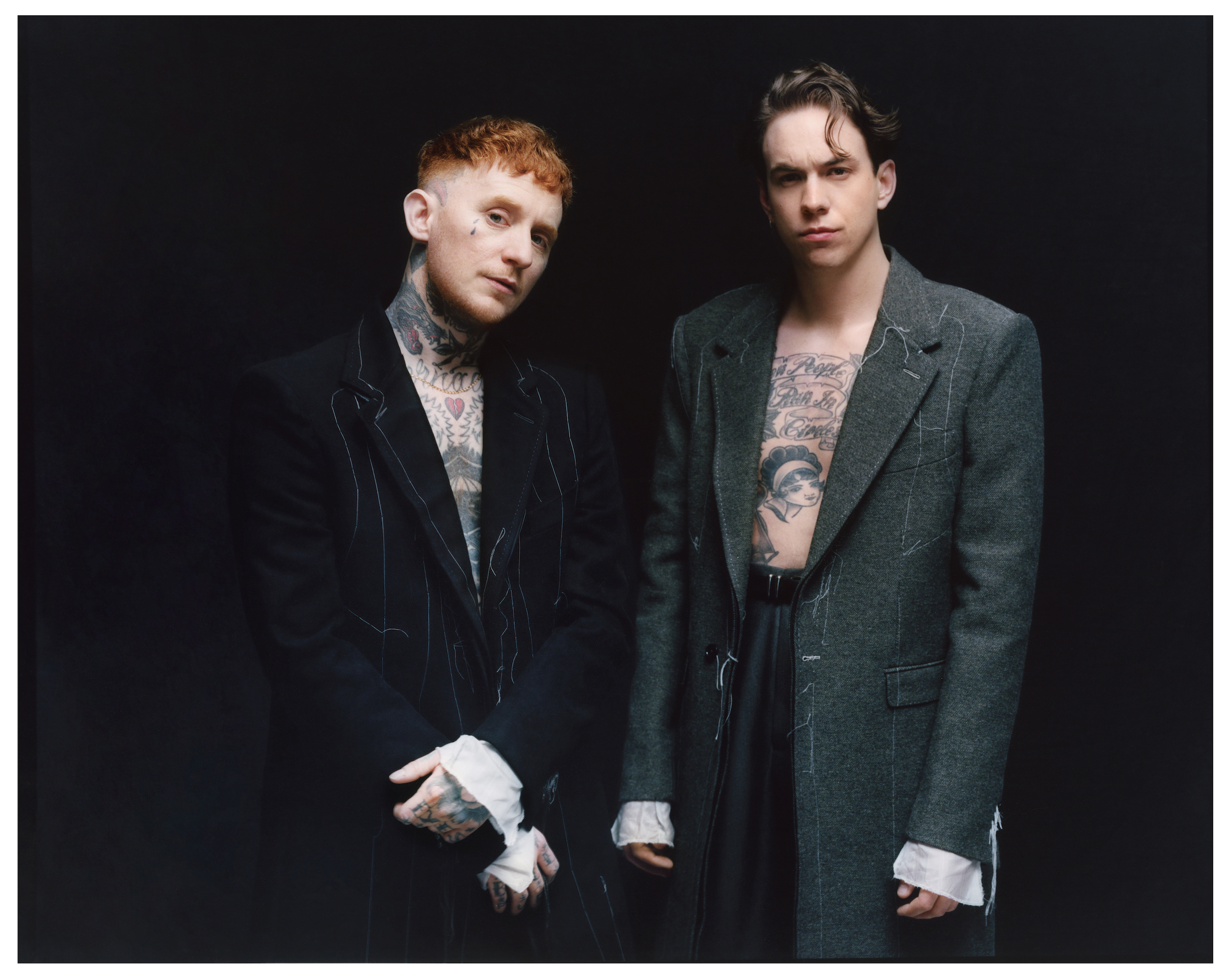 Today British rock band Frank Carter & The Rattlesnakes return with a brand new single titled ‘My Town’, featuring Joe Talbot of Idles.  The exhilarating comeback track is a rallying call, a statement of intent and the first piece of music released in over a year, airing this evening as Annie Mac’s Hottest Record In The World.

Produced by guitarist Dean Richardson for the first time in the band’s career, the result is incendiary.  ‘My Town’ solidifies the pair as one of the most exciting partnerships in British rock music and Carter – since his early days in hardcore punk band Gallows and then as Pure Love – as a vital voice in UK music, rallying against injustice, the patriarchy, right-wing politics and toxic masculinity.

Rewind to February 2020, the band had just played the gig of their lives, headlining Alexandra Palace in London – then the world pressed the pause button.  At first, they went into the studio to bottle that intensity, of being one of the best live acts in the country, with a number four album in 2019’s End of Suffering.  But during the uncertainty of the past year, where they snatched pockets of time to write together when they could, Frank Carter and Dean Richardson ended up with something far gnarlier, channeling all their frustrations and the grittiness of the city into new music.

“It’s easy to dissociate when it’s someone else’s problem but we are each responsible for keeping the streets clean, looking out for our fellow neighbours and acting with kindness and respect as we walk through life.  We can look into this town and see the seedy underbelly, the dirt, the disdain, the undercurrent of hate and despair.  And then we are reminded that My Town looks just like yours, and no one gives a fuck at all and if we don’t start looking after ourselves soon then we are all going to be in big trouble”.

The song features Joe Talbot of Idles.  Carter says he saw Talbot’s Bristol band perform and couldn’t stop crying  – “they had a tremendous effect on me” – and the two have since become firm friends.  Carter invited Talbot to guest, and the result is this stand out track.

Frank Carter & The Rattlesnakes will be performing ‘My Town’ for the very first time live on Amazon Music Sessions Rock Scene takeover on Twitch, this Thursday 29th April, supported by WARGASM.

Over the course of three albums since 2015, Frank Carter and Dean Richardson have built a reputation for blistering anthemia that owes as much to brooding desert rock as it does blistering hardcore and power-pop – sex, rage and letting rip.  They’re the very definition of a modern rock band, both artists as well as musicians – Richardson with his design studio Yuck and Carter, a well-known tattoo artist. But on My Town, their sound practically punches out of the speakers with a new directness and immediacy.