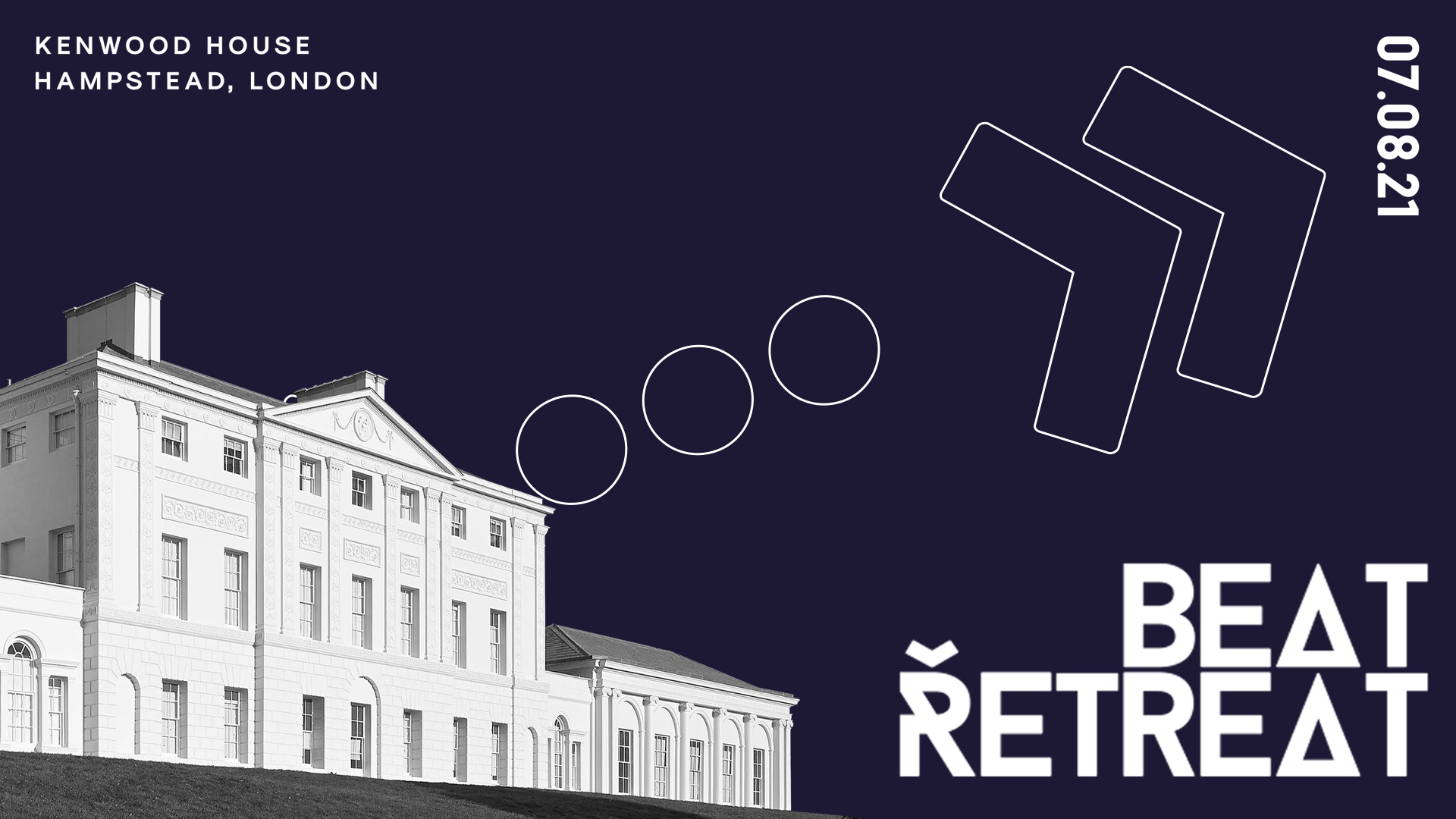 Beat Retreat, a brand new boutique event for London, ushers in a new kind of social gathering this summer, with the finest in immersive music and wellness experiences.

Sonically complementing the journey from sunrise to sunset on Saturday 7th August, Beat Retreat’s sounds evolve through the day. Taking in pioneers of the greenfield festival scene with a hint of the original Balearic spirit, the day is designed to supercharge your soul and set your senses alight at one of London’s most historic hidden gems.

Tom Findlay, one half of the legendary English electronic dance duo Groove Armada, digs into his love of disco, soul and yacht rock on solo venture ‘Loose Joints’. With over two decades of experience playing everywhere from Glastonbury to Ibiza in an act synonymous with the best chill-out and ambient moments in house music, Tom’s talent as a DJ is second to none. Next up North London’s very own Zero 7 also hold unrivalled acclaim in their field of intelligent, introspective downtempo productions. With their own timeless classics like ‘In The Waiting Line’ and ‘Destiny’, and an impressively varied career working alongside the likes of Sia, José González, Robert Plant and the Pet Shop Boys, the duo’s DJ credentials are equally as unquestionable and perfectly suited for Beat Retreat’s debut outing.

Under the command of spiritually rich electronic sounds, Beat Retreat brings together a selection of the UK’s leading wellness & wellbeing practitioners in a holistic celebration of life, freedom and music. With cutting-edge treatments, talks and seminars on everything from yoga to meditation and breathwork – never before has such a destination of discovery been found within the UK’s capital city, and what a year for it to arrive.

Maude Hirst, known for her acting role as Helga in hit TV series Vikings, and more recently for her journey through wellness which saw her founding EnergyRise, her work and story is resonating with hundreds of thousands of followers. Maude brings the best in meditation, yoga and inspirational energy to Beat Retreat this August, with ‘The Breath Guy’ Richie Bostock on hand to share his revolutionary breathing practises. Off the back of publishing his new book ‘Exhale’, Richie has game-changing techniques for finding your calm, performing at your best and ultimately being happy.

Iconic left-field DJ, Sunday Best label owner and Bestival co-founder Rob da Bank is not one for staying in a single lane. And Beat Retreat makes the most of his multitude of skills by hosting both his musical DJ journey through ambient soundscapes and leftfield rarities, as well as presenting Sleep Retreat – an invigorating relaxation session served as an antidote to 21st century living. Another artist connecting the dots between music and meditation, is pioneering producer, sound designer and sleep coach Tom Middleton. Currently creating music for apps like Calm and Breathonics he’s shared stages around the world with the likes of Mark Ronson, Lady Gaga and Kanye West, and through his work informed by the science of sound, Tom will provide a much needed dose of enriching sonic wellness to the day.

Completing today’s highly curated first announcement, is a host of names representing the very best of the Balearic party scene. Via Phil Mison aka Cantoma, ChrisCoco‘s Melodica show, and Potato Head Bali‘s Pete Herbert, the original Ibiza beach vibes are transported to UK shores. With more big names still to come, Beat Retreat pairs a host of names together on a line up for the first time, a careful and complimentary selection of UK acts, all with a global feel that transcends borders, bodies and minds.

Alongside this stunning location, the seamless marrying of music and wellness elements, Beat Retreat will be dishing up sustainable food and drink, with a handcrafted selection of street food partners bringing bold flavours and local produce, and a range of flowing beverages to suit the mood. More details coming soon.

Beat Retreat promises to be the ultimate summer garden party experience on Hampstead Heath this August 7th – offering healthy hedonists a place to escape, a chance to reset and a time to connect in an immersive world of discovery.

Limited Early Bird tickets are available now from £70 here, with General Release tickets then available for £95.