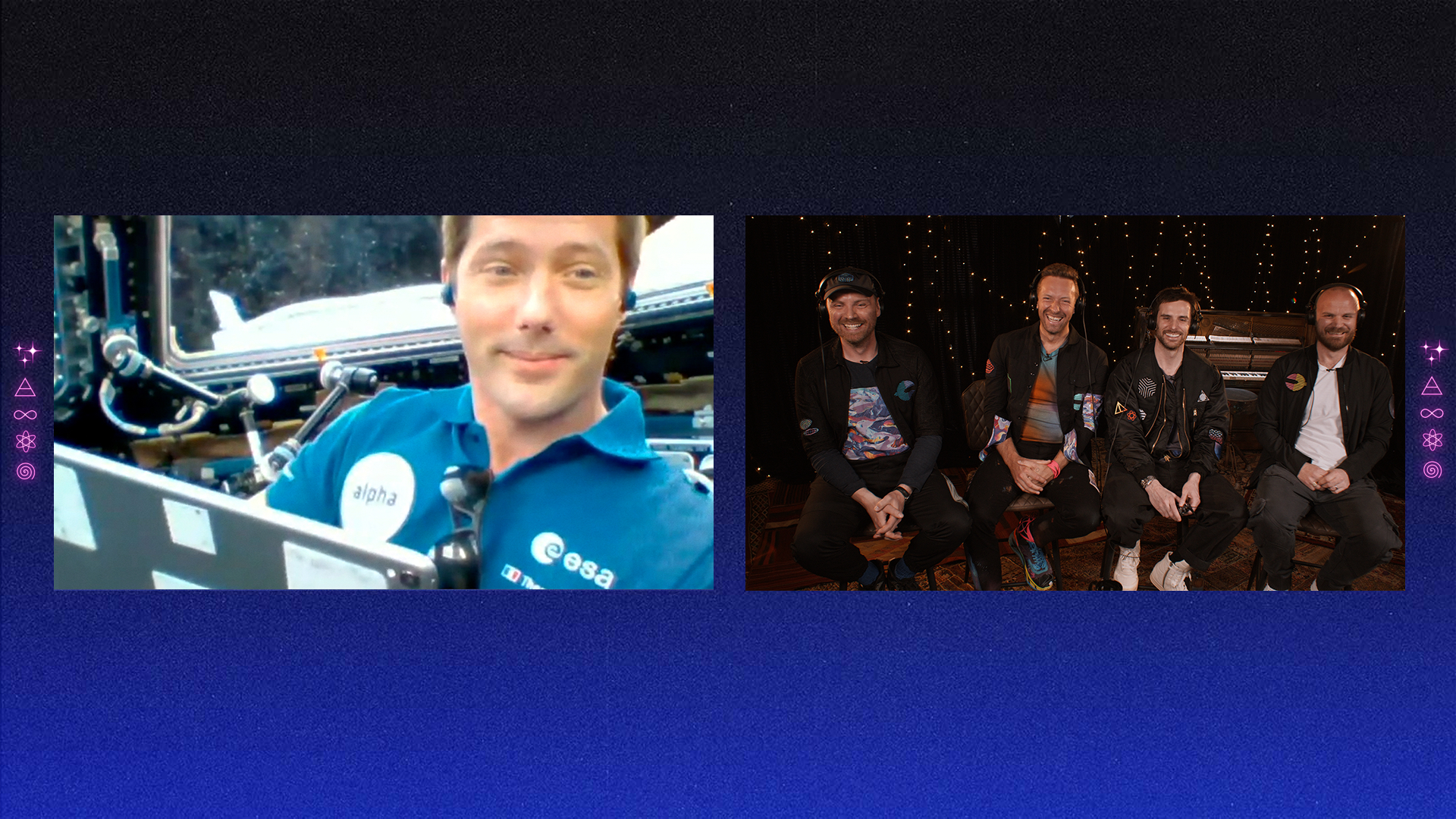 To celebrate Higher Power’s release, the band linked up for an extraterrestrial video chat with French ESA astronaut Thomas Pesquet, who is currently on board the International Space Station.

A specially-recorded performance of Higher Power – featuring dancing alien holograms – was beamed up to Pesquet, who gave the track its very first play on board the ISS.

The song’s premiere followed a conversation which took in similarities between life on tour and life on the ISS; the fragility of planet earth; and whether Pesquet has spotted any aliens.

Coldplay will perform Higher Power on American Idol on Sunday (9 May) and at the BRIT Awards on Tuesday (11 May). The band will also perform a set for Glastonbury’s Live At Worthy Farm global livestream on 22 May.