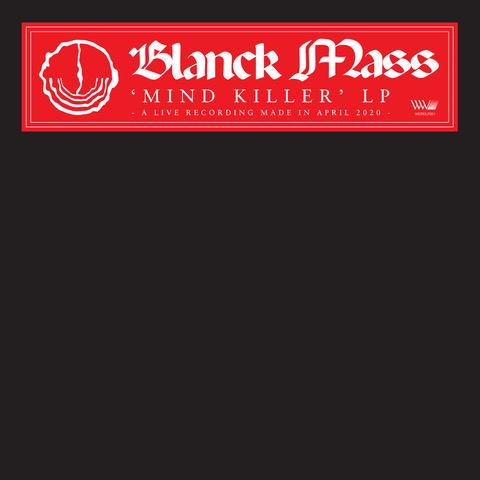 Blanck Mass – aka Benjamin John Power – announces ‘Mind Killer’, to be released on May 14th via his own label, Weirding Way. Recorded in April 2020 at the beginning of the lockdown, ‘Mind Killer’ is an improvised and original live-streamed performance by Blanck Mass. Using a core setup of the Korg VOLCA Series (beats, bass, sample & keys), the result is a 40+ minute long voyage into improvised techno and loop-work, warts and all. The only alteration to the live recording is a slight edit in length to fit onto a piece of vinyl.

The release is extremely limited with only one black vinyl pressing of 1,000 copies worldwide. It will be available from musicglue.com/blanck-mass-1/ and sacredbonesrecords.com. All relevant links can be found at https://geni.us/Mindkiller.

‘Mind Killer’ follows Blanck Mass’ recently released album ‘In Ferneaux‘. The album is made of an archive of field recordings from a decade of global travels. Isolation gave Blanck Mass an opportunity to make connections in a moment when being together was impossible. The record is divided into two long-form journeys that gather the memories of being with now-distant others through the composition of a nostalgic travelogue.