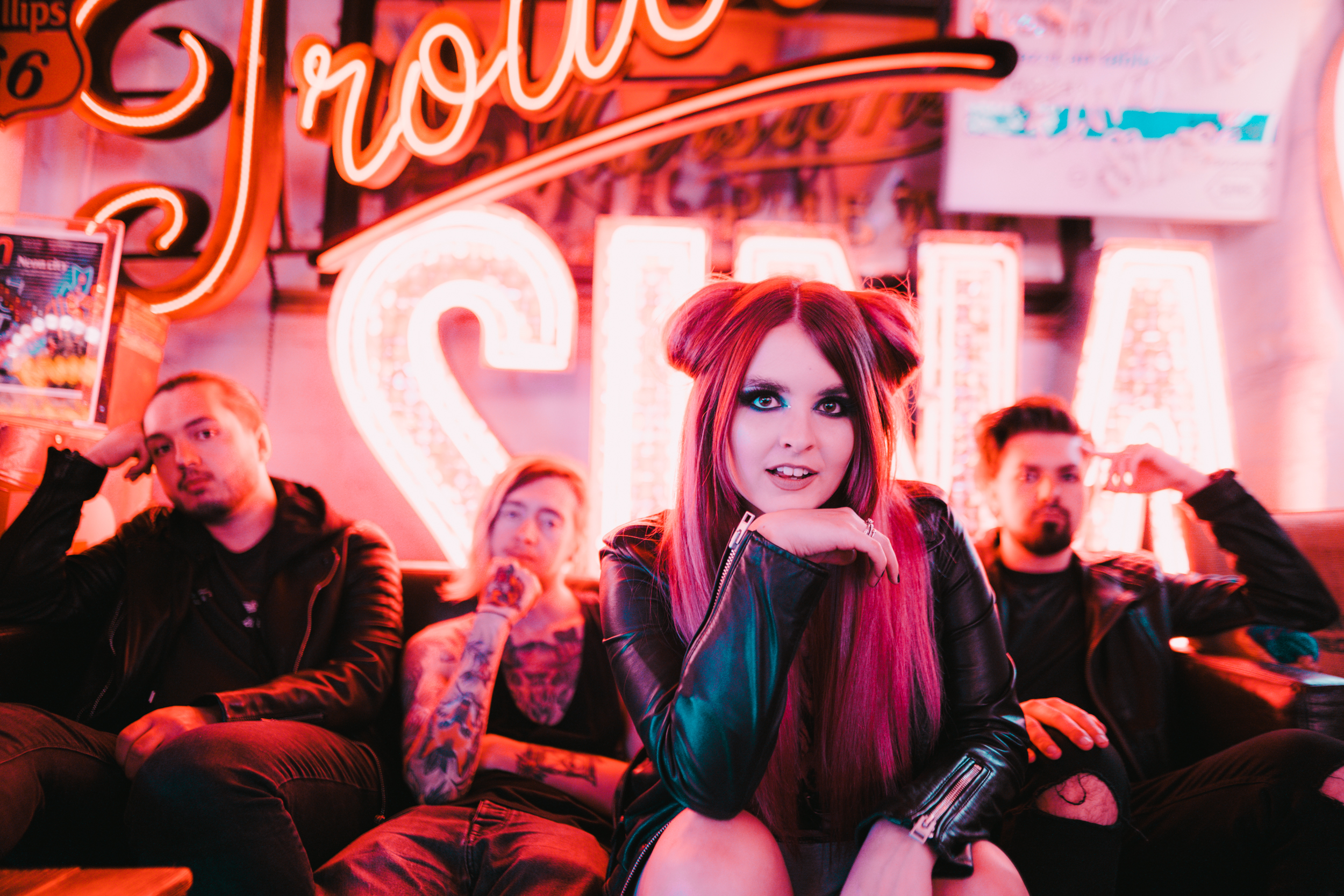 As December Falls unveil new single “Nothing On You”

Brimming with defiant riffs and the very best pop-punk melodies, As December Falls dive head first into the paradoxical and often parasitical nature of the entertainment industry on brand-new single ‘Nothing On You’.

“Nothing On You is a representation of how artists can be treated as performers in the music industry. People forget that we are real humans and you almost get treated as an object made just to entertain others. It’s a massive juxtaposition of being in a place where you’re meant to be having the time of your life but sometimes you feel trapped and just want to get out.”

As well as unveiling a stunning video to accompany the new single – watch here,  As December Falls have announced a UK headline tour to celebrate the release of their storming second album “Happier” (out 06 August 2021). Tickets are on sale at 10am on Monday 24th May.

Catch As December Falls at one of the following shows this winter:

Tickets are available HERE on Monday 24th May at 10am

Adding to the excitement even more, Bethany and the gang are set to perform “Happier” in full via a virtual performance set for transmission from Friday 23rd July. Tickets for this performance are on sale now.

Formed in 2014, As December Falls are a long way from their beginnings. The band achieved self-sufficiency early on as a matter of survival after being told they were ‘too this’ and ‘too that’ from the industry gatekeepers when looking to release their self-titled debut album in 2019 (which has received over 4million streams to date). Their DIY attitude and business know-how resulted in the band selling out 90% of shows on their most recent headline tour around the UK and appearing at Slam Dunk Festival, Tramlines Festival, Camden Rocks and more.

Fiercely independent and striving for something more cinematic, more dynamic and more emotional than their previous work, the quartet recorded their highly-anticipated follow up album “Happier” (out 6th August 2021) with John Mitchell (Architects, You Me At Six, Enter Shikari) at Outhouse Studios. Gambling on themselves once more, the band took financial matters into their own hands to make their dream come true and secured a bank loan to fund “Happier” (all of which has been paid off due to an overwhelming amount of pre-orders from their highly dedicated fanbase).

Alongside the lead vocals of Bethany Hunter, As December Falls is composed of Ande (guitar), Timmy (bass) and Luke (drums). Their musical influences of the entire rock cache can be heard throughout “Happier”;  classic rock idolisation of legends such as Jimi Hendrix and Slash, vintage pop-punk admiration of Blink-182, Sum-41 and Fall Out Boy, the emo effects of Basement, Turnover and Citizen. Having never been in a band previously, Bethany turned to strong female rock stars for her inspiration. Hours were spent watching videos of Joan Jett and Marmozets to name but a few, studying their body language, attitude, and confidence until she had her unique style all sussed out.

Previously released singles from their upcoming album include “Tears“,  “Afterglow” and “I Don’t Feel Like Feeling Great“. Happier is out Friday 6th August 2021 – pre order here.