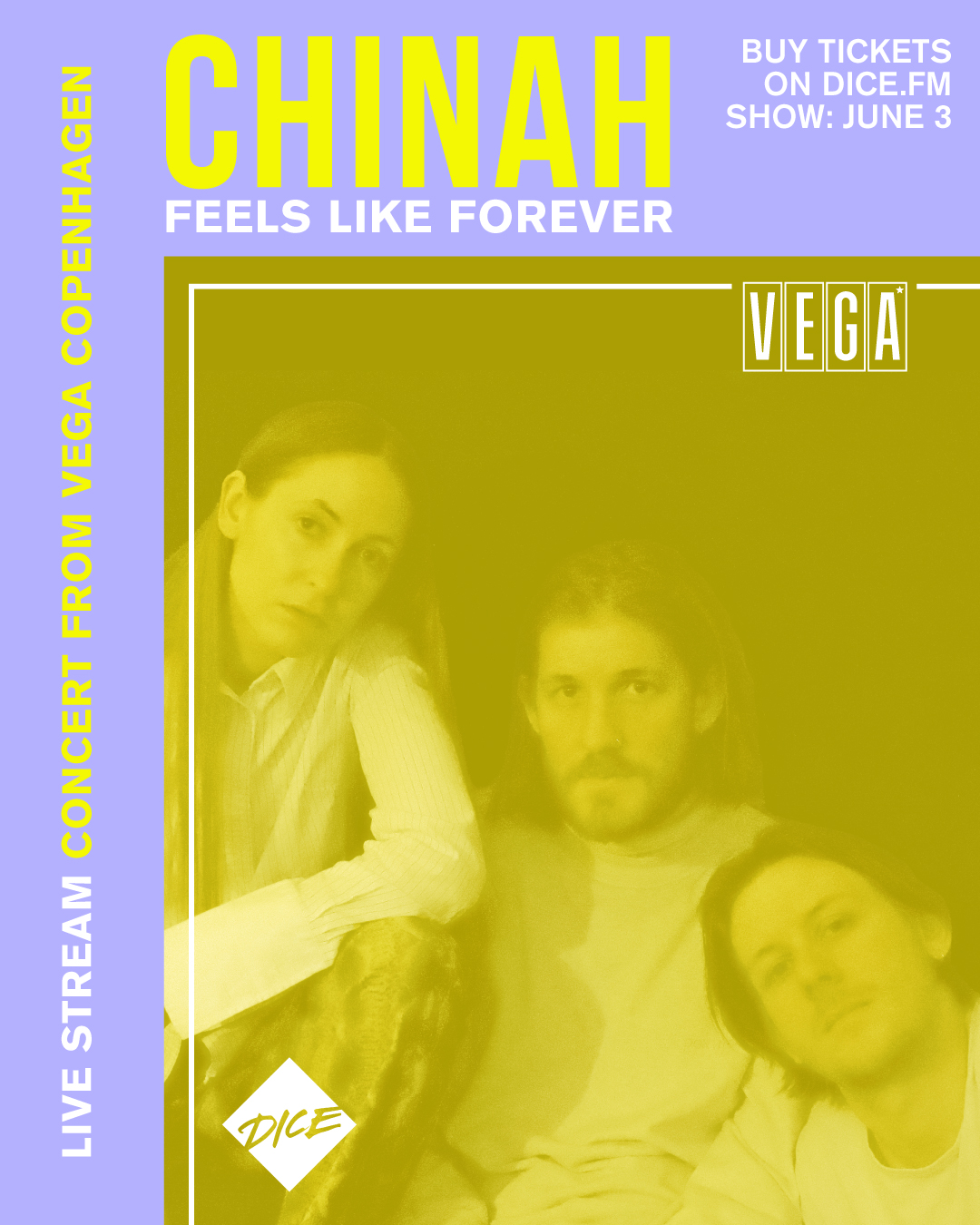 Broadcasting via Dice.fm on June 3rd, the trio present a unique visual live performance with the songs from the acclaimed new album ‘Feels Like Forever’ – including singles ‘Mysterious’, ‘Ideal’, ‘Promise’ and more.

The event will bring the intensity of a live show with the intimacy of this special and unique production, beamed directly to the audience in any setting.

Whilst making ‘Feels Like Forever’, the band has spent the last two years immersing themselves in songwriting and finding new ways to explore their sound. They are now ready to let their fans get lost in new daring experiments that dive into 90s nostalgia and Nordic melancholy on their new album.

This is the first time that VEGA presents a 100% digital concert, aimed at both Danish and international fans via the London-based concert streaming service Dice. The Show takes place on 3rd June @ 8 pm (GMT) // 9 pm (CEST). Tickets available now.

CHINAH was formed in 2014 by a special composition of musicians and personalities. Vocalist Fine Glindvad is a daughter of a banjo player and grew up with bluegrass music, whilst guitarist Simon Kjær, as well as the man behind the synth, Simon Andersson, comes from a background in experimental electronic music.

After swiftly coming to the fore both at home and internationally with the debut EP ‘Once The Lights Are On’, and developing a formidable live reputation through shows at SXSW, The Great Escape, Iceland Airwaves and Roskilde Festival, the band then released their game-changing debut album ‘ANYONE’ in 2018. The record earned them rave reviews and regular plays on BBC Radio 1, as well as a COLORS show and a glowing endorsement from Munroe Bergdorf.