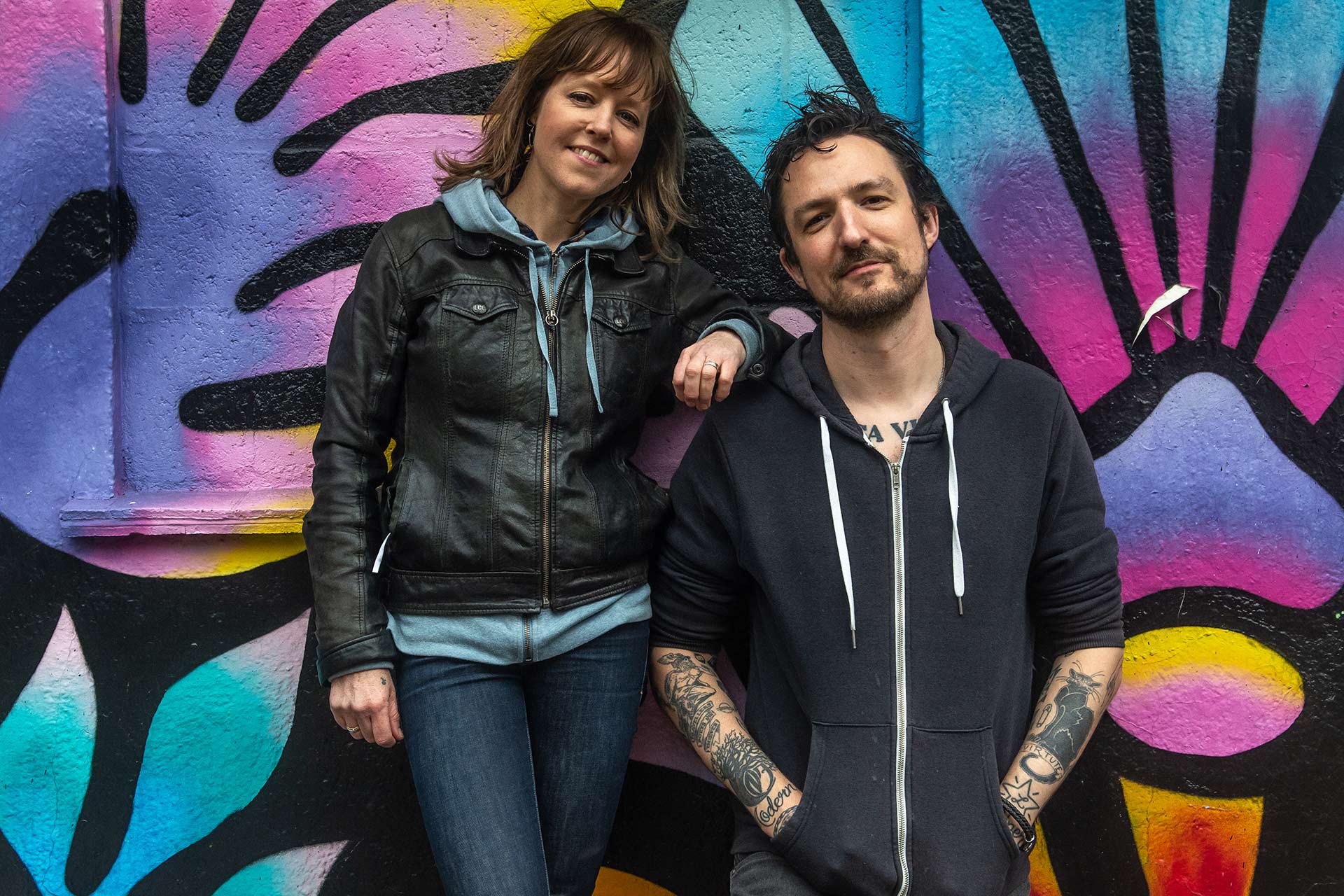 Long time friends and collaborators, Emily Barker andFrank Turner, today release their stunning new single ‘Bound For Home’. The track was written and recorded during the sessions for Emily’s critically-acclaimed album, A Dark Murmuration of Words.

Emily explains: “It was a day when I was feeling particularly homesick. Frank read me Clive James’s poem ‘Leçons De Ténèbres’ and told me about how James was in hospital in Cambridge, too ill to return home: his memories of growing up in the suburbs of Sydney became the muse for so much of his work. He was as fascinated with how we remember, as much as with the memories themselves.”

Clive James passed away a few months after the song was written, just as Emily headed in to the studio to record her recent album, A Dark Murmuration of Words. She laid down this track at the same time, with Frank adding harmonies, with guitar and bowed double bass by Lukas Drinkwater.

The song took on extra meaning when the pandemic hit, with Emily finding herself stranded in her adopted home in the UK, unable to visit her family back in Australia; but also the realisation that the song has a message that most listeners will be be able to relate to in these times as she sings “Bound for home, we’re all bound for home in the end”.

Emily and Frank will be live on Instagram this evening (14th May) discussing the new song, the art of songwriting and collaborating.