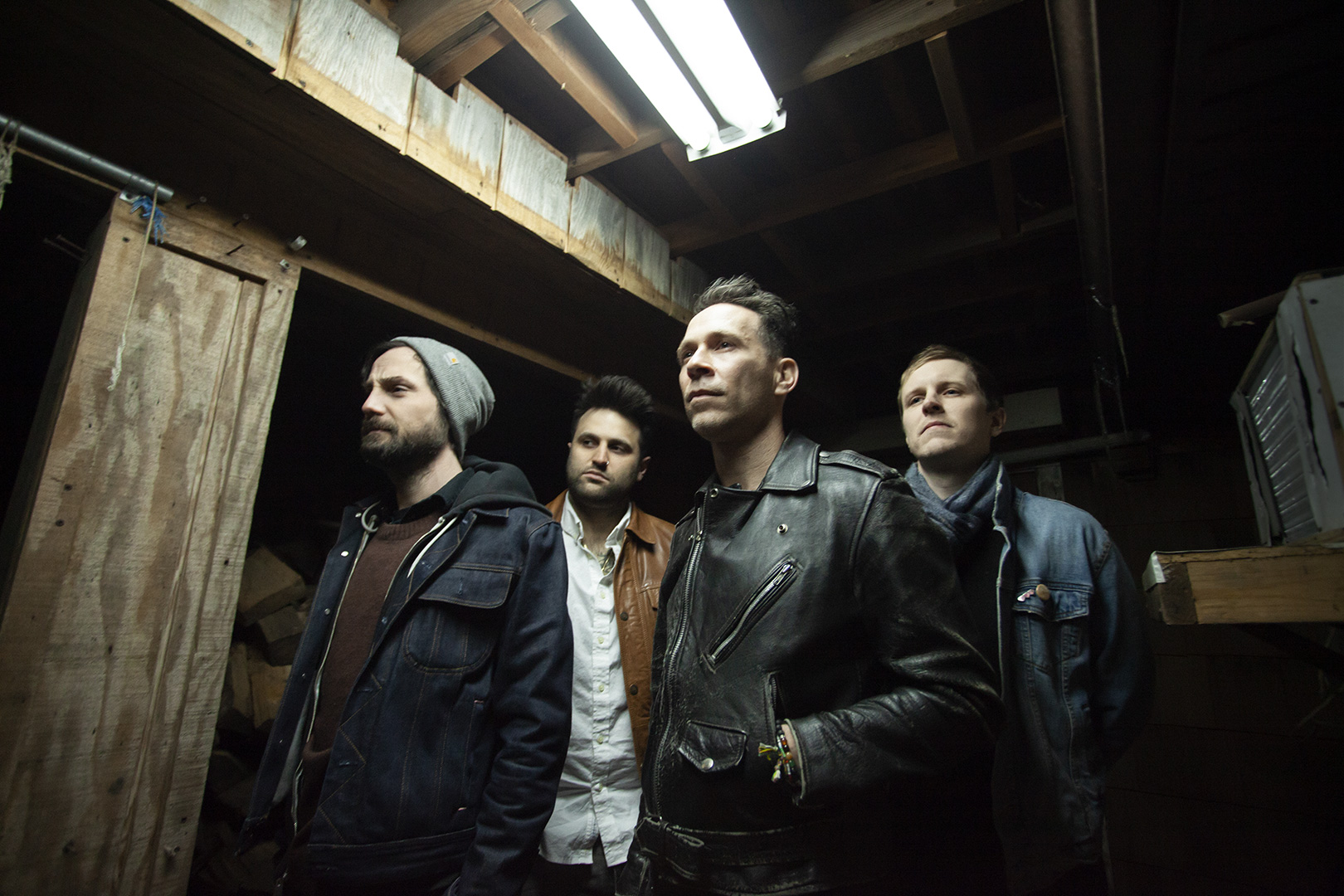 New Jersey-based band Forgivers are proud to announce the release of its new single, “Pretty Boys,” today on Spotify, iTunes, Amazon Music and all other major digital platforms.  The band’s video for “Pretty Boys” is also premiering today on their YouTube channel. Mixing mainly British influences such as The Cure, The Jesus and Mary Chain, The Clash, and Oasis, but infusing it with their own unique and distinctive dynamic, Forgivers have created a song that embraces a dark, muscular and shimmering psychedelic swagger, recalling some of the finest alt-rock of 120 Minutes-era.

“‘Pretty Boys’ is a 1980s fever dream, and like our favorite rock & roll dream songs, it was written in a rush of inspiration and grounded with a cinematic guitar riff,” says Forgivers frontman Jed Winokur.”While the verse vignettes hint at the larger idea of longing that the chorus drums up in “love can’t seem to light the way,” there’s also something else lurking in the lyrics — the idea that what we long for may also be longing for us too. And even though the ephemeral love in the song is always fleeting, it’s saying there’s still plenty of strength and beauty for us all to stumble upon.”

There’s been an undeniable synchronicity to Forgivers from the beginning. If you believed in fate, you might even say it was meant to be. It all came about when Alex Rosamilia started talking to bassist Alex Levine about writing music together again, after the decade-plus they’d spent together in The Gaslight Anthem. When that band briefly broke its hiatus to celebrate the 10th anniversary of The ’59 Sound, the two Alexes realized how much they’d missed playing together, something Rosamilia told Ed Auletta, longtime guitar tech for My Chemical Romance and the owner of North End Recording, where Rosamilia had recorded his Dead Swords project a few years ago.

The two were catching up at a bar in Jersey City – back when you could still catch up at bars – when Ed suggested that Jed Winokur, who had fronted New Jersey punk band The Ratchets, would be an ideal frontman. Neither had seen him for a while, but minutes after his name was mentioned, Winokur happened to walk past the pair in the street, which they all took as a fortuitous sign. Once told about the Alexes’ new project, Winokur was in. Rounding out the four-piece is drummer and recording engineer Trevor Reddell, who played in Let Me Run, D’Arcy and Dead Swords. It’s in Reddell’s garage – dubbed ‘Forgivers Lodge’ – that the four-piece eventually started a socially distant rehearsal once a week, carefully shaping the sound and aesthetic of the band.

Since recording “Some Future,” a track recently praised by the likes of Rolling Stone, SPIN, NME, Kerrang!, Brooklyn Vegan, American Songwriter and more, Forgivers have been building up a catalogue of songs that are as timeless as they are thrilling, and which all four members are visibly, infectiously excited about. They’re buoyed not only by the fact they’re writing music together that feels so right, but also by the hope that the chemistry they have together can fill a void in the world of rock music – namely intelligent, emotive rock ‘n’ roll that’s inspired by the pain, pleasure and the paradoxes of life. “We want this to be a little more thoughtful than what’s out there – sensible yet senseless,” says Winokur. “We’re just going to put things together that create tension, and see what comes of it. And if they come out sounding classic and happy and sad at the same time, then that’s kind of the goal.”

“I’m trying to get back to what I could have been doing this entire time but was too blind to see it,” says Rosamilia. “Music is fun again. I feel like I’m getting to do this all over again with the knowledge that I have, and I want to make sure that I do it right.”