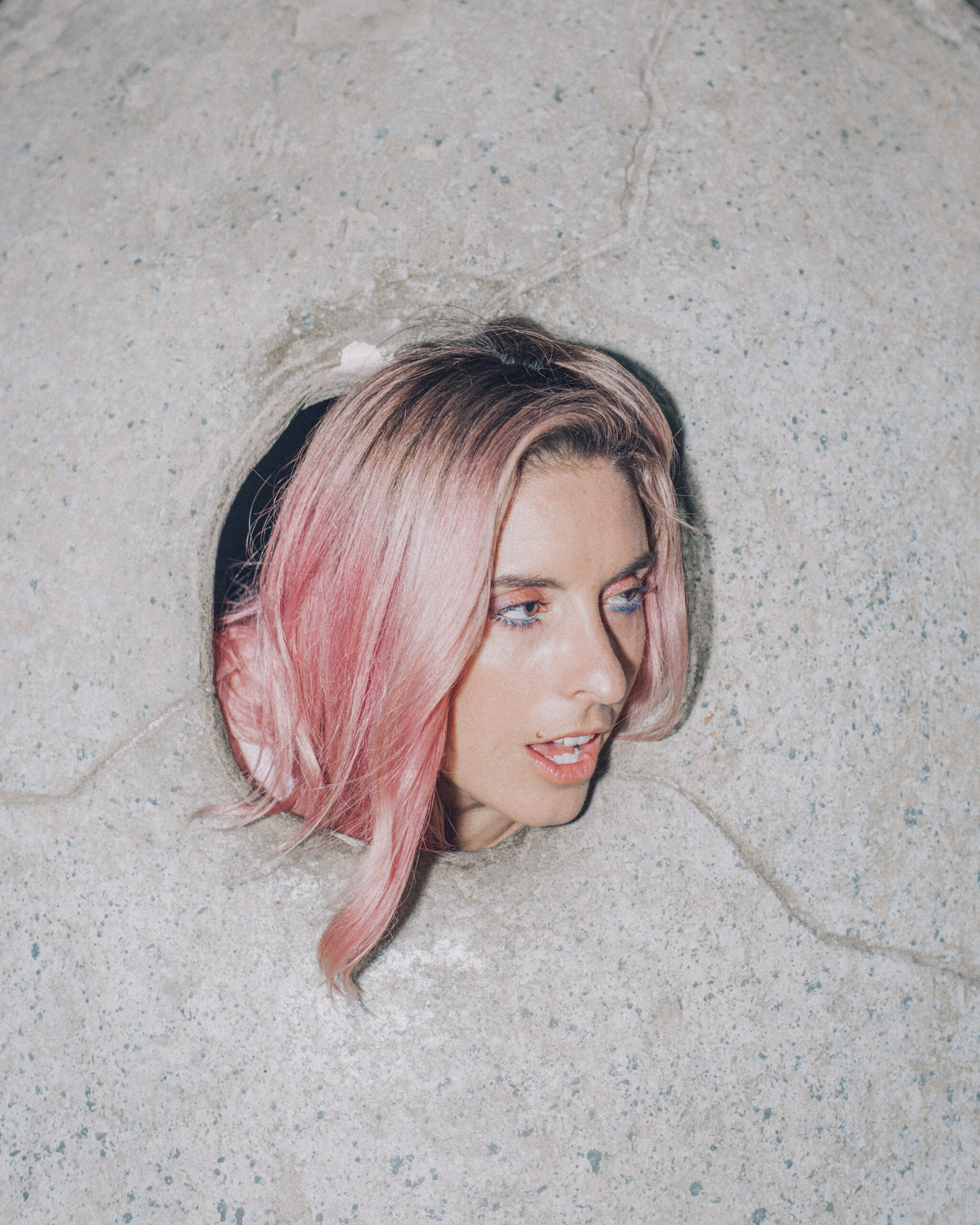 Melbourne’s Merpire has been creating buzz in the indie scene, and has gained the attention of NPR, PAPER, CLASH, and more. She shares new single ‘Village’ with an outside looking in video, plus news of debut album Simulation Ride out 23rd July via Warner’s ADA.

Lyrically, ‘Village’ tackles self-doubt, comparison to others and the realisation that you can’t be everything and everyone to one person – “It takes a village”. It is a slice of observational lyricism that Rhiannon Atkinson-Howatt, aka Merpire has become known for – taking seemingly simple ideas from the real world and studying their complexities and intricacies. Like first single ‘Dinosaur’, ‘Village’ is an acknowledgment of Rhiannon’s own battle with anxiety and confidence, but more importantly the growth that comes from facing that head on.

On ‘Village’ Rhiannon speaks on what inspired the song: “I used to have a day job punting people around the lake on a boat in the Royal Botanic Gardens in South Yarra, giving them a guided tour of the lake. There’s one island we pass on the route we nickname ‘Bell Bird Island’ because the bell birds pretty much own it, very territorial. They’re basically farming an insect called a psyllid and protecting it from other birds eating it. They have a symbiotic relationship. The psyllid produces a sugary coating like a cocoon and the bellbirds lick this sweet treat, not eating the whole insect so that the psyllids keep producing the sugar.”

She adds, “This loosely inspired the idea of it taking a village to nurture someone. Sometimes I would get so caught up in self doubt, seeing qualities in people that I didn’t think I had, that I forgot to see what qualities I had that they might love me for. I constantly put pressure on myself to be happier, more energetic, more sociable. I didn’t see myself as an interesting person without that or without my music and when I was feeling tired or withdrawn I’d beat myself up about it, not feeling worthy of company and thinking I was just a boring person who happened to be a musician (and punt people around on a boat in the gardens apparently?!). This affected my relationship. I didn’t believe someone could be in love with me when there seemed to be way more interesting people out there.”

The single comes with a video directed by Nick Mckk, and shows the observational concept from Merpire, that from the outside things may not look like what they seem.

“Sometimes it still wavers but I’ve worked hard on building my confidence, telling myself over and over through this song that it really does take a village to love someone.” Says Rhiannon, and perfectly summaries the new single.

Merpire also announces her debut album Simulation Ride to be released via Warner’s ADA on 23rd July, which is about looking for positivity in anxiety.

“Simulation Ride is a musical diary entry into the workings and not-workings of my mind. It exists in hope of connecting with fellow daydreaming experts in creating their own personal simulation ride. I take you through the rom-com and horror sections of my internal video store.”