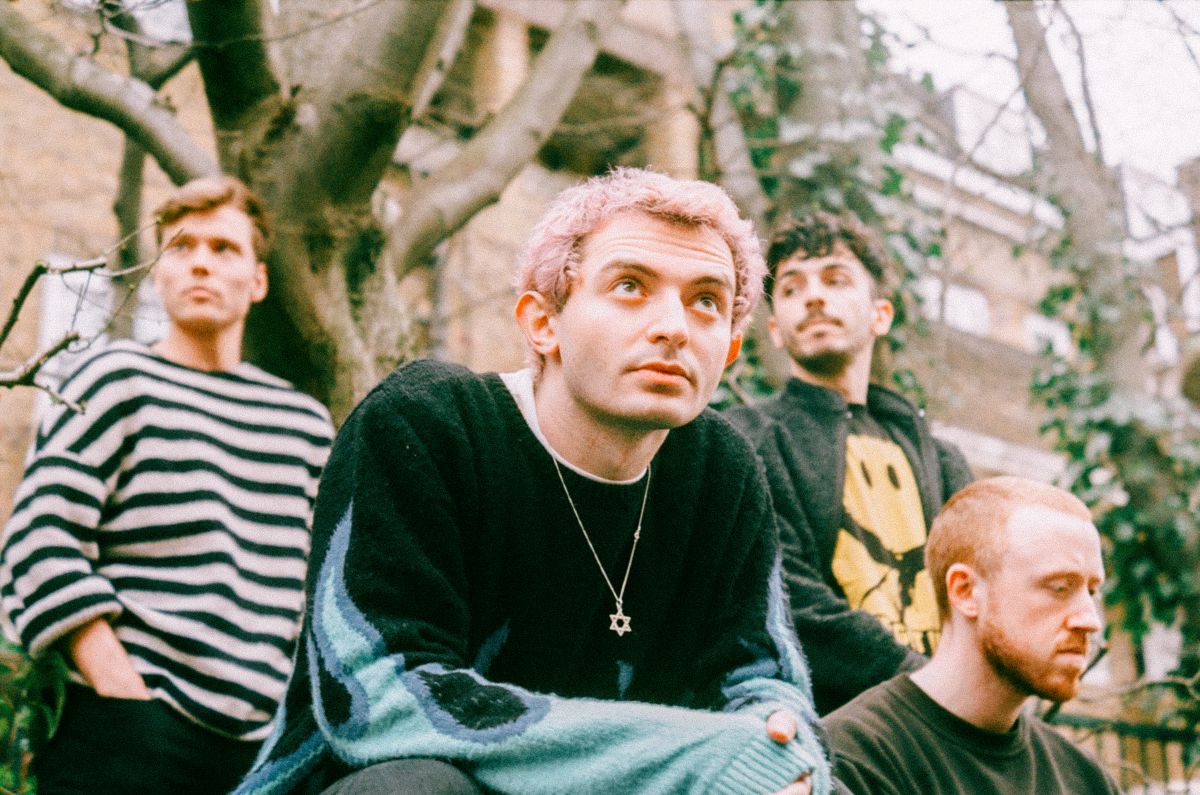 Echoes In A Shallow Bay is a groundbreaking release from the four piece, ushering in a new era and taking the band’s emotive sound to darker territories more indicative of their early emo and rock influences.

The EP features the singles ’25’, ‘Could Have Beens & What Ifs’, ‘Can’t Help Myself’ and glorious new cut ‘What Is It Like To Be A Bat?’ a series of tracks that helped define this new journey for one of the capital’s most creatively defiant outfits of the moment.

Packed full of urgent vocals, painfully relatable lyrical craft and soaring instrumentation, each track showcases the band’s remarkable creative approach, and an adept ability to showcase the relatable anxieties and chaos of living in London in your twenties as you further define your identity through culture, religion and inevitably failed relationships.

Bringing fans old and new into the fold in the build up to release Echoes In A Shallow Bay is a remakable statement of intent from Sad Boys Club, and the sign of further huge things to come.

Echoes In A Shallow Bay is out now and available to stream here.