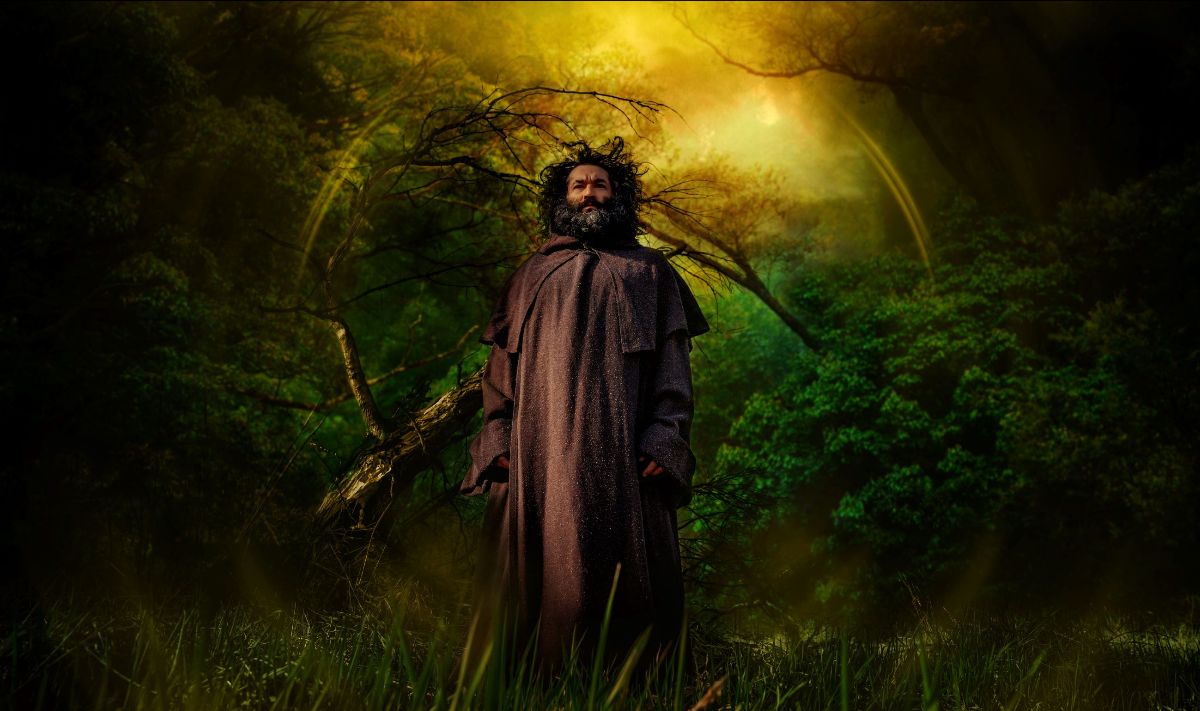 From the desk of Justin Courtney Pierre; “I developed a stutter sometime in third grade, around the age of eight. I held onto it until I was almost 12. It was an emotional and hellish four years, spent unable to express myself in any true or meaningful way. But ultimately it was rap music that saved me from being forever stuck in that particular verbal/non-verbal cycle.

My mother claims I developed the affliction after secretly watching The Right Stuff. In 1984, we got a VCR and it saved my parents having to hire babysitters during the summer months, while they worked their retail jobs at Maplewood Mall. It was my job to watch my younger brothers and sisters, and often that meant letting them watch their stupid Care Bears or Rainbow Bright movies first so that I could then kick them all outside to play while I watched whatever my parents had rented the night before. It is true that I had a habit of “becoming” the characters I saw on TV and in movies. I remember being fascinated by the character of Annie Glenn and the way she spoke, rewinding the tape over and over, mimicking it repeatedly. From what I’ve read, stuttering doesn’t develop this way.

I remember having trouble pronouncing words at the beginning of sentences. I had trouble getting started. Vowels were the main culprits, as well as the “S” sound. Actually, I had more trouble with whatever came after the “S,” but once I got going I was usually pretty good. The awkward silence that preceded sound exiting my open mouth, as well as the gridlock of one long continuous unwavering syllable, were both absolutely unbearable.

Several months into my newfound identity as a stutterer, my third-grade catholic-school teacher stopped calling on me to answer questions in class. My classmates started calling me Juh-Juh-Justin. I was sent downstairs to the room with all the kids with cognitive and learning disabilities. My classmates then started calling me the r-word. My school may have preached the teachings of Jesus Christ, but all children are fucking monsters. I suppose I have my grandmother to thank for that experience, as she was the one paying for it (a stipulation of her will I was told years later). Eventually, it was decided that I would go to speech therapy at the public school past the vast church parking lot, through the woods, down the road, and across the way. I was eight and walked this beat alone several times a week.

My speech therapist was a giant woman named Mrs. Cecelia Ciccarelli (an impossible name for me to pronounce – and make me pronounce it she did). She was an older woman, with tan weathered skin. She had black eyes that went all the way through you but not in a witchy way, had that long dark ’80s-era feathered hair, wore chunky dangling earrings that continuously clinked and clanked, and clothed herself in an assortment of loudly colored wool sweaters. She would reward me with long thin pretzels for everything I’d do correctly in a given session. I would save all the pretzels until the end of each session, and then eat them while I waited for my bus with all the public school kids. These kids decided I was poor because I always wore the same royal and navy blue uniform every time they saw me. When they found out I went to the Catholic school, they told me I was poor and couldn’t afford public school or regular colored clothes. Even at eight, I knew they were idiots.

I am a master of avoidance, a skill that is quite useful until it isn’t. My origin story began with a book of synonyms and antonyms I received as a birthday present from a schizophrenic aunt. I studied the hell out of that book, memorizing alternative words for any word that started with a vowel (or an “S”). I got better at thinking ahead of what I was saying so I could avoid vowels altogether. This is how I accidentally increased my vocabulary at age nine, through sheer will of avoidance at all costs. I did a pretty good job of hiding who I was from people who didn’t know me. However, Mrs. Ciccarelli caught on to what I was doing pretty quickly and would have none of it. She made me work for those goddamn pretzels.

Fast forward a few years and not a whole lot of progress had been made. A thoroughly stumped Mrs. Ciccarelli threw a Hail Mary at me by the name of country singer Mel Tillis. She explained to me that this man had one of the worst stutters of all time when speaking, yet when he sang, he didn’t stutter at all. This intrigued me, especially seeing as I was mid-puberty and had pretty much stopped talking altogether by this point. She asked if I liked music and if I ever sang. I told her I did like music. She gave me a homework assignment which was to listen to my favorite song and try to sing along to it over the weekend. I would then come in on Monday and sing it for her. So, I did. And that song was ‘Paul Revere’ by the Beastie Boys off of their 1986 album ‘License To Ill.’

I was a weird kid with an eclectic music taste. At that point in time, my favorite bands were Beastie Boys, Run-D.M.C., Metallica, Guns N’ Roses, Def Leppard, INXS, Neil Diamond, The Carpenters, and songs I heard on the radio. I spent the next weekend listening to my Walkman while helping count the inventory of fashionably oversized cardigan sweaters at Chess King. Not only did I memorize all of ‘Paul Revere,’ I found I could mimic all three Beastie Boys’ voices pretty good, and I didn’t stutter at all while I was performing it (fun fact: I entered a school talent show later this same year showing off these very skills, but lost to a girl who drew pictures of Garfield).

If you are familiar with the song at all, you can imagine a twelve-year-old excitedly spewing it at his then-40s-ish speech therapist in Mahtomedi, Minnesota. It was 1988, and in three distinctly obnoxious voices, I was rapping about girls and beer and robbing people at gunpoint for money. Mrs. Ciccarelli gave zero fucks about the content because it was the result that she was after. Somehow it worked. Somehow, I was able to crack the code, and miraculously shortly thereafter I stopped stuttering altogether. Nowadays it only comes back every once in a while, when I am incredibly stressed out.

I guess the point of all this is to say that I find the interconnectedness of all things a fascinating place to continually revisit. Had my father not purchased that particular album for Christmas in 1986, and had I no stutter I wished to shed, I may not have set off on this obsessive path to learn how to mimic my favorite musicians, due to both my alienation from humans and the elation of overcoming such a large thing that had loomed over me for so long. Instead of avoidance, I ran toward something for the first time, eventually finding myself in the voices of others.

And now I find myself doing it all over again.”