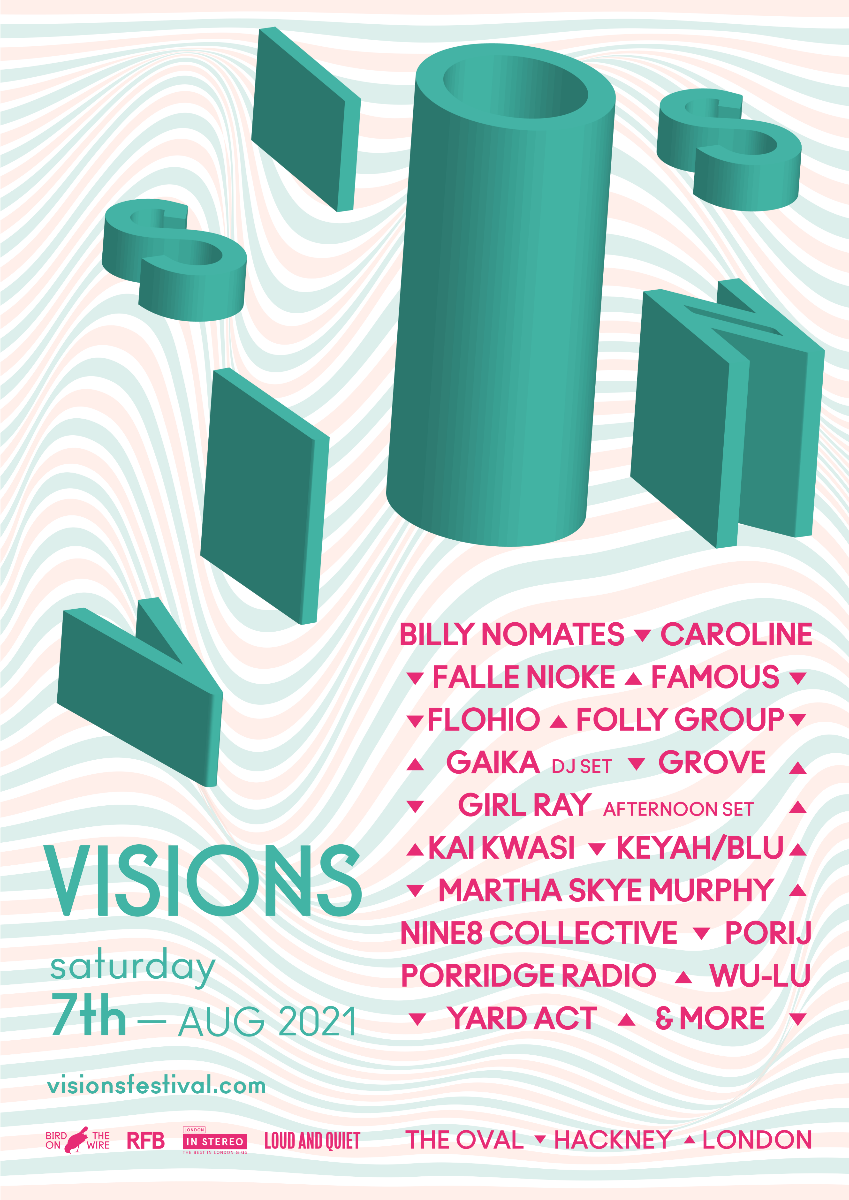 Today VISIONS festival is delighted to announce a special return for 2021. The East London multi-venue festival will take place this year with a celebratory, community and new music focused return to live on Saturday 7th August 2021.

As VISIONS approaches its eight edition, the Hackney one-dayer has progressively grown in size each year, adding new venues, spaces and outdoor spots, whilst maintaining a carefully curated and individual approach that has become a firm fixture in the diary for many in the Capital and beyond.

VISIONS is today excited to share a different 2021 line-up for a different year, and a chance for the VISIONS audience to be together again. VISIONS 2021 will be an intimate celebration event with a community spirit focused to one dedicated concise area using different spaces around the Oval compound, allowing a simple but exciting focus on music and being together, first and foremost.

A first for the event is this year’s edition will feature UK acts only – an aspect different for the internationally focused event. Whilst a change, it has allowed the festival to really shine a light on the excitement of such great new music being created in the country, so much of which has not had the chance to yet appear live. The festival continues to be a beacon for alternative artists, offering an easy-going, inexpensive take on the festival experience

VISIONS 2021 is delighted to have Billy Nomates and Porridge Radio making special London festival appearances. Following the release of acclaimed albums from both (and a Mercury nomination from the latter) – the event will allow much anticipated outings for these important new artists ahead of a sold out/upgraded Autumn tours. Brighton’s Girl Ray will also play a special afternoon set debuting new material.

As ever musical variety and diversity is key for the line-up, with hotly tipped rapper and recent Mixmag cover star Flohio, the experimental electronica of Gaika who will present a special DJ set, percussionist Falle Nioke, DJ and producer Grove, doom-folk newcomer Martha Skye Murphy and Keyah/Blu all bringing a truly wide spectrum of vital new music.

Additional aspects of the festival and more music acts are to be announced in the coming weeks. In an unprecedented showing of support from the festival audience, half of the tickets for the special festival one-off have already been sold, but the remainder are on-sale now.

VISIONS is brought to you by promoters Bird On The Wire and Rockfeedback.