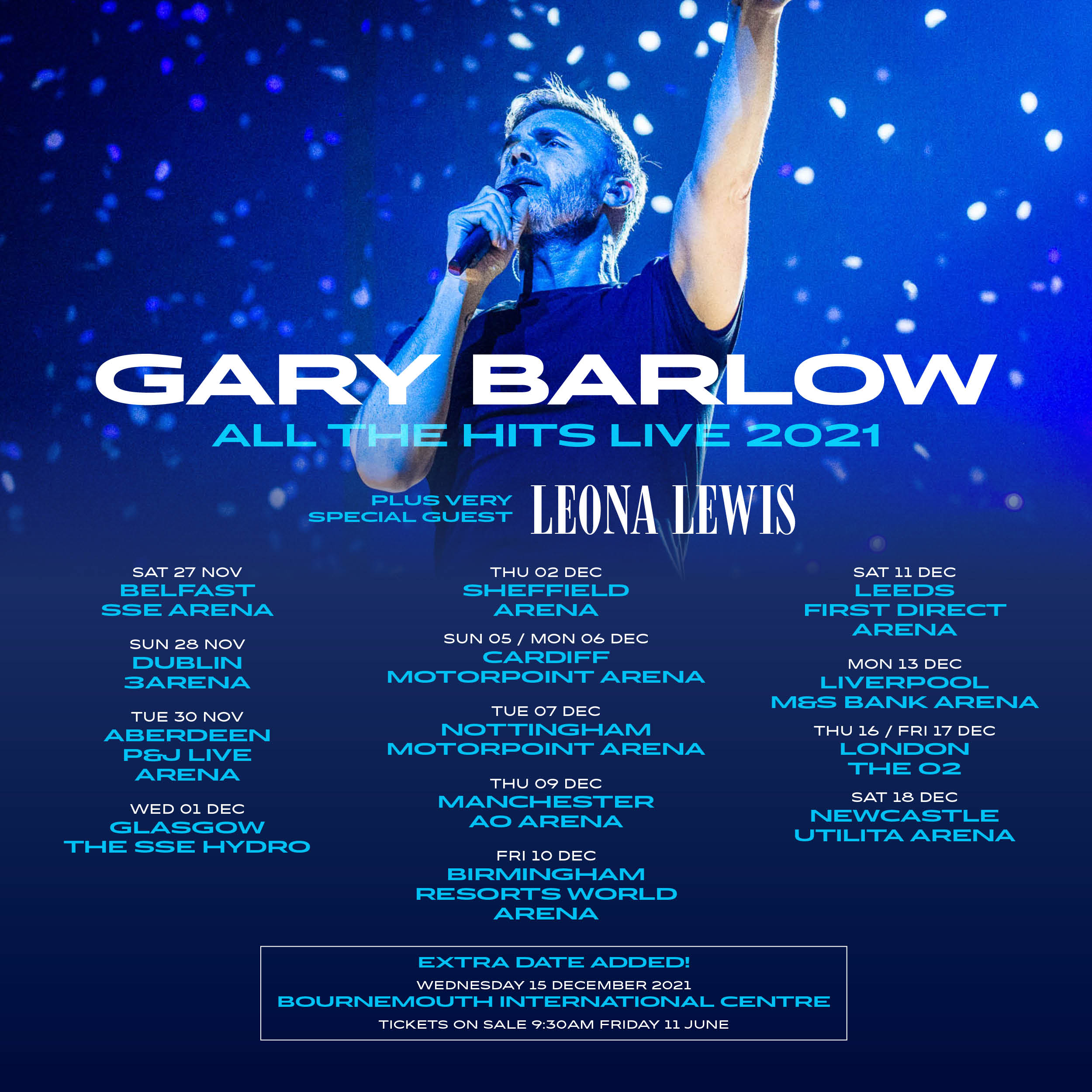 Gary Barlow has today announced an extra date to his 2021 solo tour at Bournemouth International Centre on Wednesday 15th December. Tickets for the new date go on sale Friday 11th June at 9.30am from ticketmaster.co.uk & gigsandtours.com.

Kicking off in Belfast on 27th November, Gary will hit the road to play 16 shows in 14 cities around the UK and Ireland. Gary will be performing all the hits from his incredible three-decade career and will bring to life songs from his latest album, ‘Music Played By Humans’. Gary will be joined by very special guest, Leona Lewis.

“I’m so happy to have Leona join the tour, she’s such a talented singer,” said Gary. “I’ve missed performing so much, I’m just really looking forward to getting out there and seeing everyone again. I’m excited to think about how the new songs on the album will sound live and with an audience. I can’t wait to see you all!”

“I am overjoyed to be invited to join Gary Barlow on what’s set to be an incredible tour,” said Leona. “I am a huge fan of Gary’s and I can’t wait to share the stage with him and bring back the magic of a live show! I’ve missed performing so much and am counting down the days until I can be back on the stage singing with my fans who have continued to be amazing throughout this crazy year. See you soon!