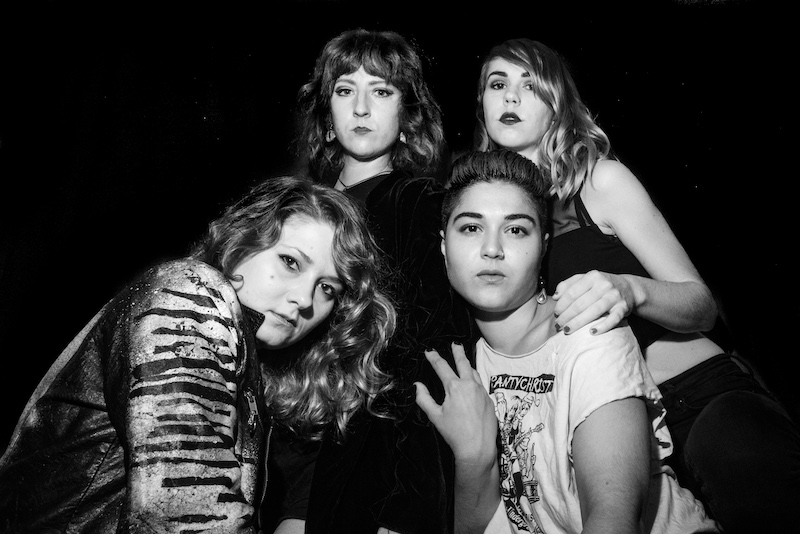 Toronto-based punk four-piece Bad Waitress are announcing their debut album ‘No Taste‘ is set for release September 3rd via Royal Mountain and are sharing their new single & video “Strawberry Milkshake“.

Speaking about the track, the band said “‘Strawberry Milkshake’ is saccharine sweet, milky pink terror. On the surface it’s sexy and enticing- but there’s a poisonous sludge bubbling just beneath. It paints the picture of an all-American beauty pageant with buckets of blood as the cherry on top.”

That improvisation spirit doesn’t stop at their music. Katelyn Molgard, Nicole Cain, Kali-Ann Butala, and Moon finish each other’s sentences. Their conversations flow like free jazz. When asked to describe Bad Waitress’ sound, they agree on one word: conviction. “We play with conviction. There’s nothing apologetic about it,” Kateyln says. “Even with our bizarre song structures, we don’t hide anything in our music. It’s just very…I don’t like the word raw, it’s overused, but…raw.” The band fidget between genres, instead honing a distinct energy. “It’s energetic. It’s electric,” Moon adds. “It’s whatever word that we can think of later that’s better than raw.” Nicole suggests, “Honest?” Katelyn jumps in, “Rawnest.”