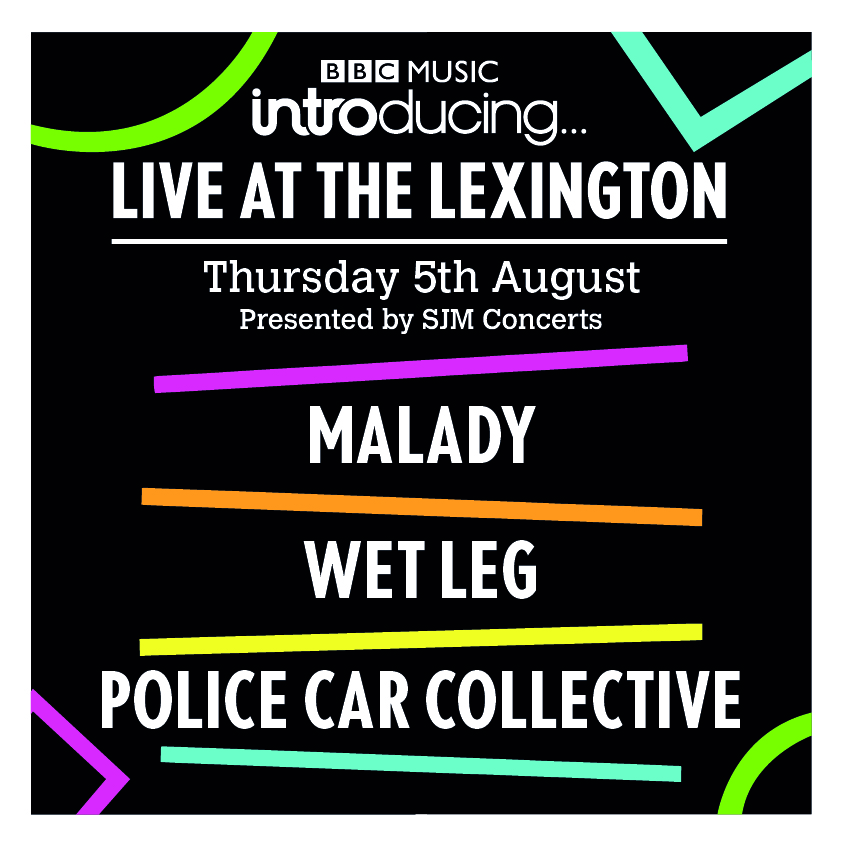 BBC Introducing returns this August with stellar line up

BBC Introducing returns this August with a stellar line up. London Lexington once again plays host to BBC Music Introducing, welcoming three new artists breaking through in their field. MALADY, WET LEG and POLICE CAR COLLECTIVE will all perform on Thursday 5th August.

POLICE CAR COLLECTIVE
POLICE CAR COLLECTIVE might be inspired by the likes of The Smiths, Andy Warhol and The Velvet Underground, want to restore the mythos behind being a rockstar and have a burning desire to delete The Internet, but this mob aren’t interested in nostalgia.
Instead, the group – formed by Frankie and Simon a little over a year ago and based in Liverpool – want to offer comfort to a generation being battered by social media anxiety and millennial growing pains with art that refuses to settle inside genre lines.
Twitter | Facebook | Instagram