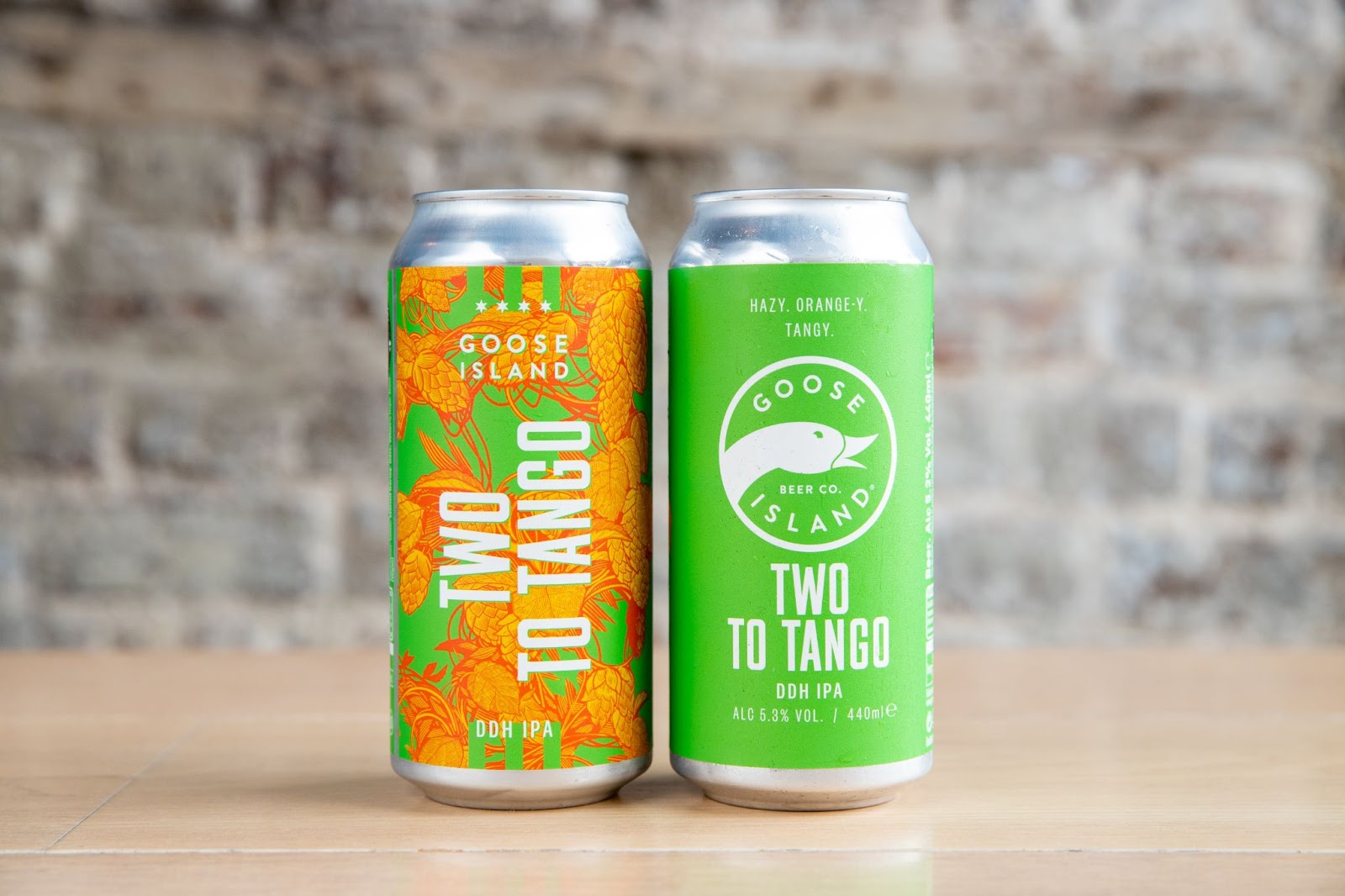 Two To Tango is a 5.3% hazy, double dry hopped (DDH) IPA that looks to the future, utilising the ‘Tango’ hop alongside another own grown hop Callista to craft a hazy IPA with notes of stewed oranges and a tangy, pithy finish.

Tango is a hop that has been specifically grown to solve ongoing problems that hop growers face. The hop is bred to deliver bold aromas, high yields and withstand climate change, as well as needing less chemical plant protection, and requiring less water to survive. This in turn makes the tango hop one to keep an eye on for future brews, having descended from the popular Hallertau and Cascade varieties, Tango may be a more future proof alternative to grow in increasingly difficult conditions. Goose Island is committed to experimenting with and championing a wide range of hops, and Two To Tango IPA is one of many beers to be released this year encouraging conversations around hops and the magic they provide to beer.

Consumers will be able to provide instant feedback on this beer via a QR code on the can’s packaging.