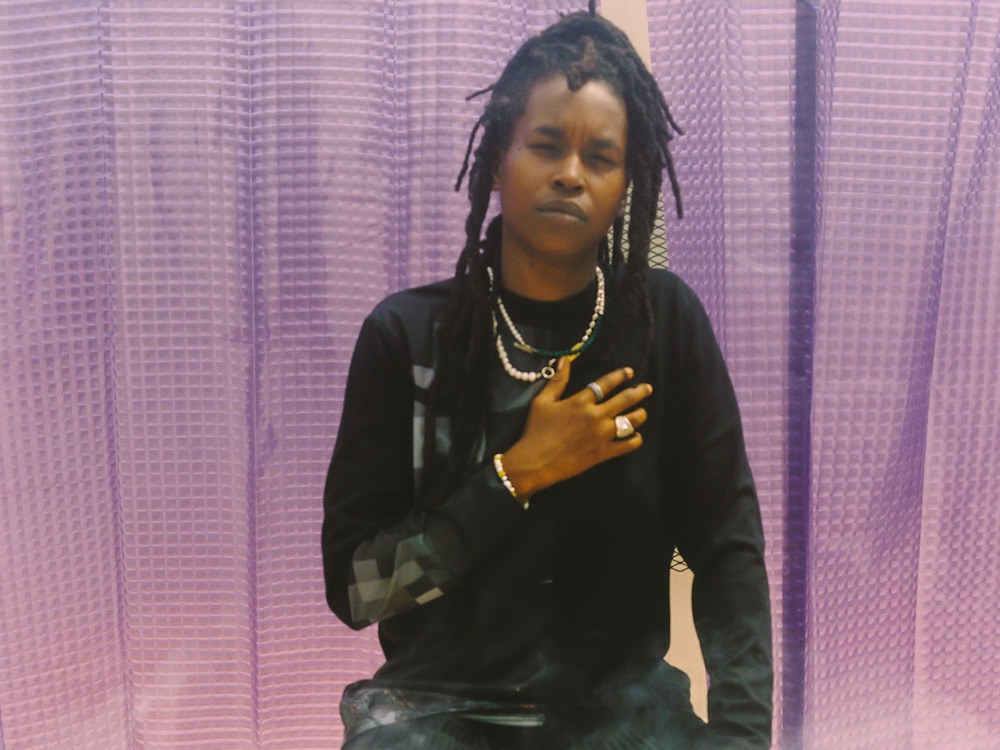 Moor Mother– aka Camae Ayewa – is announcing her new album ‘Black Encylcopedia Of The Air’, thirteen mesmerising tracks about memory and imprinting and the future, all of them wafting through untouched space like the ghostly cinders of a world on fire, unbound and uncharted, vast and stretching across the universe.

On the new single “Obsidian“, Moor Mother says the song is about present danger – “thinking about one’s proximity to violence. Thinking about violence in the home. Violence in communities.” It features rapper Pink Siifu.

Director Ari Marcopoulous added, “We decided to start the video in front of Alice and John Coltrane’s house. Nuff said. I could elaborate if you want me too. But it’s the spirit right there.”

Recorded at home in March 2020 at the start of the pandemic, ‘Black Encyclopedia Of The Air’ is the work of Moor Mother and soundscape artist and producer Olof Melander. As with any Moor Mother release, a multitude of instruments and voices flocked to the ether to create something strange and unknown, a time-traveler’s guide to the modern world.

Ayewa is also a vocalist in three collaborative performance groups: Irreversible Entanglements, MoorJewelry and 700bliss. Most recently, Ayewa put out BRASS, a collaboration with the rapper billy woods. She has previously worked with woods on his critically acclaimed 2020 album Shrines and on the song “Furies,” which was featured on the Adult Swim single series. Ayewa is also a Pew Fellow (2017), a The Kitchen Inaugural Emerging Artist Awardee (2017), a Leeway Transformation Awardee, a Blade of Grass Fellow as part of Black Quantum Futurism (2016), and Rad Girls Philly Artist of the Year (2017).

Last month Moor Mother shared the track “Zami”, a track named after the book by influential black and queer author Audre Lorde. “Voice booming through buzzsaw synthesizers, Moor Mother heralds the utter destruction of the oppressive present on “Zami,” kicking open the door to a future free of the tyranny of ordered time,” Pitchfork said in a review of the track. Liberating herself from time with a cosmic urgency, listen and watch the song’s video HERE.

‘Black Encyclopedia of the Air’ will be released on September 17 via ANTI-. Pre-order it at https://moormother.ffm.to/beota