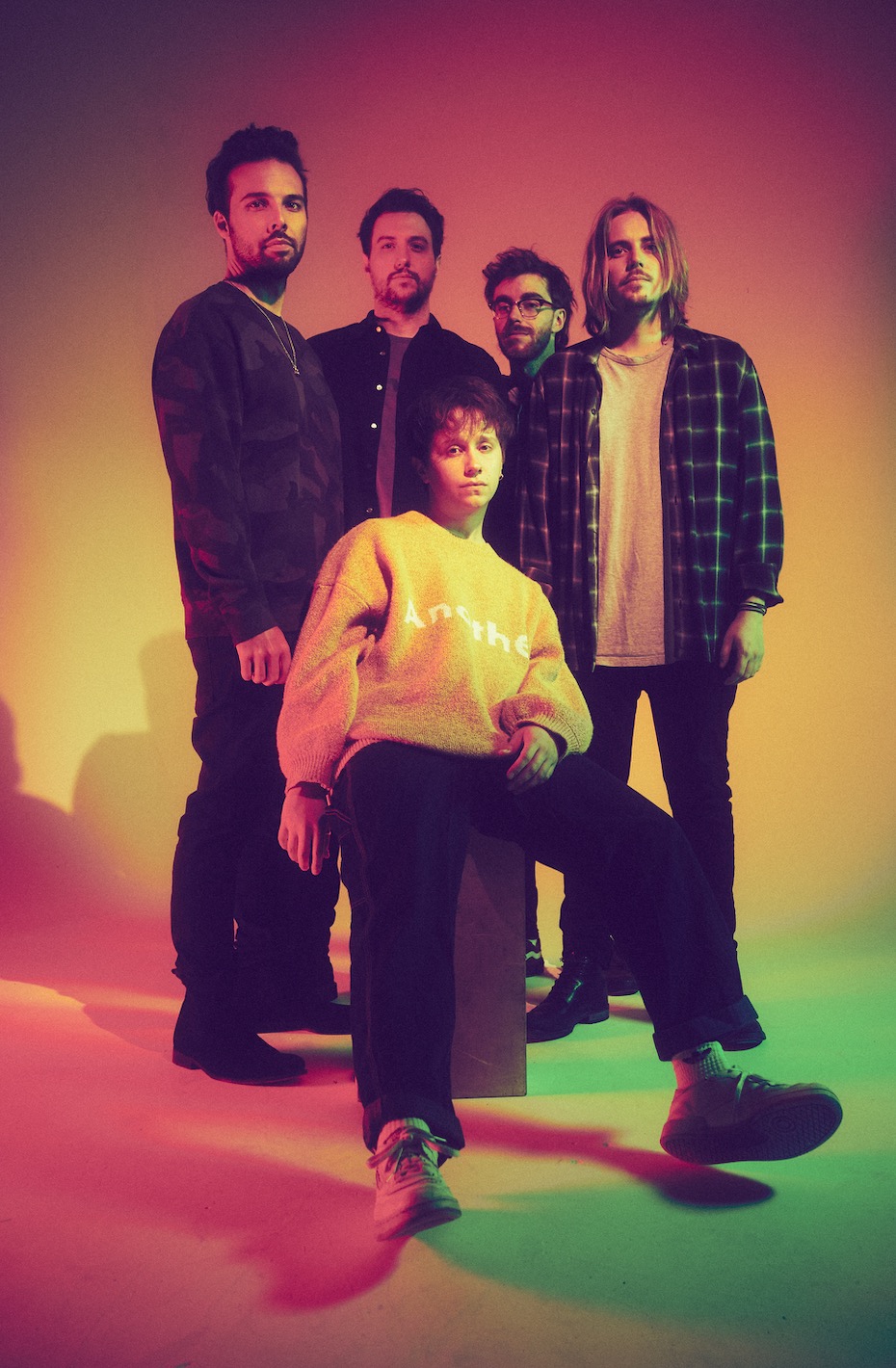 Southend five-piece Nothing But Thieves have announced a new 5-track EP Moral Panic II, which is the follow-up to their #3 acclaimed third album Moral Panic released last year. They have also shared a brand new track and lyric video Miracle, Baby, which follows recent single Futureproof.

Moral Panic II follows the band’s acclaimed third album Moral Panic and was written following the completion of the latter, despite a connection between the two both thematically and lyrically. The EP features 5 brand new tracks, including recent single Futureproof and new track Miracle, Baby and is a reflective body of work tinged with emotion, anger and hope, which openly and passionately discusses many issues we face in modern society today. Released on 23rd July via RCA Records/Sony Music, the EP is available now for pre-order here and the tracklisting is as follows:

Moral Panic II
1.Futureproof
2.If I Were You
3.Miracle, Baby
4.Ce n’est Rien
5.Your Blood

“Moral Panic II was something we decided to do only after Part I was all mixed, mastered and the records pressed.  It didn’t feel like we were done with the Moral Panic theme – I think partly because we hadn’t been able to tour the project yet, it didn’t feel right to move on. But we also had the luxury of time to assess the album and explore some avenues we felt the album may have missed.”

“In that way, it was important that Moral Panic II comprised of completely fresh, newly written songs rather than songs that just didn’t wind up making the album, like how a traditional deluxe version would function. There’s a familiarity, but we also really honed in on a new side of the band. Part II really rounds Part I out – the two parts should be enjoyed as one project.”

New track Miracle, Baby, produced by Rich Costey (Biffy Clyro, Haim, Foo Fighters) is intensely captivating and gives another taste of Moral Panic II with its refreshing narrative and commanding chorus. The track is accompanied by a lyric video, which can be watched here. The band say;

“Miracle, Baby was written directly after Futureproof. After experimenting with hip hop/RnB influences on that song, it really helped inform a direction for us to follow – we tried to pull vocal inspiration from soul and funk and musical inspiration from almost a prog rock background. The lyrics are light-hearted in a way which felt refreshing to include in the Moral Panic world. We wanted to create a narrative – they’re actually very nearly a joke, but the end seems to turn them round somehow and makes the whole thing more punchy.”

Released last year, their third album Moral Panic achieved over 102 million streams and saw support from the likes of BBC Radio 1, Virgin Radio and Radio X alongside winning Best Indie Act at Global Radio’s 2021 Awards. Moral Panicfollowed their 2018 EP What Did You Think When You Made Me This Way, their 2017 acclaimed album Broken Machine, which charted at #2 in the UK album chart, and their debut self-titled album Nothing But Thieves.

The past few years have been quite a ride for Nothing But Thieves. Amassing over 1 million worldwide album sales and over 907 million worldwide streams, they have built up a loyal and wide following for their impactful alt rock sound, cementing themselves as one of the best current rock bands in the world. Selling 150,000 tickets on their last album campaign, which included a sold-out show at London’s Alexandra Palace and selling out their entire worldwide Broken Machine headline tour, their success has been global.

The band have performed on US TV shows, such as James Corden and Jimmy Kimmel, after their debut became the bestselling debut from a UK rock band in the US in 2015 and played packed out international shows from Poland to Amsterdam, where they headlined an arena to 6,000 fans. After intimately debuting new songs early last year for a BRITs/War Child gig, they were set to tour internationally last Spring, including a show to 6,500 people at Moscow Adrenaline Stadium.

Following 3 livestream performances Live from the Warehouse last year to launch Moral Panic, they are finally bringing songs from the album to live audiences this Autumn with a UK, Ireland and European tour, including their biggest ever headline London show at O2 Arena. With a well-earned reputation for their energetic, impassioned and infinite live shows, it’s a tour not to be missed. Full dates are as follows: