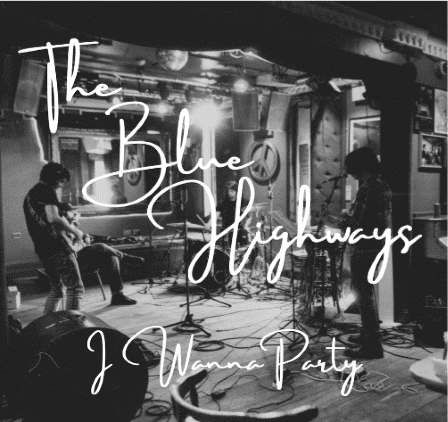 The Blue Highways return with an EP of four rather fine new tracks. Following on from their excellent 2020 debut album Long Way To The Ground, the EP again takes a solid Americana approach, mixing soul and rock to give a high energy, upbeat sound.

The London based band’s line-up includes a trio of brothers: Callum Lury (vocals, rhythm guitar and piano), Theo Lury (drums) and Jack Lury (lead guitar). Callum is the band’s songwriter and has clearly used the enforced break from gigging to good effect. These new songs really deserve to be played live and at full volume sometime very soon.

I Wanna Party is as joyous as its name would suggest. With a fast pace and some big guitar riffs over a huge organ sound, it has an old time bar band feel. This one would make a perfect set opener. Love Keeps Wasting My Time tells of a lover who left, although the song somehow feels much more positive than might be expected. The short guitar solo in the outro is rather good too.

She Moves, released last week as a single, is a soulful love song with some fine harmony vocals and great organ work. The closing track Shut Up And Drive tells of escaping from work and the promise of the open road. The joyous vibe reflects the potential of the future and evokes images of a convertible with the top down and the radio up loud.

The Blue Highways have a big sound, and don’t fall into the trap of extending their songs too much. All of these four tracks come in at under three and a half minutes, leaving the listener wanting more. It’s a good approach and one that clearly works well for them. The band already is already building a formidable reputation as a live act and these songs are just made for the stage.