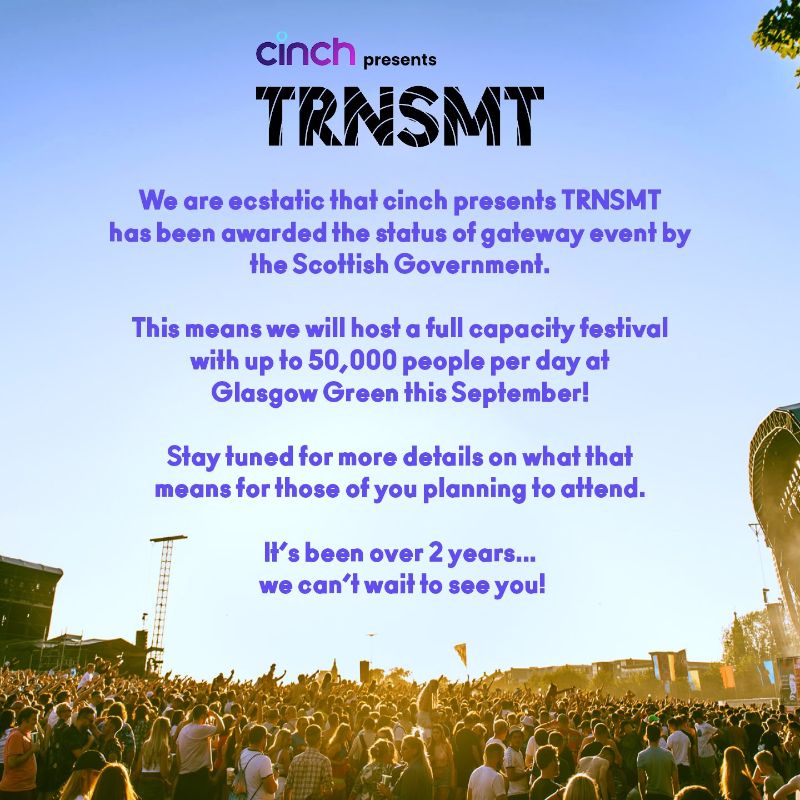 cinch presents TRNSMT today announces the festival has been confirmed as a Gateway Event, with organisers working with the Scottish Government and Glasgow City Council to deliver the event. The three day music festival will take place at Glasgow Green from 10th – 12th September with headliners Courteeners, Liam Gallagher and The Chemical Brothers.

Geoff Ellis, chief executive at TRNSMT said: “I’m delighted to confirm that cinch presents TRNSMT has been given approval to take place this year due to its status as a Gateway Event, with permission to host up to 50,000 fans per day over the weekend of 10th – 12th September. We’re looking forward to working in partnership with the Scottish Government and Glasgow City Council in delivering the festival.”