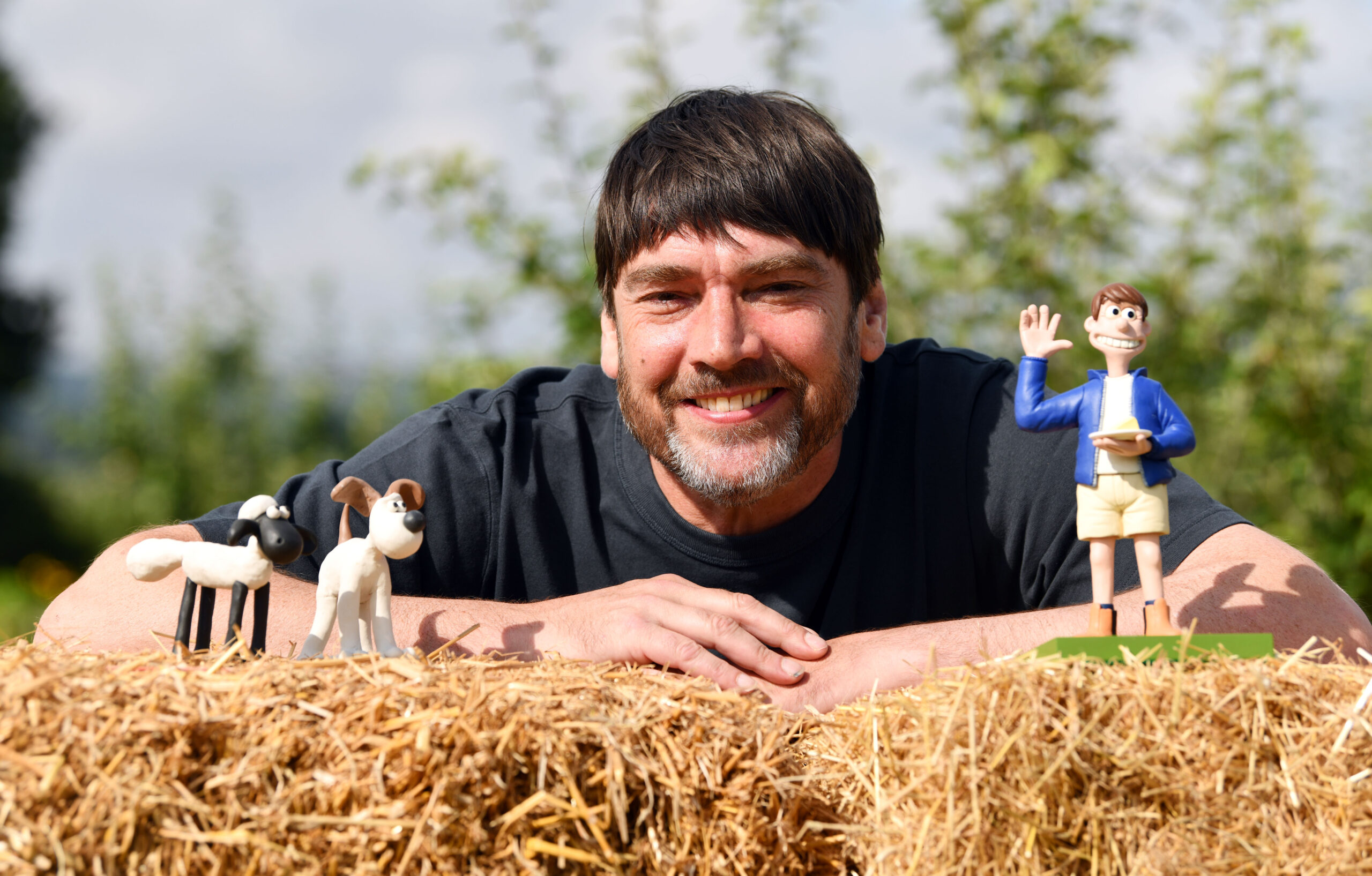 The Big Feastival, proudly presented by M&S Food, today reveals a specially designed model of musician Alex James, courtesy of the iconic animation studio Aardman. Responsible for the globally adored claymation characters of Wallace & Gromit, Shaun the Sheep and Chicken Run, the Big Feastival’s host and Blur bassist Alex James is one of only a handful of celebrities to be modelled by the studio. Alex James was introduced to mini-Alex today at his Cotswolds Farm where the Big Feastival is held and he also met national treasures Shaun and Gromit. In celebration of Alex’s cheesemaking and giving a nod to Aardman’s iconic character Wallace’s infamous love, the figurine of Alex grasps a portion of cheese.

Aardman will be giving festival goers the chance to learn how to make their very own Shaun, Gromit or Lu-La character at modelling workshops at The Big Feastival on Friday 27th August. Led by one of their expert model makers, they’ll also get the opportunity to ask questions about the tricks of the trade from the Aardman studio. Friday day tickets are still available for The Big Feastival at www.thebigfeastival.com  Music acts appearing on Friday 27th August include Sigala, Sophie Ellis Bextor, Ella Eyre and Morcheeba whilst chefs include Theo Randall, Jack Stein, Giz & Greens (Gizzi Erskine and Professor Green), Candice Brown and Ping Coombes.

The Big Feastival, which has become renowned for delivering music of the highest calibre, world class chefs, award-winning street food and an unrivalled programme of family entertainment, is pulling out all the stops for 2021, returning with a bigger line-up than ever before for its special 10th edition. Also on the line-up across the weekend are Saturday’s headliners, kings of funk Nile Rodgers & CHIC, Sunday night is headlined by BRIT Award winner Rag’n’Bone Man, fresh from the release of No.1 album “Life By Misadventure”. Zara Larsson, Tom Walker, Tom Grennan and All Saints are also on the bill and there is a brand-new BBC Music Introducing Stage which will be a real treat for lovers of the hottest new talent and exciting emerging artists.
Additional culinary stars on the line-up include Nathan Outlaw, Mark Hix, Ching He Huang MBE, Matt Tebbutt and many more. The Big Feastival will also features the very best family entertainment, including Children’s TV Megastar Justin Fletcher, Horrible Histories: Barmy Britain Part Five, Andy and the Odd Socks and Aardman Animation with more live entertainment yet to be announced.

Weekend, Camping and most day tickets are already sold out, only Friday Day Tickets remain, available at www.thebigfeastival.com.