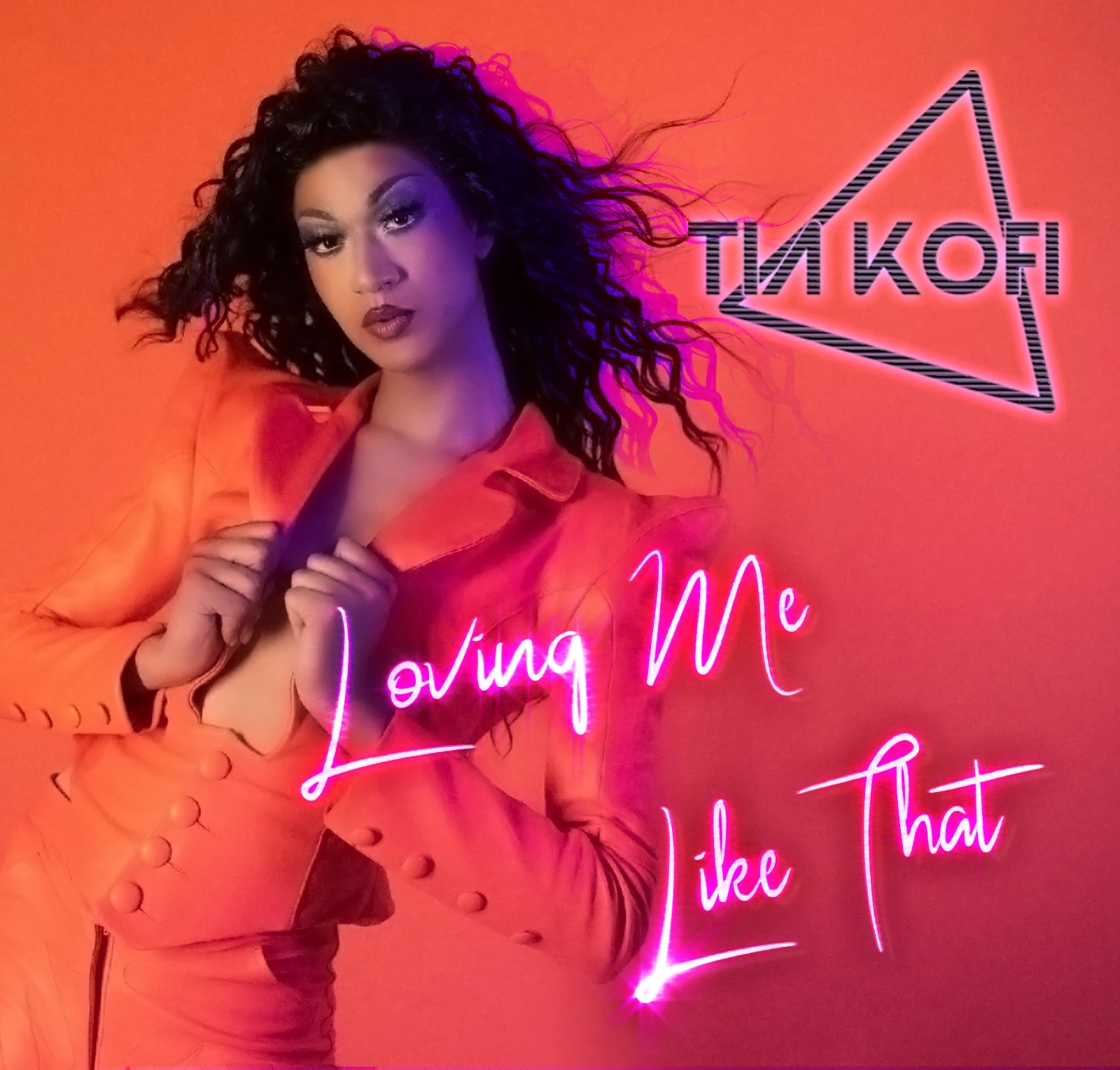 Written by pop genius Bright Light Bright Light and produced by Gil Lewis, ‘Loving Me Like That’ is an infectious and hooky slice of 80’s influenced electro pop, with lyrics tinged with sadness about the end of a relationship. Remixes for the track are to come from both 88 Ninety (One Direction) and Toby Lawrence (Gaydio).

The track is taken from Tia Kofi’s upcoming debut EP, due for release in early September.

To celebrate the launch of the EP, Tia will be playing a special headline show at the Oslo Hackney on Tuesday September 7th. Tickets are available now from https://www.alttickets.com/tia-kofi-ticketsEarlier this month, Tia re-opened the dancefloor at London’s iconic nightclub Heaven, heralding the end of Covid 19 restrictions that have kept nightclubs closed for nearly a year and a half. Tia appeared on Radio 1 Newsbeat, ITV News and Sky News giving her views on the return of live music and clubs.

Tia has already released two acclaimed singles in 2021. Her debut ‘Outside In’, written by Little Boots and Tom Aspaul, was released in February of this year. The reaction to the track was phenomenal, being premiered on both Radio 2’s Zoe Ball breakfast show and Gaydio’s breakfast show. Rylan also supported the track on his Radio 2 show. ‘Outside In’ has amassed over 650,000 streams since and entered the Top 30 on iTunes. It was also a Top 3 hit on the Official Music Week Commercial Pop Chart.

Her second release ‘Look What You’ve Done’ was a collaboration with dance supergroup Cahill, and again hit No.3 on the Commercial Pop Chart. It was playlisted by Hits Radio Pride, was a Gaydio Breakfast Show song of the week and has so far amassed over 250,000 streams across platforms.

Tia also hosts a weekly Friday evening radio show for Virgin Radio Pride and was the presenter of digital content for the BBC’s Eurovision Song Contest this year. She also performed a special acoustic at Attitude Magazine’s Pride at Home festival.

This Summer will see Tia perform at major music events including Manchester Pride main stage, Pride In London main stage, Bristol Pride, Holy T in the Park and Glitterbomb in the Park.