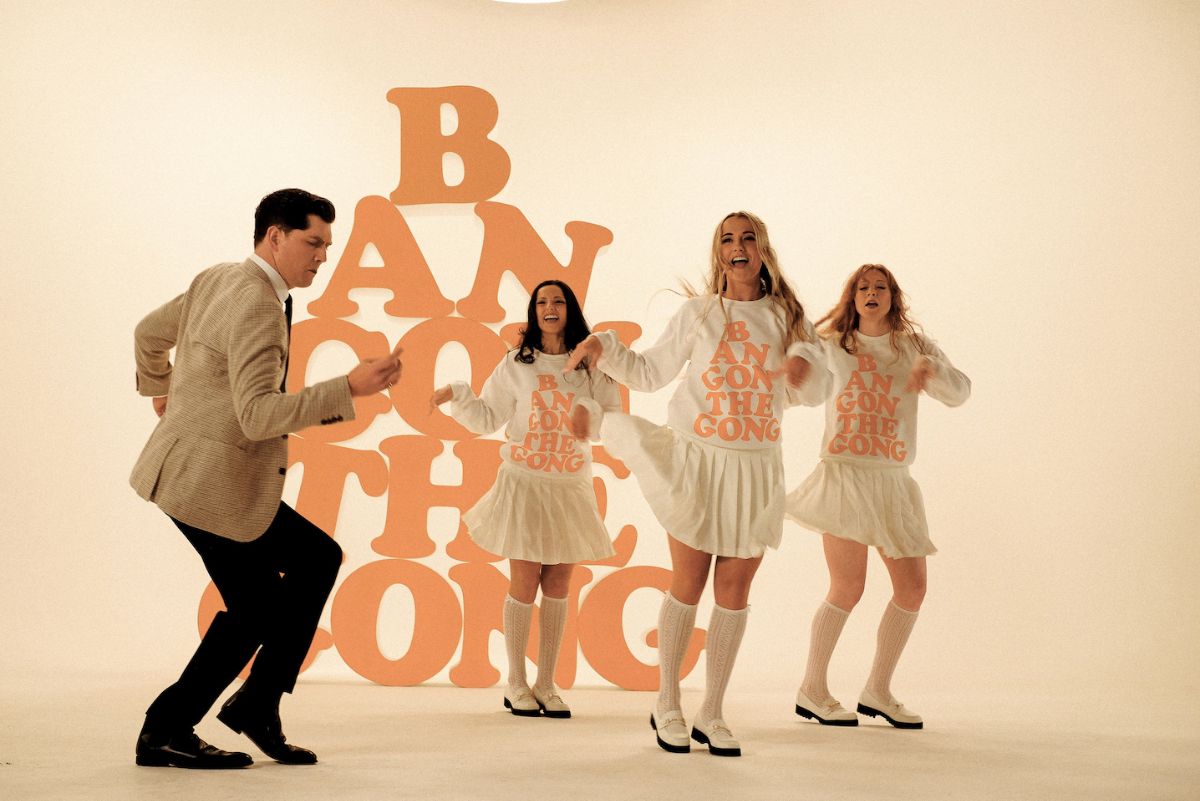 Twin Atlantic return with new single ‘Bang On The Gong’

Twin Atlantic have returned in style. After last year’s impeccable studio album POWER, the boys today drop ‘Bang On The Gong‘ – premiering on Radio 1, the track oozes style, charisma and swagger in a way they’ve never delivered before, marking the start of a new chapter in the Scots’ prolific career. Watch the video, directed by Nick Afchain.

With ‘Bang On The Gong’, the name of a fictional variety show, frontman Sam McTrusty, slips with ease into a reserved, charming, fun and seductive role. The presenter of ‘Bang On The Gong’, performing alongside dancers, Sam is thrust front and centre, embracing a fun and exciting direction for Twin Atlantic.

McTrusty says: “We let the director Nick Afchain take the lead and he imagined “Bang On The Gong’ as an old seedy 70’s TV show. It’s very tongue-and-cheek, which matches the song because the track doesn’t take itself too seriously. It’s been so much more relaxing letting people who inspire you take the reins, instead of others doing it for you, and it allows for everyone to feel much more invested in the project. I could taste the cigarettes for about 3 days after the shoot! 90% of the people in the studio that day were some of my best mates, which was a new experience. I felt really proud of everyone involved on a personal level.”

Taking the role of producer, the band’s bassist, Ross McNae, said of the video: “Taking more than a little influence from a recent movie, the possible narrative of our video highlights the fleeting nature of success, while also shining a light on how far we’ve come as a society since those days. After eighteen months of turmoil is there any other way to play the visuals than to have fun and not take life too seriously?”

With live music returning to the fore, the band recently delivered a triumphant main stage performance at this year’s Download Festival Pilot, and will now hit the road for their re-scheduled 11-date August/September UK headline tour.

Bold, adventurous, and a load of fun. This is just the start of a new era for Twin Atlantic. Watch this space….