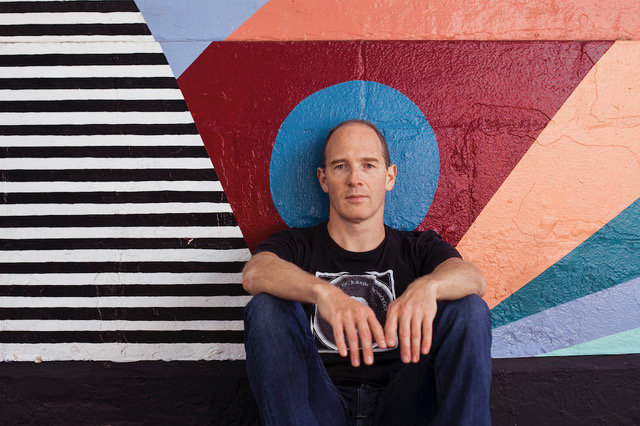 CARIBOU will be headlining a huge show at Dreamland, Margate this Summer.

CARIBOU is the alias of visionary Canadian artist and producer Dan Snaith.

From his Polaris Prize winning record ‘Andorra’, to the universally adored ‘Swim’ in 2010 (which sold nearly 175, 000 copies worldwide and was named ‘Album of the Year by Rough Trade, Mixmag and Resident Advisor whilst also hitting The Guardian, Pitchfork, Spin and Mojo‘s Top 20), to 2014’s equally successful ‘Our Love’ (which received an overwhelming critical acclaim and top 5 ‘Album of the Year’ positions from the likes of The Guardian, Mixmag, Loud & Quiet and NME), Caribou has made his name as one of the 21st Century’s brightest talents in electronica.

In 2020, Caribou cemented that reputation with the release of his universally acclaimed new album, ‘Suddenly‘, a warm, untameable and constantly surprising album about family and the changes we go through as those relationships evolve. Featuring a stream of well-received singles (“Home,” “You and I,” and “Never Come Back“), it was an upbeat and soothing record meant to soundtrack either a night out or a day inside, that for a world locked inside was instantly relegated to the latter. That didn’t stop ‘Suddenly’ from resonating with the masses throughout 2020, with the record receiving widespread critical and public praise and hitting #2 in the UK Dance Chart, #3 in the UK Independent Chart, plus earning a Top 20 Official UK Chart Position. Earlier this year, Caribou also released the Suddenly Remixes, an LP featuring 12 reworkings of ‘Suddenly’ tracks by an all-star cast of producers and friends including Four Tet, Floating Points, Morgan Geist, Toro y Moi, and Jessy Lanza.

With touring scrapped last year, in 2021, Caribou now looks forward to bringing ‘Suddenly’ to UK live stages for the first time. Having toured and DJ’ed around the world as both Caribou and Daphni, Dan Snaith has earned a formidable reputation for immersive and captivating live shows. With an extra 12 cuts of hypnotic, genre-defying, dancefloor smashes now at his disposal courtesy of ‘Suddenly’, Caribou’s headline performance at Dreamland this Summer is guaranteed to be nothing short of a spectacle.

For this one-off event, convention-blurring techno producer and musician Kelly Lee Owens will be airing tracks from her equally celebrated 2020 album ‘Inner Song’ earlier in the evening. Featuring a collaboration with the Velvet Underground legend John Cale, the record saw her earn a five-star review from NME and further praise from critics including Pitchfork, Q, Uncut and more.

Plus, opening up proceedings, Marie Davidson will be bringing a new album, band, and the bold new sound of: ‘Renegade Breakdown’ to the stage. Released via Ninja Tune, the project is a collaboration between Marie Davidson and the Montreal trio L’Oeil nu who comprise:  Marie, Pierre Guerineau and Asaël R. Robitaille. Expect a set of forward-facing, innovative pop that builds on the classic tenets of Marie’s music to create something that strikes out towards a broader audience with wild imagination.