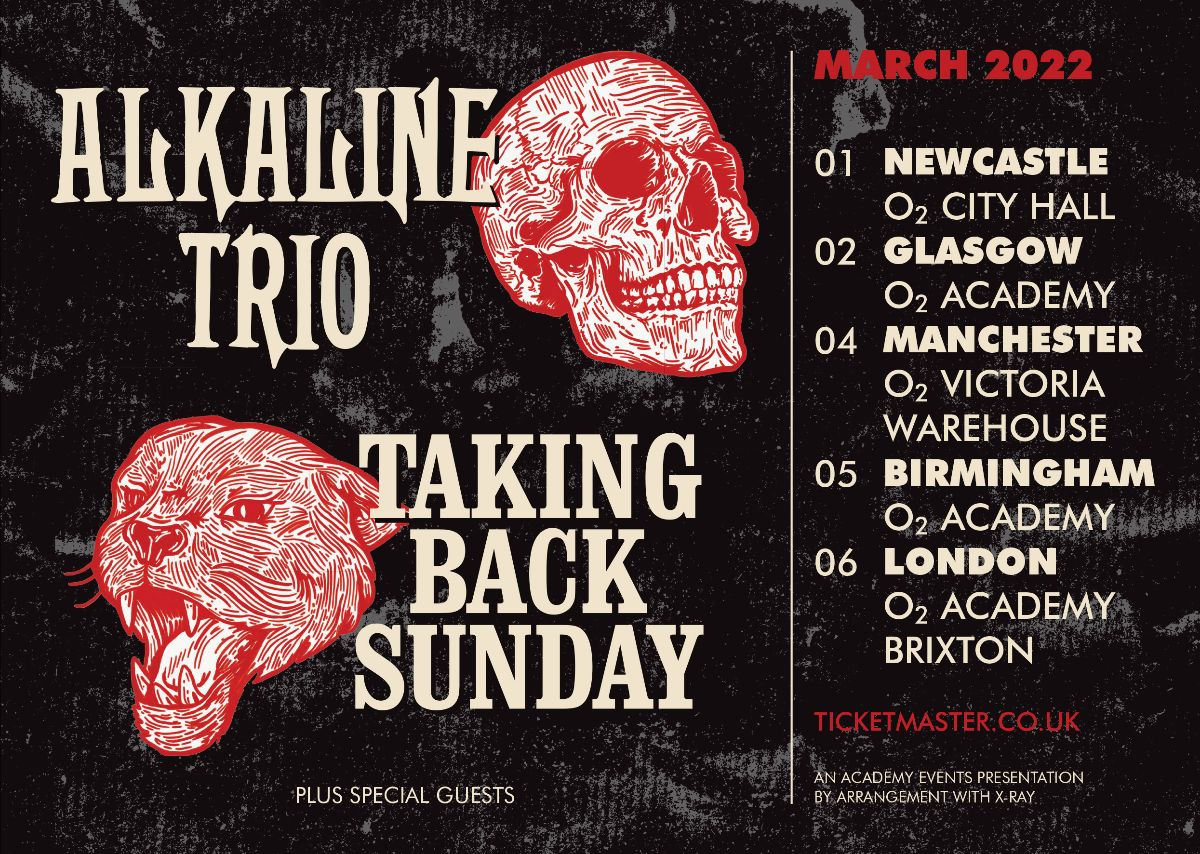 What is undoubtedly one of the most exciting double bills EVER, Alkaline Trio and Taking Back Sunday have announced a co-headline UK tour in March 2022.  The announcement comes as Alkaline Trio hit the UK this weekend for Slam Dunk Festival.

Dan Andriano from Alkaline Trio: “We are so excited to tour the UK again! It’s been WAY too long and we look forward to seeing some familiar faces and some new ones too. And with our pals in Taking Back Sunday, it will make the return even sweeter! We can’t wait!!

Shaun Cooper from Taking Back Sunday added, “​We have been very lucky to be able to play shows with Alkaline Trio since 2001.  We are always honoured to share a stage with a band that inspired us early on and continues to do so with every album they put out.  We cannot wait to share stages throughout the United Kingdom in 2022!”

Tour dates are as follows:

Since emerging in 1996, Alkaline Trio have become one of punk rock’s most progressive and unique bands of the last decade, rousing a dedicated legion of passionate supporters with nine fan-adored albums and relentless worldwide touring.

If you can’t believe that Taking Back Sunday have been around for 20 years, you’re not alone, because they can’t either. Vocalist Adam Lazzara, guitarist/vocals John Nolan, drummer Mark O’Connell and bassist Shaun Cooper are beginning work on their 8th studio album. From the band’s landmark 2002 debut Tell All Your Friends to their most recent full-length, 2016’s Tidal Wave, Taking Back Sunday have evolved from a key player in the early 2000s emo scene to a genre-defying rock band who have three gold albums without ever ceasing to push the limitations of their sound. Used to constantly touring the world, including a 12 country 20-Year anniversary celebration in 2019, the band is ready to start bringing their vivacious energy back to their live shows in the coming months.