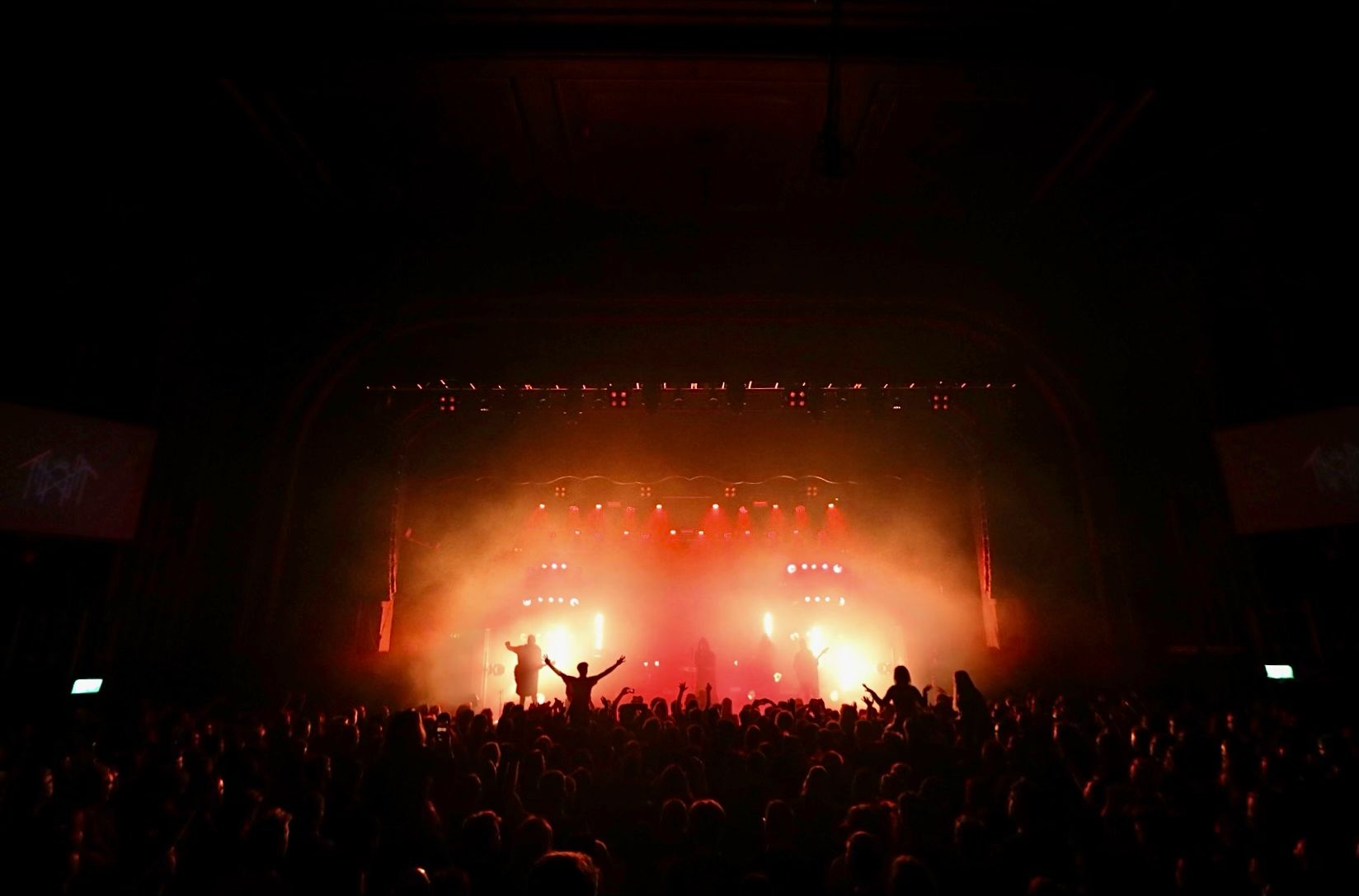 Winners of the 2021 Heavy Music Awards have been announced following an electrifying sold out ceremony at London’s O2 Forum Kentish Town in front of a capacity 2,300 crowd. With Amazon Music as headline sponsor the likes of Bring Me The Horizon, Enter Shikari, Ghostemane, Spiritbox, Nova Twins, Wargasm were out in force taking home the coveted gongs, following a worldwide public vote which saw a staggering 1.4 million votes cast.

The show, hosted by Kerrang! Radio’s Alex Baker saw standout performances from Sleep Token, Trash Boat, Hot Milk and As Everything Unfolds, continuing the award’s tradition of securing the hottest names in rock music and lifting up home grown talent. A simultaneous live broadcast presented by The Heavy Network’s Tasmin Taylor and Jon Mahon from the luxurious HMA Lounge tour bus studio, was watched by a huge global audience on Twitch.

Sheffield’s Bring Me The Horizon continued their staggering wave of worldwide success as they doubled up with victories in both Best Album presented by Amazon Music – for the chart topping ‘Post Human: Survival Horror’ and Best UK Band presented by Lightwave Productions. Frontman Oli Sykes was quick to thank the band’s fanbase first and foremost saying: “We are so stoked. Thank you to the Heavy Music Awards for making all of this possible. It’s just the start of a new journey for us, Post Human Chapter 2 is coming very, very soon – we have so much exciting sh*t to unveil in the coming weeks!”

Enter Shikari frontman Rou Reynolds was ecstatic on stage as the band claimed Best Production for their acclaimed sixth album ‘Nothing Is True & Everything Is Possible’ on SO Recordings, the first Enter Shikari album he produced fully. While Nova Twins – who performed at the Heavy Music Awards in 2019 – took the Best Video catagory for the Harry Lindley-directed ‘Taxi’.

The H presented by Ticketmaster – the special award handed each year to a person or organisation who have made an exceptional positive contribution to the heavy music scene – was presented to Music Venue Trust by Frank Turner for their tireless work through the pandemic to keep grassroots venues open.

Fast-rising Canadian metallers Spiritbox led by the astounding frontwoman Courtney LaPlante have quickly made a massive impact on the world stage  seeing them pick up Best International Breakthrough Band presented by AfterLive Music, their first ever Heavy Music Awards win. The first ever Best Podcast Award presented by The Heavy Network was one of the closest fought battles in HMA history, taken by a razors edge by Craig Reynolds’ hugely popular The Downbeat.

Now in its fifth and most successful year The Heavy Music Awards has cemented its place as a staple in the live calendar and with its worldwide reach continuing to grow exponentially.  Celebrating the breadth of talent across the alternative scene – including venues, designers, producers, photographers, podcasts and recognising those at grass roots levels, it looks forward to welcoming fans back through it’s doors in 2022.

BEST PODCAST PRESENTED BY THE HEAVY NETWORK
The Downbeat