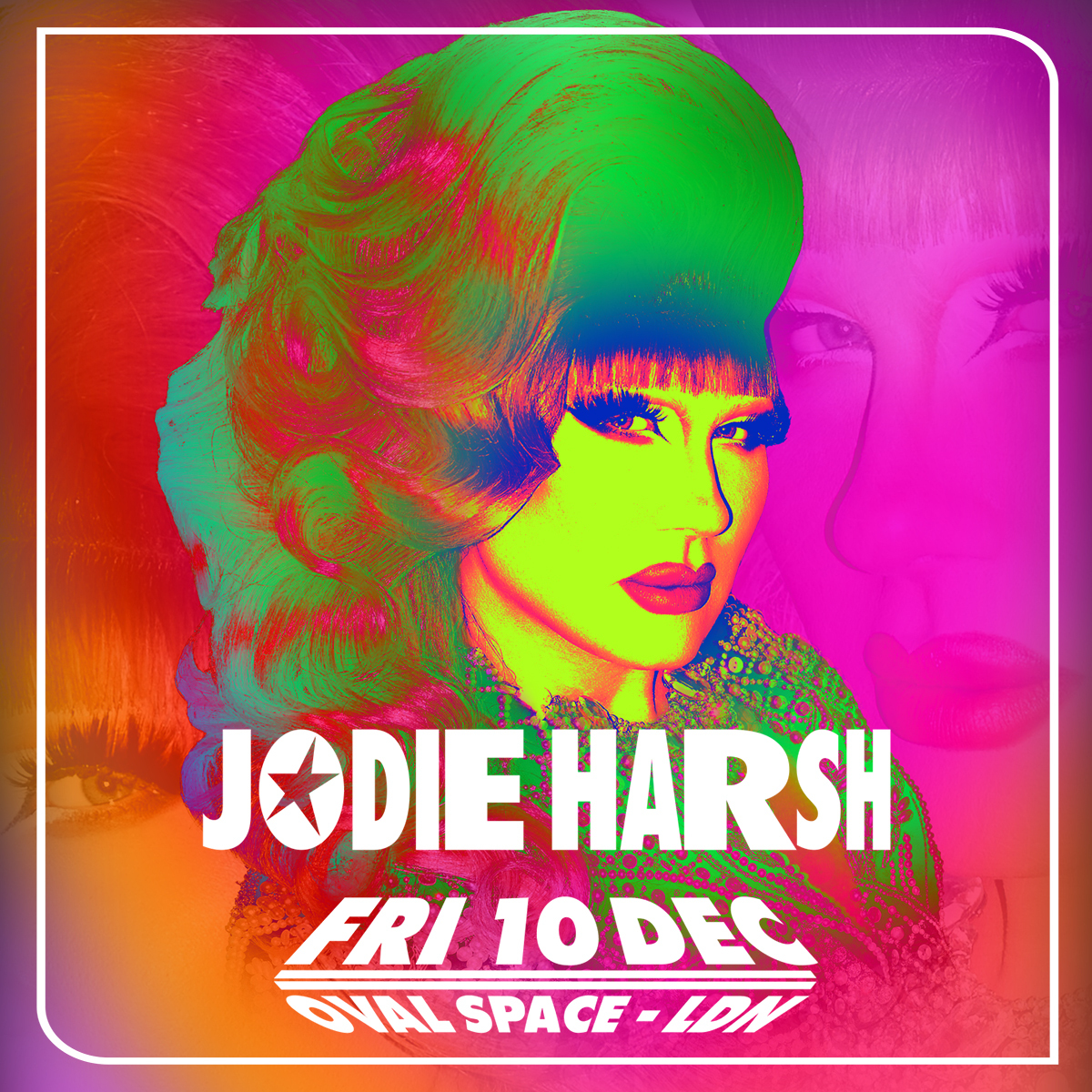 Famous for her trademark blonde beehive and thumping DJ sets at clubs, festivals and A-List parties, Harsh spins on all four corners of the globe.

Beyonce, Fergie, Cher and Justin Timberlake have had the Harsh treatment on remixes, which include 3 US Billboard Dance Chart No.1’s and not to account Jodie’s numerous writing and production credits with artists from Charli XCX to Example.

In 2021 Jodie’s profile has never been bigger, since signing to Warner Records in February. Her first single ‘My House’ on the Warner label was playlisted at Radio 1, Capital, Capital Dance, KISS, Gaydio and has been streamed over 10 million times. Her current single ‘No Sleep’ co-written with SG Lewis has been received equally as well at radio with Jodie been asked to host the prestigious Radio 1′ Friday Night Dance Party in place of Annie-Mac to an incredible response.

She’ll be bringing the sickest energy to the dance floor in December, get your tickets now!

Tickets are on sale now and available from www.gigsandtours.com