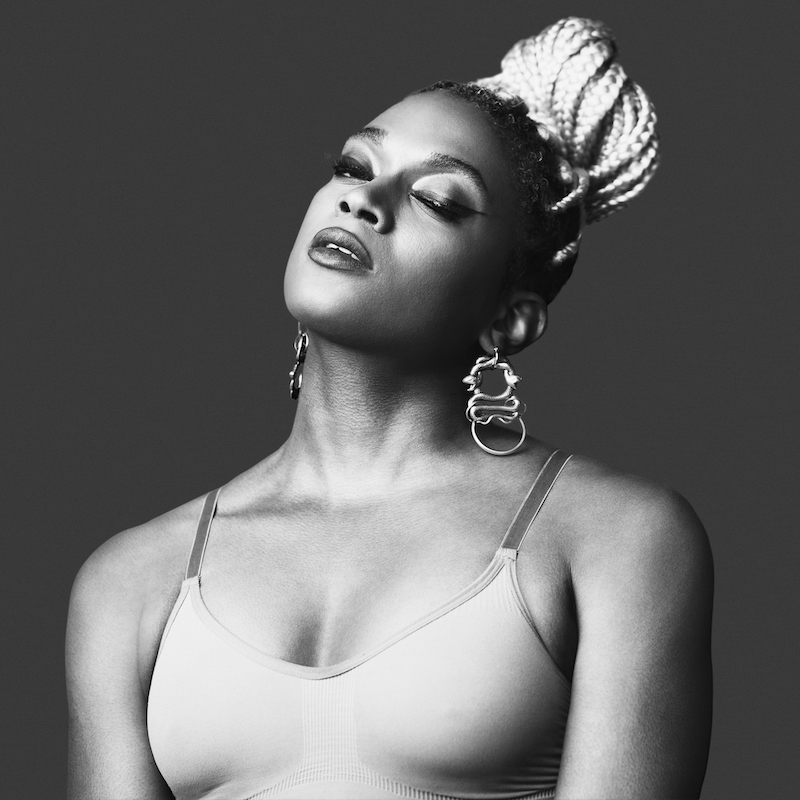 Lotic will release her new album ‘Water‘ on October 29th via Houndstooth. Today the lead single from the record “Come Unto Me” is streaming online, with a video directed by Matt Lambert.

Speaking about the video, Lotic said “1.8 million Africans died on the Middle Passage; their bodies were thrown into the Atlantic. Had their cells been able to adapt to this new ecosystem, and thrive and multiply, perhaps a glorious new culture and history would have been possible.”

Listen to “Come Unto Me” via other streaming services here:https://hth.lnk.to/LOTIC

J’Kerian Morgan, the artist known as Lotic, says of her second album Water: “This is the record I always wanted to write. This feels like my arrival as an artist.”

“Wet” is a feat of non-lyrical vocal expression, luxuriating in its own operatic romanticism. “Emergency” shifts gears with quickened drums, a pulsing rhythm and breathless insatiability, reinforced by the upper-register delivery of the plea, “Sound the sirens / My body’s writhing / I need to see you / Feel you, taste you, reel you in.” “Come Unto Me” is the synchronous telling of a cherished partnership and a lament for its loss through time. It relishes in connectedness with the lyrics, “Seeing you fully hear you entirely / Need you to know i / Love you truly, deeply,” while foreshadowing the inevitable need to soon turn those sentiments towards herself. Its bittersweetness reflects in the unlikely union of sludgy, bodeful pads and tones and delicate, celestial chimes.

“Changes” is a spoken testimony to unequivocal Black queerness, and features the voice of Julius Errol Flynn. “Always You” is a slow, deliberate mantra, laid meditatively over an accelerated double-time tempo, professing, over and over, to forever choose the object of its desire. “Apart” addresses the sweet agony of separation, with skittering electronic pulses and plucking of harp strings gently guide Lotic’s angelic voice further upwards towards a heavenly ascent.

The album’s third begins with sown seeds of discord in “A Plea.” Thunderous single notes hum like drones, falling away into a racing, skipping heartbeat, while demanding with a hot whisper to know “Do you even see me? Do you even care? Do you even love me? Of this I’m unaware.” “Oblivious” emerges as a solo voice under a spotlight, but the scene soon reveals an expanse of unsteady, inhospitable terrain. A devastating dressing-down ensues with Lotic’s voice hovering with clarity and shifting glimpses of razor sharpness, as she addresses the protagonist with her scars and righteous indignation. The haunting, swooping, intuitive harmonies of “Diamond” unites and concludes the context and subtext of Water, with a fitting final metaphor and a soaring musical peak. Here the beauty and follies of the human condition, the intoxicating and excruciating nature of love, and the crushing realites of a life lived can indeed forge something even more exquisitely, artfully, uniquely beautiful than expected.