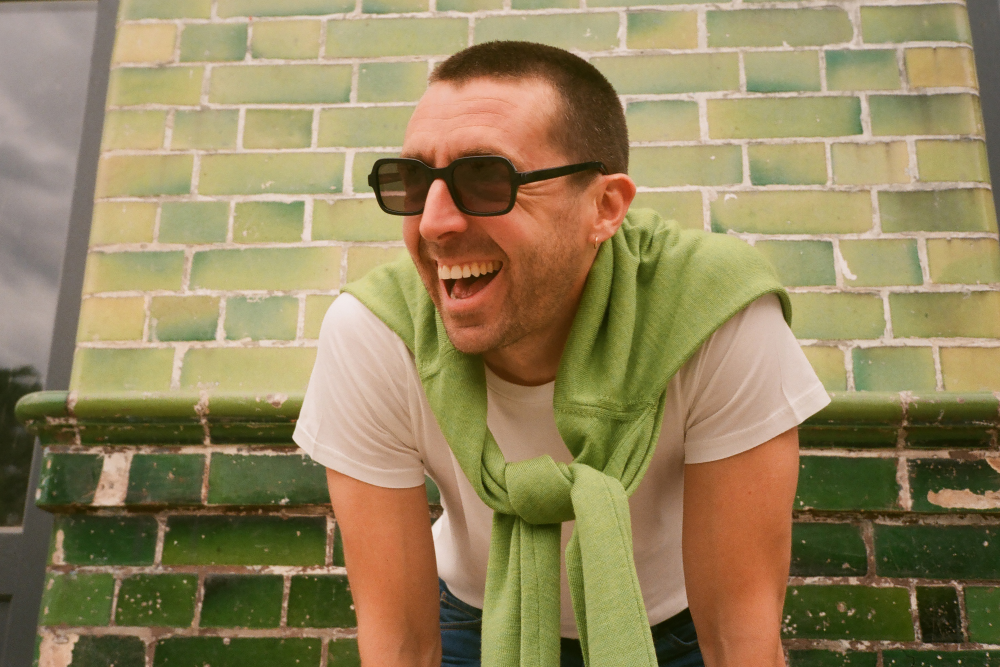 Miles Kane has returned with, ‘Don’t Let It Get You Down’, the debut single from his forthcoming new album Change The Show, out 21st January 2022 on BMG.

‘Don’t Let It Get You Down’ is Miles Kane at his very best: energetic, infectious
and full of swagger, the track opens with a sample from fellow Wirral alumnus Paul O’Grady. Miles also releases the official video, directed by James Kelly and featuring Emmy Award-nominated actor Jimmi Simpson (Black Mirror, It’s Always Sunny In Philadelphia, Westworld, House Of Cards).

Following a chance “no frills session” with psych-rock duo Sunglasses For Jaws at the band’s Hackney studio, Miles’ fourth solo album Change The Show really began to take shape. “I saw myself in their energy, but also their taste and their knowledge of music,” Miles explains. “It was the first time I’d felt old!”

Opening with the honest soft croon of ‘Tears are Falling’, the album is a joyous ride from start to finish and features a surprising, but spectacular appearance from Grammy-nominated singer Corinne Bailey Rae for a duet on ‘Nothing’s Ever Gonna Be Good Enough’. It’s an album that best represents Miles himself: charmingly authentic, and like nothing else you’ll hear in pop music today.

“This album was born out of an intense period of self-reflection; having all this unexpected time on my hands,” Miles said of the last 18 months. “I wrote songs about big highs, big lows, daydreams, true friends and deep feelings. I learnt to let the future unfold of its own accord, while staying true to myself and that has led to what feels to me like a really uplifting album!”

A record for fans both new and old, Change The Show is the Miles Kane album we’ve all been waiting for. The apotheosis of his previous works, incorporating those classic rock and glam influences, but focusing more closely on Motown, soul, and Fifties R&B.

Change The Show Track Listing:
1. Tears Are Falling
2. Don’t Let It Get You Down
3. Nothing’s Ever Gonna Be Good Enough (Feat. Corinne Bailey Rae)
4. See Ya When I See Ya
5. Never Get Tired of Dancing
6. Tell Me What You’re Feeling
7. Coming of Age
8. Change the Show
9. Constantly
10. Caroline
11. Adios Ta-ra Ta-ra

A performer known for his blistering live shows, Miles will play an intimate gig at London’s Omeara on 15th September. Tickets are available from HERE.