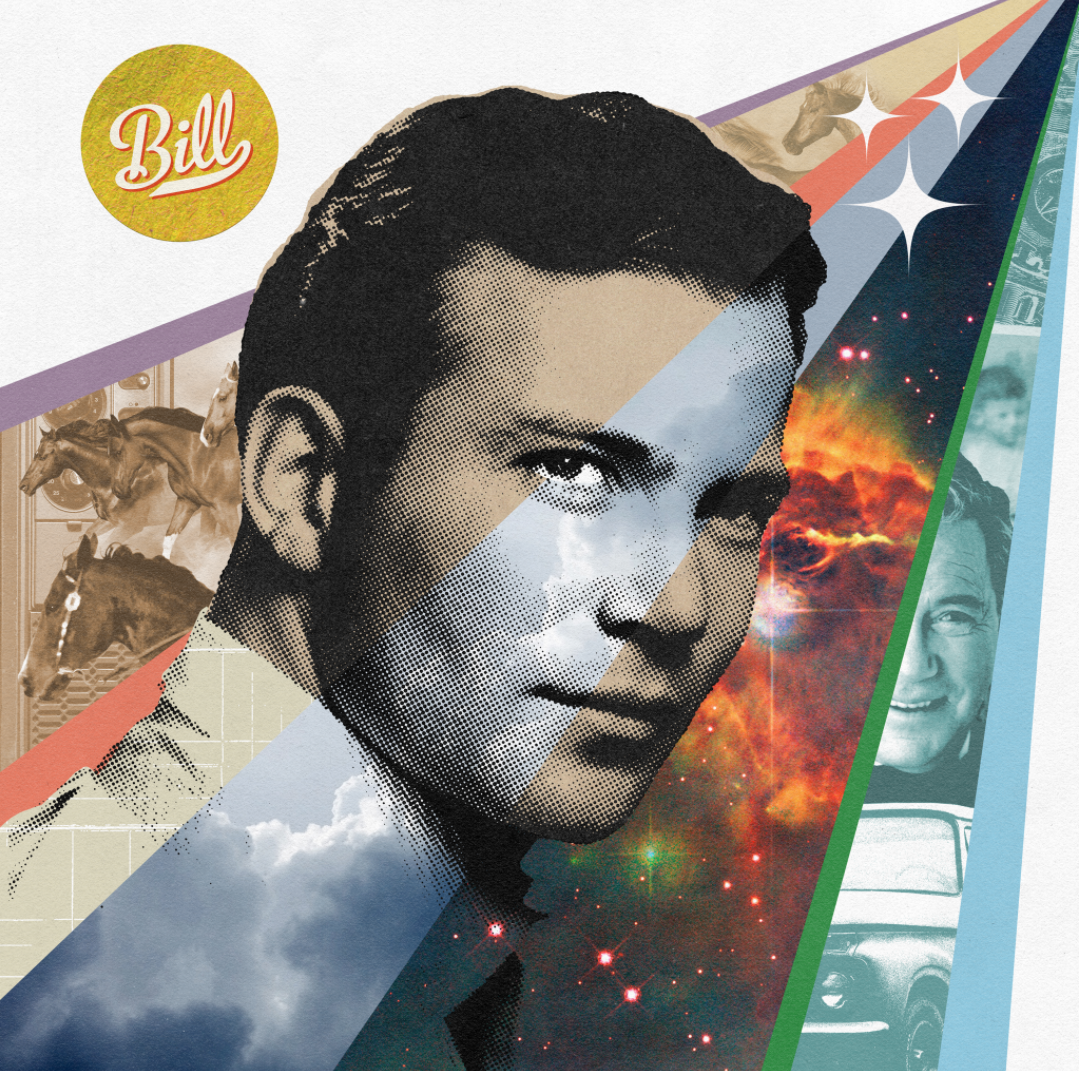 Through spoken word and genre-bending music, the songs on BILL chronicle significant autobiographical moments in William Shatner’s life and the ideas, challenges, and questions he’s confronted along the way. The tracks were co-written and produced by Grammy Award-winner Dan Miller [They Might Be Giants], while the lyrics were a collaboration between Shatner and his friend and writer Robert Sharenow. In addition to Joe Jonas and Brad Paisley, BILL features guitarist Joe Walsh [James Gang, Eagles, Ringo Starr & His All-Starr Band], pedal steel guitarist Robert Randolph [Robert Randolph and the Family Band], musician John Lurie, saxophonist Dave Koz, and more. See the full tracklist below.

On creating the album remotely during the pandemic, William Shatner says, “Through a series of phone calls, texts, and emails, music and words flew back and forth across the country. The [Covid-19] crisis created an urgency and quickly unleashed a candor between us that allowed us to peel back layers that sat on the surface of a subject to reveal the depth of truth buried underneath. What better time to contemplate life’s biggest questions than during a global pandemic? Some songs touched on painful or beautiful moments, while others turned into elliptical philosophical explorations about the very nature of existence and death.”

He continues, “BILL blends long-form autobiographical poetry and prose, music, spoken word performance art, and philosophical exploration. Toggling between passion and despair, reflection and yearning, this collection explores my life journey during a pivotal and chilling moment of history.”

On “Clouds of Guilt,” William Shatner explores the strangely powerful role guilt has played throughout his life, with equal measures of wit, irony, and self-awareness.

Joe Jonas states, “I’ve been a fan of Bill’s for as long as I can remember. He’s iconic. To not only be featured on one of his songs that mean so much to him but to also get to be a label partner on the entire project, it’s an honor.”

While on “So Far From the Moon,” William Shatner revisits a pivotal moment in his life after the cancelation of Star Trek and his divorce, when he was doing dinner theater and living out of the back of his pickup truck. One the night of July 20th, 1969, as he lay out in a sleeping bag in the back of the truck, staring at the sky, he listened to the live broadcast of the moon landing. Despite being at a low point in his career, Shatner found inspiration and a connection to the astronauts in the sky above, who he had met years before while they were training for their mission.

Brad Paisley comments, “It’s so interesting to hear what effect the moon landing had on Bill, because every generation of astronauts since those days credit him with inspiration. I’m so proud to be on this track.”

The other songs on BILL dive into various stories and topics, including the nature of relationships, the struggle with fame and identity, the meaning of life, and more. Like epic song cycles of the past from Homer to Kendrick Lamar, William Shatner’s journey is both extremely personal and universal, extraordinary and relatable. His unique insights and delivery, beloved by millions worldwide, give voice to the joys and struggles we all face.