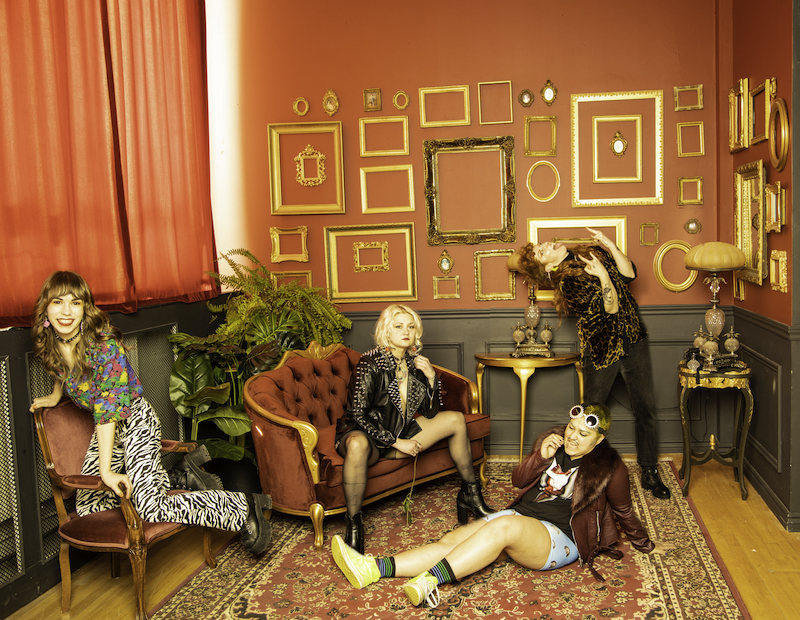 Toronto-based punk band Bad Waitress released their debut album No Taste last week, on Sept 3rd, via Royal Mountain Records. With a ferocious and exhilarating energy, captured expertly by Grammy-nominated producer Dave Schiffman (PUP, The OBGMs, Trash Talk), No Taste delivers a crash-course in Bad Waitress’ brand of razor sharp punk rock over its ten songs. Today the band are sharing their new single & video “Manners” from the record.Speaking about the new track, the band explain ““Manners” is about how uncomfortable it feels to have people try to force you into this box of “a sweet little girl” when that doesn’t stick at all to what you know you are. Having the emphasis on your upbringing be to please the world instead of nurturing whatever it is that makes you feel at home in yourself. It’s about being taught to think of what’s expected of you instead of what feels right, and chucking that shit out the window as soon as you realize how bogus that is.“

That improvisation spirit doesn’t stop at their music. Katelyn Molgard, Nicole Cain, Kali-Ann Butala, and Moon finish each other’s sentences. Their conversations flow like free jazz. When asked to describe Bad Waitress’ sound, they agree on one word: conviction. “We play with conviction. There’s nothing apologetic about it,” Kateyln says. “Even with our bizarre song structures, we don’t hide anything in our music. It’s just very…I don’t like the word raw, it’s overused, but…raw.” The band fidget between genres, instead honing a distinct energy. “It’s energetic. It’s electric,”Moon adds. “It’s whatever word that we can think of later that’s better than raw.” Nicole suggests, “Honest?” Katelyn jumps in, “Rawnest.”