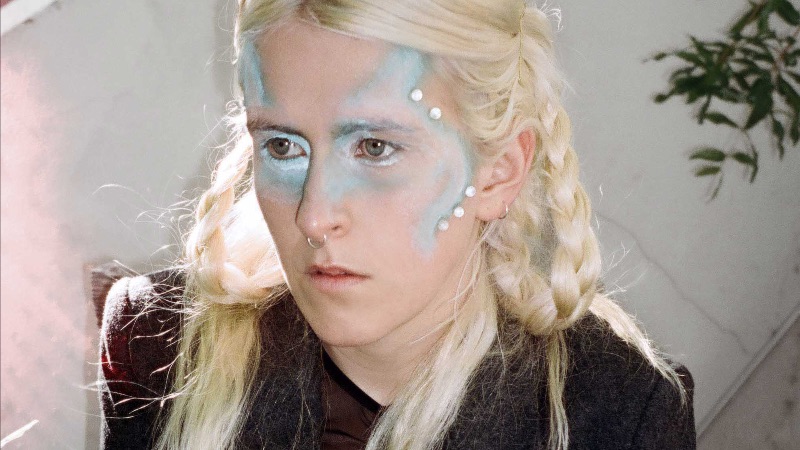 Lala Lala, the project of Chicago musician Lillie West, shares “Prove It,” the newest single from her forthcoming album, ‘I Want The Door To Open’, out October 8th on Hardly Art. Next month, West will perform a string of US record release shows before embarking on a UK, European and North American tour in 2022.

“Prove It“ is contained and polished, with West singing over sparse guitars before the track reaches its percussive climax. “‘Prove It’ is a song about insatiable people and the idea of ‘good’ vs ‘bad,'” says West. “It’s about lack of control. Even though this song is accusatory, I relate to the person I’m talking to. I think sometimes when we criticize other people we’re also talking about ourselves.“

The track is accompanied by a beautiful essay by renowned poet, essayist, and critic Hanif Abdurraqib which you can read here. Additionally, Hardly Art presents Open the Door: Find Your Keys and Unlock Total Serenity, an infomercial for the album. Created by Sarah Squirm and Will Duncan, it features testimonials from CHAI, Sasami Ashworth, Camilo Medina (Divino Niño), IAN SWEET, and more.

Following 2018’s acclaimed ‘The Lamb’, West wanted to make something sonically bigger and thematically more outward-looking than anything she’d done before; a record that would be less a straightforward documentation of her own personal struggles and more like a poem or a puzzle box, with sonic and lyrical clues that would allow the listener to, as the title says, open the door to the greater meaning of those struggles. ‘I Want The Door To Open’ is a musical quest undertaken with the knowledge that the titular door may never open; but it is through falling in love with the quest itself that one may find the next closest thing, as expressed with lead single “DIVER”. It’s a bold exploration of persona and presence from an artist questioning how to be herself fully in a world where the self is in constant negotiation.

Lala Lala will celebrate the release of ‘I Want The Door To Open’ with a string of shows in Chicago, Los Angeles, and Brooklyn. Following, she’ll head to Europe and the UK, before bringing back her live show stateside next spring. Tickets for new dates are on sale this Friday, August 13th at 10am local time.