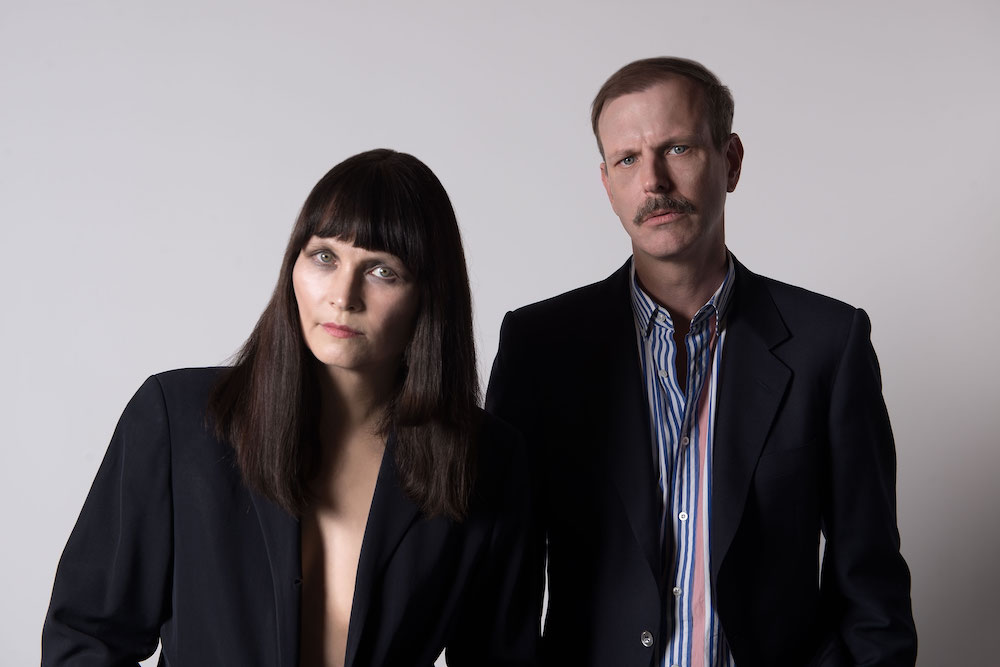 East Coast minimal wave duo Xeno & Oaklander have shared a new single from their seventh full-length album, ‘Vi/deo’, which is set for release on October 22nd release on Dais Records.

Following the melancholic pop gem “Infinite Sadness” and Suspiria-inspired video for “Poison,”“Afar“ is another of the album’s standouts – a slinky, glittering track sung in French. The band comment: “Afar is an infectious French Disco song, mixed with minimal synth arrangements and bitter sweet French lyrics.”

For the accompanying video Xeno & Oaklander team up with visual artist Egan Frantz. In his directorial debut, Egan Frantz creates a minimal music video set in an empty theater. Seemingly shot in one take, a camera rotates steadily as Liz Wendelbo appears and disappears in and out of frame, sometimes multiplied.

‘Vi/deo’ further distils Xeno & Oaklander‘s iconic noir synth pop into a streamlined suite of gleaming, graceful retrofuturism. Inspired by ideas of synaesthesia, scent, star worship, and obsolescent technologies, the duo of Liz Wendelbo and Sean McBride began conceiving the blueprint of ‘Vi/deo’ while sequestered at their Southern Connecticut home studio during the pandemic. The context of isolation, streaming, and remote dreaming seeped into their chemistry, manifesting as both homage to and meditation on a certain cinematic strain of technicolour fantasy: the screen as stage, distance disguised as intimacy, where tragedy and glamor crossfade into one.

Set for release on October 22nd via Dais Records, ‘Vi/deo’ captures the bittersweet beauty of youth and utopias, the wistful transformation from miracle to memory, where love turns unreal and music becomes myth.