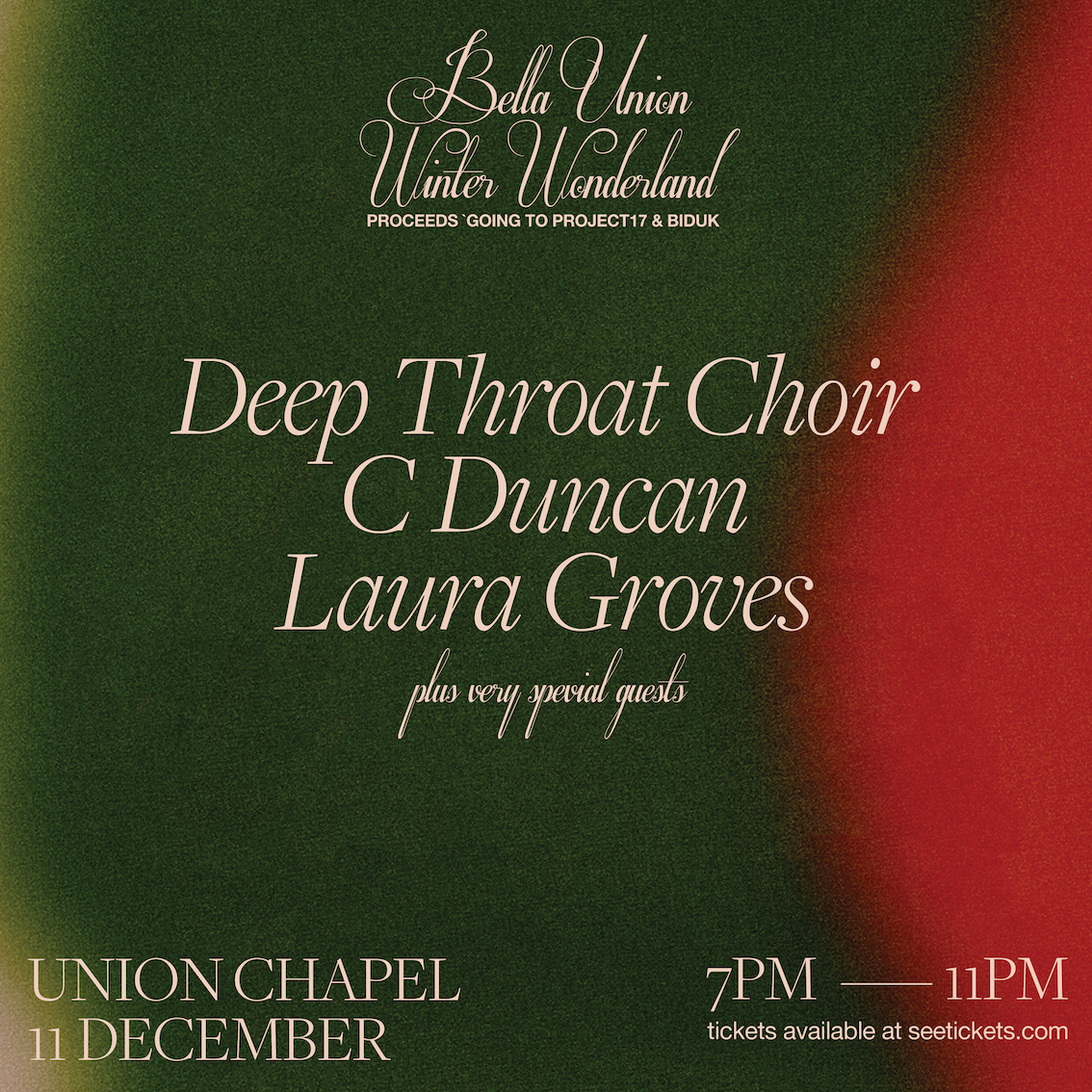 Bella Union are thrilled to announce news of our Winter Wonderland concert taking place at the Union Chapel on Saturday 11th December. The event will feature Deep Throat Choir, C Duncan, Laura Groves and a very special guest who will be announced nearer the time. All profits from the event will go to www.project17.org.uk and www.biduk.org. Tickets go on sale at 10am Friday and are available HERE.

Long celebrated for their cathartic live shows, Deep Throat Choir will have just released their second album, In Order to Know You, ahead of the concert. A set of tremendously abundant, original songs from the east London female and non-binary vocal collective, In Order to Know You is a multi-layered assertion of freshly expansive range. The past few years have seen the collective collaborate with the likes of Matthew E White, Simian Mobile Disco and Stealing Sheep while performing at festivals including Green Man, Wilderness and the Southbank Centre’s WOW festival.

Recently signed to Bella Union, C Duncan‘s debut LP ‘Architect’ was nominated for the Mercury Music Prize while second album ‘The Midnight Sun’ was shortlisted for Scottish Album of the Year. He supported Elbow on their UK and North American tour which led him to record his third album ‘Health’ at their studio in Salford with Craig Potter, which was released in 2019 and also shortlisted for Scottish Album of the Year. He is currently readying new music which will be released next year on Bella Union.

Laura Groves released her critically acclaimed EP A Private Road late last year on Bella Union. As a multi-instrumentalist and songwriter, she explores themes of inner worlds, healing, connection, imagined environments and real-life surroundings, mixing traditional songwriting with experimental synthesised sounds. Groves is currently working on material for a new album due out next year.

Each guest for this show will receive a special Christmas gift from Bella Union on entry to the Union Chapel in the form of a very limited flexidisc, which will only be available to those in attendance.