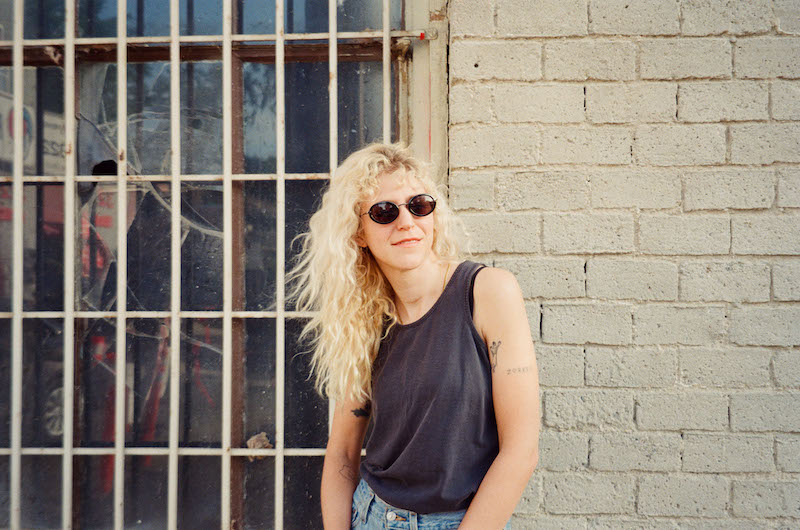 With her new album ‘Zorked‘ due Oct 15th via Suicide Squeeze Records, Julia Shapiro of Chastity Belt, Childbirth and Who Is She? is sharing a new single “Wrong Time” with a lyric video directed by Colby Makin.

Speaking about the track, Shapiro said “I wrote this song in June 2020, after fully coming to terms with the fact that I was now living in LA during a seemingly never-ending global pandemic. This song is about being cursed, but not fully admitting it—fighting hard to keep your life together, against all odds, and cursing yourself even further in the process.”

Adding to this and explaining the thought behind the visuals, director Colby Makin said “‘Wrong Time’ visualises the internal feedback loop of stuck-at-home limbo. Once vaccinated, Julia and I spent a lazy afternoon filming some of her typical 2020 day-to-day routines: puttering in her room, scooting around the neighborhood, playing guitar on her bed. I then holed myself in my own room, experimenting with our footage using an analog video mixer and some old camcorders. The result was a surprisingly ambient collage of textures and clouds. Julia is leading the way, but the video ended up feeling more like a collective reflection of those drifty days we all shared from afar. By the end I found a warm comfort in all the blue!”