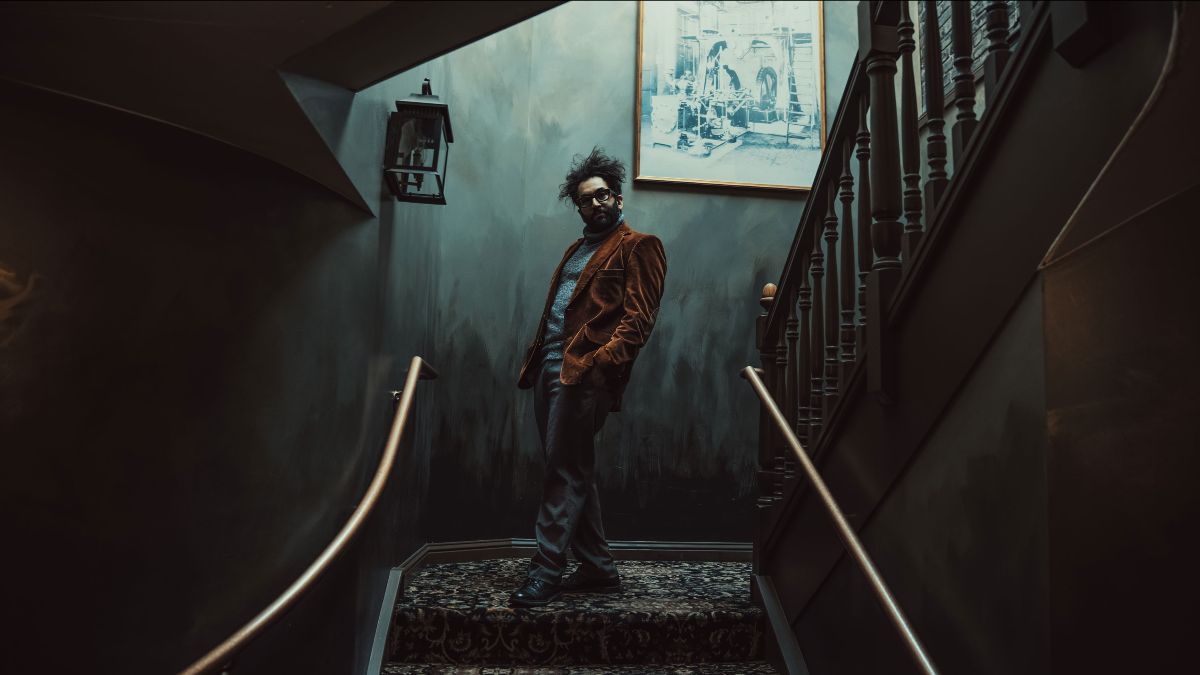 From the desk of Justin Courtney Pierre; My earliest memories are of a boy named Charlie. He was my best friend growing up and we used to play with Hot Wheels together. My mom was always getting mad at me for trading my brand new cars for his beat-up broken old hand-me-downs that he received from his older brothers (it seems I’ve always had a predilection for weathered things). I didn’t mind if my toys looked as if they’d been played with, as long as everything was in its place. I had a tendency to spend more time categorizing and organizing things as a child than I did actually playing with them. And anytime Charlie would come over (I never played at his house, he always came to mine) all my shit would end up out of the boxes and containers and splayed out all across my bedroom like a murder scene. It stressed me out to the point where we’d eventually get into a shouting match and my mom would have to send him home. Our relationship was tumultuous at best. I’d have these reoccurring nightmares about hearing his footsteps slowly climbing up the stairs to my bedroom. I’d count each one, all 12 steps, but he’d never appear. And yet the footsteps would continue to climb. I’d jump out of bed in the middle of the night and start organizing shit, like my sock drawer, thinking if I refolded each sock just a little better, then nothing bad would happen. I was 4 years old at the time.

As we grew older, Charlie became like a second kid to my family of 2. He always seemed to know when we were eating because he’d show up just as we were sitting down to dig in. It got to the point where my mom would just start setting an extra place at the table in anticipation of him. The two of them would go through this 1950’s black and white tv sitcom routine at every meal, with her asking “Don’t they feed you over there?” and he’d smile and reply, with his usual charm, “Yeah, but my mom’s cooking isn’t nearly as good as yours, Mrs. P.,” and then he’d turn to an imaginary camera and wink, and an imaginary crowd would burst into laughter and applause. I hated him for how easily he was able to manipulate my mother. It almost seemed to me as if she even preferred him at times.

We went to Catholic grade school together at St. Jude Of The Lake in Mahtomedi, Minnesota. I remember my 3rd grade teacher, Mrs. Gibson, had a nervous breakdown while reading the end of ‘Bridge To Terabithia’ to us, because (spoiler) when the kid dies at the end Charlie burst out laughing. She lost her fucking mind and screamed at us about not respecting the preciousness of God’s gift of life. Charlie said something like, “It’s just a book, Lady,” and she threw it at him. He ended up having to get stitches above his left eye and she was quietly let go. Our principal filled in for a week or so and his first act as 3rd grade substitute was to liquor us all up on milk and donuts and tell us that Mrs. Gibson had had another miscarriage, and that’s why she reacted the way she did. Fuck Catholic School. I got into so much trouble because of Charlie. He used to fart real loud in church and then dramatically scoot away from me, gasping for breath. He knew I had a tendency to faint in church, and without fail would silently reach around and kick me in the back of the knee at some point in the service, instantly toppling me over. I had so many welts and bruises all over my head from years of repeatedly hitting it on the pew in front of me on my way down. My mom even wrote the school notes excusing me from having to go to church at all, but the teachers always made me anyway. I’ll say it again: Fuck Catholic School.

I don’t know why I was friends with Charlie. He was kind of a piece of shit, now that I think about it. All we did was fight. Or rather, he pushed my buttons to the point where I’d lash out, and then I’d get in trouble, and he’d just enjoy the aftermath. The last time I saw him was in 4th grade. We were all gathered around the television watching The Challenger Shuttle take off. And then it exploded. And then it was quiet. And then there was an announcement. And then it continued to be quiet. And then the teacher turned off the tv and said we could do whatever we wanted for the rest of the day, but everybody just sat quietly at their desks and stared blankly out the window. And then Charlie screamed. He let out a wild guttural scream that ripped through us as violently as a tornado siren. He continued to scream as he stood up and flipped his desk over, spilling all the contents within. He continued to scream as he walked out of the room. I could hear his scream slowly fade as it made its way down the hall, turned the corner, and exited the school.

I never saw him again.

Shortly after the incident, my mom put me in therapy. I don’t really remember a whole lot about that particular time in my life, other than the therapist was a big woman who gave me pretzels and popcorn whenever I participated in the session. I learned to manipulate her, in order to acquire a handful of snacks, purely out of boredom, which in hindsight is what probably kept me in therapy for several more years.

I’m not sure if everyone has had a version of this experience, but a few years back my mom started cleaning out the attic and began gifting me random boxes of all the old garbage of mine she had collected over the years. Boxes containing old G.I. Joe action figures, Hot Wheels cars, report cards, shitty finger paintings, class photos, old Guitar Magazines, cassette tapes, Hardy Boys books, address books, and journals. I kept a lot of journals as a child. Or rather I had a lot of half-finished journals that all started with a similar version of the same promise, “This time I am going to write every single day…” It never happened. However, I was reminded of Charlie while reading through my journals from the early ’80s. A lot of the aforementioned scenes above, that I hadn’t thought about in 30+ years, all came flooding back. One night I was having dinner at my mom’s house and my daughter and I were playing with some of my old Hot Wheels in the middle of the living room. I told her the story of how I used to trade my brand new ones for Charlie’s old beat-up ones and how that really upset grandma Debbie. And then I felt the room go quiet.

I’ve never seen such a vacant look on another human before. It was as if my mother went away and was instead replaced by a husk of herself. She had a faraway look in her eyes. She was somewhere else. I asked her what was going on. She instantly snapped back from wherever she had gone and took a gulp from her wine glass. “Whatever happened to Charlie?” I asked. “It’s like one day he just up and vanished.” My mother instantly went faraway again and mumbled something under her breath that sounded like, “His dad got a job out of town and they had to move away.” She spoke in slow motion monotone, as if reciting a poem she had been forced to memorize as a child. Then just as suddenly as she had disappeared, she snapped back into the present moment, and looked over at my daughter for a good long while. Then she looked at me. She smiled, but the damaged landscape of her face, due to the emotional weathering of the past, convoluted her intended expression. Carefully, she asked, “Does Max talk to any friends?”

‘Ghost World’, produced by Joshua Cain (Motion City Soundtrack), will be released via Epitaph Records on 12th November. You can listen to the first track from the EP ‘Horse Racing’ here. ‘Ghost World’ follows the previously released ‘The Price of Salt‘, and ‘An Anthropologist on Mars‘ EPs which came out earlier this year.