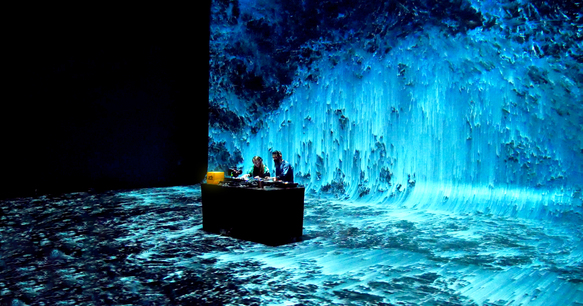 The Amsterdam Dance Event (ADE) is set to celebrate its upcoming edition from October 19th through 23rd, 2022. In addition to the festival program, the daytime business conference will be returning as well.

ADE 2021: A successful return of electronic music in Amsterdam
This year, in less than a month’s time, the Amsterdam Dance Event, in collaboration with the municipality and the city’s electronic music scene has confirmed 350+ events welcoming over 300,000 visitors. “Given the role that ADE fulfilled this year, it was perhaps the most important edition in its history,” according to Dutch national newspaper Volkskrant.

In addition to well-known festival events such as DGTL, Loveland and the DJ Mag Top 100, this year’s many highlights included Niklas Paschburg’s live concert in Concertgebouw, He.She.They at Shelter and Speedy J’s STOOR project in Paradiso, as well as Arts & Culture events such as the artist residency with Villa Buitenlust, Ester at Muziekgebouw and the energetic ARK Rave Studio sessions. The organisation also collaborated with Boris Acket, Chris van Meer and Lumus Instruments to symbolically signal the big restart of nightlife in Amsterdam with the art installation BAKEN (Beacon) on top of the A’DAM Tower.

Although ADE’s conference had already been cancelled in September, industry professionals were able to meet up and work at the ADE Business Hangout, and participate in a special innovation showcase edition of ADE’s monthly talk show ADE in Conversation. The show featured DJ Pierre, Colin Benders and industry leaders from Roblox and Universal Music Group discussing innovations in electronic music and its industry such as the Metaverse, all in a mixed reality environment where physical and virtual audiences came together in one room.

About ADE
The Amsterdam Dance Event (ADE), an initiative of Buma, has grown into the world’s largest and most influential club-based festival and conference for electronic music. The five-day event features every conceivable aspect of electronic music culture, with dedicated conference programming, an extensive arts & culture program, live music and DJ/artist performances, all spread across the city of Amsterdam. More information about ADE can be found here.