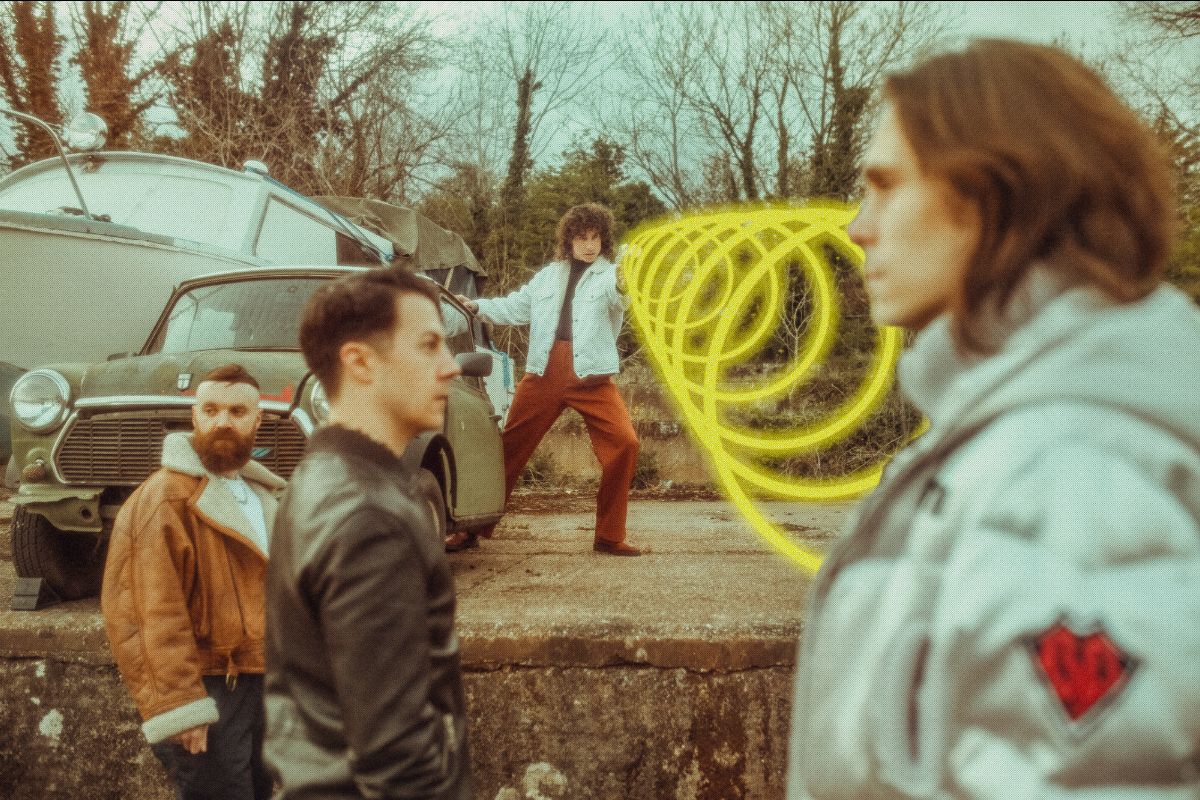 Don Broco have released their new single ‘Endorphins’ alongside a brand new video. The track is the latest to be taken from their forthcoming new album Amazing Things, which will be digitally released on October 22nd via Sharptone Records.

‘Endorphins’ is an unmistakable slice of Don Broco’s power, delivering yet another pulsating and infectious anthem. Overflowing with monstrous riffs, jagged synths, pummelling drums and a towering irresistible chorus, the track sees them blend their light and dark sides together.

The video is another brilliant addition to Don Broco’s catalogue of supremely inventive, creative and funny short films, with the band posing as shape-shifting super heroes battling masked villains in a martial arts, lazer-gun battle for supremacy… along with some awesome performance footage of them blasting out the track.

“Power Rangers was without doubt my favourite show when I was a kid,” vocalist Rob Damiani shared. “When my parents actually went through with a long threatened punishment of taking away the TV (I think because me and my brothers were fighting too much), it was the one programme I was still allowed to watch on a Saturday morning, albeit on the black and white TV in my Dad’s garden shed. After an ENTIRE YEAR of this (still can’t believe my parents actually went through with it – pure evil) for Christmas not only did they bring the TV back, I also got the Green Ranger’s Dragon Dagger for my present!”

“While writing Endorphins as soon as the line ‘mighty morphin into a piece of shit’ materialised I knew I wanted to live my childhood fantasy in the video and luckily the boys were up for it! Huge thanks to Harry Lindley and Elaina Mensing for all their hard work and talent making it happen, as well as letting me use my original Dragon Dagger in the fight against Scorpion King Beckham! We hope you guys all love the vid as much as we do.”

The band also recently unveiled a stunning live orchestral version of ‘One True Prince’, filmed in partnership with Amazon Music at the revered Abbey Road Studios in London. The epic track is rocketed into the stratosphere with backing from the London Metropolitan Orchestra, enhancing all of its most enchanting moments to create a spine-tingling, mesmerising rendition. Watch the performance here.

Fans have been wildly enthusiastic about the singles released through the summer, with ‘Manchester Super Reds No.1 Fan‘, ‘Gumshield’ and ‘One True Prince’ and ‘Uber‘ all being accompanied by spectacular videos that are as unique as Don Broco themselves.

Amazing Things is the band’s fourth album, and follows the release of 2018’s Technology, which was was a Top 5 album in the UK charts and has had over 100 million streams to date, and also 2015’s Automatic, which provided the band with their first Top 10 album in the UK. Unfortunately due to the ongoing supply and manufacturing issues currently affecting many artists, the physical release of Amazing Things has sadly had to be delayed until January 28th 2022. For full details on that, the band have issued a statement HERE.